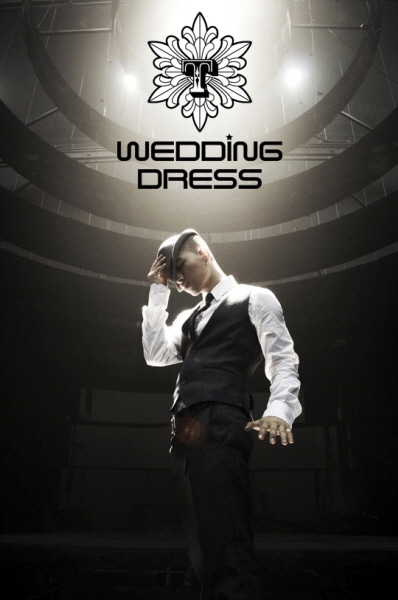 In South Korea, the 14th of April is also referred to as Black Day. It comes after February’s Valentine’s Day — when ladies gift chocolates and profess their love –, and March’s White Day — when gents return the favour –, thus ensuring the lonely aren’t left out.

Like everything else to do with love, broken hearts are more than ably catered to by K-pop. Sad songs for every type and degree of misery flood the scene, meaning we’re brimming with suggestions for playlists to score our sorrow. These songs typically have sad-looking MVs to match, with lots of sombre hues, eyeliner, and anguished looks into the camera, as a hand reaches out to tug at your heartstrings some more.

And the saddest of all the sad MVs in K-pop, arguably, is the one where our protagonist quietly drowns in the feels of his unrequited love as the object of their affections finds happiness in the arms of another. As if to underscore just how hopeless the situation is, these sob stories will inevitably involved a wedding to quash any hope that the situation can be reversed, that our protagonist will find love at the end of the MV. No, they will instead be (forever) alone, left somewhere in close vicinity to the alter.

Such morose MVs are perfect viewing for an occasion like Black Day, unless you are a member of Jollibee‘s marketing department, in which case you think it’d be just swell to give people all the anguished feels on Valentine’s Day — but I digress. Taeyang’s “Wedding Dress” is the most well known of its kind, but here I have highlighted some other MVs that also symbolise the end of a love with a wedding dress.

So grab a bowl of jjajangmyeon, and let’s get started!

The OG, this 2009 hit was the second single off Taeyang‘s debut solo studio album, Solar. Having been set up by the MV for previous single “Where You At,” “Wedding Dress” sees Taeyang in the throes of rejection at the wedding of the love of his life to another man.To add insult to injury, Taeyang’s also been asked to perform at the ceremony. Struggling to compose something for the occasion, “Wedding Dress” gives voice to his true feelings of selfishly wanting the object of his affections all to himself, lamenting that the bridal gown she’s wearing isn’t for him. After a dance break to a remixed “Wedding March,” Taeyang comes to accept the situation.

It’s not hard to see why he’s mad, though; as we see in the final scenes of the MV, he comes this close to spilling his guts, only for Mr. Groom guy to waltz up and steal his thunder by casually proposing on the spot. It’s meant to be read as more symbolic than literal, but seriously, who the hell even proposes like that? Taeyang does all the work of bringing the lady to a more private setting, and this guy can’t even be bothered to turn a corner before popping the question? He’s just like “thanks buddy!” before literally putting a ring on it. Man, even I’m pissed!

The sophomore release from Cube boy band BtoB, this was from when they were still in their “I Can’t Believe It’s Not Beast” phase. The MV is more eventful than debut MV “Insane,” with an actual plot and interaction between male and female leads, but just as dramatic in tone. While there is a wedding, this MV is the least like the others on the list. For one thing, our male and female leads are already lovers, though a melodramatic break-up (which isn’t prevented by a forced kiss, who’d have thought!?) puts an end to that.

Just in case you weren’t sure about the tone of the MV, the girlfriend decides to marry another, but the wedding is presented as more of a funaral, with everyone cllad in black. Male lead and member Minhyuk arrives just in time to stop the wedding and win back his girl, with a consensual kiss. And then he wakes up, because it was all a dream. Even so, “Irresistible Lips” is the only MV on this list that sees the protagonist be with the object of their affections at the end.

The only female entry on this list, if you consider the corseted dress being tried on by the girlfriend as a wedding dress. From the now-disbanded Chocolat (which debuted with five members, incidentally), “Black Tinkerbell” is angrier than the other songs here, taking on the jealousy shown by Tinkerbell over Peter Pan’s relationship with Wendy. With the 1956 Disney film as reference, the Chocolat members cast the ‘Wendy’ snide looks and pull a couple of petty moves to let off some steam as they sing about being too “small” to receive the romantic attention of their ‘Peter Pan,’ and attempt to console themselves with some sexy splashing.

Though part of Jun.K‘s solo oeuvre, it is fellow 2PM member Nichkhun who stars as the poor sap who has to watch Twice‘s Nayeon marry someone else. MVs on this subject are typically drama-oriented, but “Your Wedding” takes a more minimalist approach that works with the stream-of-conciousness style of the lyrics. Details are kept to a minimum, with the focus squarely on our two non-lovers. And while Nichkhun looks handsome as he attempts to emote, Nayeon steals the show with her bright smile, the white of her dress contrasting beautifully with the blank, black background.

The only other setting we see is the announcement of the wedding to our protagonist, a must for Wedding Dress MVs. Jun.K imagines hesitation on Nayeon’s part, which may or may not really be there — was this an opportunity that our doomed hero failed to grasp, or was it merely a flight of fancy, to imagine that she may have feelings for him? Either way, we never find out, as Nayeon happily ties the knot with her mostly out-of-focus groom, while Nichkhun conjures beautiful portraits of his love that contain the hint of forbidding that comes with coveting someone else’s bride.

If you haven’t watched this MV yet, you need to drop everything you are doing and hit play on the video above. I don’t care if you don’t have your headphones on you and are in class or an important meeting — race down to the front, pull the MV up on a big screen, and make everyone watch it with you. And film the whole thing, because reactions to this MV are worth their weight in gold.

Seo In-guk stars as the forlorn third wheel who sees the relationship his love is in blossom into marriage. His frustration bubbles over as he races down the highway, recounting the events of his sad tale. It isn’t until you get to the end that you realise that he wasn’t in love with Dasom (of Sistar) at all, but with his male friend, played by Ahn Jae-hyun. His rough behaviour towards Dasom wasn’t the usual violence we excuse as poorly expressed love, but jealousy over the person who gets to be with his friend, gets to cuddle him in public, gets to marry him.

Save for a couple of short moment — when Seo In-guk reaches out to Dasom in the car, and appears to stroke her image on the photograph — there is little to indicate that it was Dasom is the one being pined for. “Please Don’t” cleverly subverts our expectations with little effort, letting our own inherent biases and prejudices do the heavy lifting. It is the most natural and effortless of all the MVs in this list, making it one of the must-watch MVs of K-pop.

Though a J-pop song, there was no way a list like this could not include this ballad from DBSK, known as Tohoshinki in Japan. Translating to “why did I fall in love with you?” the MV for this 2008 single adds introspective lyrics to the mix, the protagonist pondering why they were unable to act on their feelings as he learns of his college friend’s wedding, attends it, and joins the rest of the guests in blessing the happy couple.

The song’s message takes on an extra level of sadness in the MV, when you realise that the female lead, (Japanese actress Fuuji Mina, who you may have seen in Shinhwa‘s “This Love” MV, as well as WGM‘s global spin-off), is aware of her friend’s feelings. This is especially clear in the final seconds of the MV, when she looks back. Whether she returns these feelings or not is open to interpretation, but her awareness and non-rejection of these feelings, if her consideration towards him is anything to go by, makes you think about what could have been.

Reades, what is your favourite Wedding Dress MV? Naturally, this list is not exhaustive, so if there is a MV that you think belongs on this list, share it in the comments below!