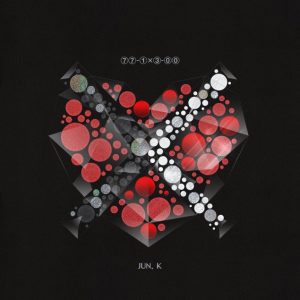 un.K has recently released his new solo album 77-1X3-00! With his enlistment date coming up at the end of the month, this will be his last Korean album before he starts his mandatory service. His singles and title tracks have always been within some sphere of R&B, hip-hop, and jazz; it would be a worry that they would eventually start sounding boring and too similar with each other, but Jun.K’s work has yet to be a bore. He’s managed to carve out a specific musical identity for himself, and he’s doing a great job working with his strengths and exploring what else he can do.

Something that the album has in spades is cohesion within each song. There aren’t any songs that don’t work with Jun.K’s style. His tracks all have a clear emotion and mood to them, and they’re all well-produced. This is, on a whole, a decent album, with if there are a few problems here and there.

The album kicks off with “Alive Pt 2”, and it’s a good song to start with. It has a playful beat, and introduces the song with something of a counter rhythm. Counter rhythms in general are unusual, and despite the fact that it’s lighter fare than what Jun.K really seems to favor, he makes it work for him. It’s interesting to note in the second verse that he doesn’t reuse the exact same synths and beats as in the first verse, bridge, and chorus. Instead he tweaks the sound slightly so that it strikes a slightly different tone, while still fitting into the song. Although there’s something to be said about Jun.K’s ability to rap and do a rap breakdown, his rap segment is well placed within the second verse and it flow well with the bridge and chorus. Something that is a bit problematic, however, is what comes next.

“No Shadow” is typical Jun.K fare and while it’s a nice blend of R&B, hip-hop, and jazz all at once,  but it doesn’t really flow well from “Alive Pt 2”. The change in the mood and emotion of the song is sudden and rather jarring, and it breaks the listener out of the listening experience; considering the other songs in the album, maybe “No Shadow” should have been placed further down the list. It could have improved the flow — and as a song with an MV, it could have built some anticipation when that first brass note hits.

As an individual song, it’s well-arranged and balanced. It’s still so interesting how Jun.K can have the entire mood of the song start off with that blend of R&B, hip-hop, and jazz, and then when the second verse hits, drop the bass strip away the R&B and jazz so that only the trap snare is around without ruining the flow of the song. Tracks like this really let his vocals shine; he can work that unique tone of his to his advantage and layer his vocals. Using a genre like trap also lets him get a little more playful with his rapping. While the rap breakdown is a little over the top, Jun.K has great skill as an artist and his talent as a producer could improve even further.

The flow from “No Shadow” to “Goodbye” is a little on the strange side. They strike a similar vein of emotion, but their moods and tones are still quite different; the transition isn’t horrible, per se, but it doesn’t seem like a great choice. If “Goodbye” has been before “No Shadow”, the flow might have worked better. Jun.K really plays with funk here, and it balances out really great with the R&B element of the song; his rapping here also seems more natural and flows better.

“Goodbye” transitions into “Phone Call” okay, but going from “Phone Call” to “Goodbye” might have worked better. The thematic elements of the lyrics would have ended up going in a more logical sequence, and they strike pretty similar in terms of the emotions. “Phone Call” is moodier and brooding, while “Goodbye” is more forlorn and resigned. He uses a heavier R&B and trap influence here, and the stuttering of the snare really helps to strike the mood, while his layered background vocals contrast nicely with his harsher leading vocal.

It’s hard to understand why, but the transition from “Phone Call” to “Mary Poppins” actually sounds pretty nice; maybe it’s because the mood of the last three songs has been so sad and mournful. “Mary Poppins” floats in like a breath of fresh air, with mid-tempo burbling beats; it’s sweet and flirty, almost sort of domestic. The water droplet noises are a charming addition, too. His rap breakdown here is also at a mid-tempo, sing-rap, which seems to suit him better than his other attempts on the album. His vocals are softer, floating, and layered, and it helps to work with those light R&B beats. It’s also what makes the next song feel a little out of place. 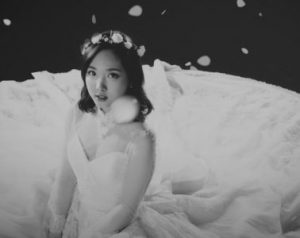 The mood of “Good Morning” is similar to “Mary Poppins”, but the beats and synths and the tones are so mainstream k-pop. It’s not what someone really expects from Jun.K. He does make it work, but placing near the beginning of the album probably would have made more sense. It’s light and bouncy, but not annoying or boring. It sort of has a synth-jazz beat, and it’s a nice, layered song that lets Jun.K tap into the happy-ballad genre.

“Mary Poppins” segues really well into “Walking on the Moon”, which has a lot of jazz and R&B influence within it; it’s more dramatic in terms of the mixing and arranging, but Jun.K really controls that intensity of the overall song with his singing. He can croon sweetly to lighten it up, or edge at a growl to bring more weight to the song. There’s not a moment in this song that’s really boring or out of place, really.

“Just One Night” actually helps maintain the tone with how it starts off — it allows something of a build up using similar beats to “Walking on the Moon”. Like many of it’s predecessors, it showcases strong jazz influences through the instrumentals and the way that the female background vocals are layered behind him. With so much layering, Jun.K has a lot going on within the soundscape, but that doesn’t muddle the song or cause confusion. His little singing breakdown has what I personally think is the best chord progression in the entire album, and he gets to show off how strong and how boldly he can sing.

Moving from “Just One Night” to “Love Letter (Remix)” the similar tempo, jazz elements, and instrumentals underneath the hip-hop beats and the trap snare bring even more cohesion of mood. “Love Letter (Remix)” is fun and high-spirited, a bit similar to how a musical number would sound. In that way, it runs a little more mainstream than the rest of the album, but that isn’t necessarily a bad thing: it helps to slow the song down, and set a bit of a tone.

The final song of the album, “Your Wedding” is perhaps the most personal, making it a great note to end on. The slow down from “Love Letter (Remix)” helps to get the tempo in place, and the instrumentals help to create a mood of longing and wondering, without dragging. Jun.K does some amazing singing here, and it’s impossible to not be captivated: every single syllable is articulated, and the slight scratch to his voice works beautifully to convey the vulnerability of the ballad. Ballads can be boring and the instrumentals tend to build up in a predictable and cliche sort of manner; the instrumentals for “Your Wedding” could be accused of the same, but Jun.K really nails the vocals here, emotion-wise and performance-wise.

Overall, Jun.K seems to have written a love letter of an album to his fans: from the darker songs that touch upon the idea of loneliness and longing, to the lighter songs that touch on a sort of sweetness. Every song is about a different facet of love, shining at its brightest and sharpest. Maybe he’s trying to tell his fans about the kinds of lives they’ll live, and how they’ll feel now that some of them are grown women and not just teenage girls anymore.

Jun.K’s been through a lot during his career: the loss of his father, this own successes as an artist, and now he is gearing up to enter the military. Maybe in ten years, he’ll be married and have a baby on the way. His fans were young students in middle or high school, growing into college students, career-women, wives, and mothers. This could be Jun.K’s way of reflecting on how time has passed and he’s experienced so many different types of love, and now he’s sharing that with his fans, as a goodbye present. As an album,77-1X3-00 has some flaws, but I think that he’s constructed something really meaningful for his fans, and he deserves credit for that. 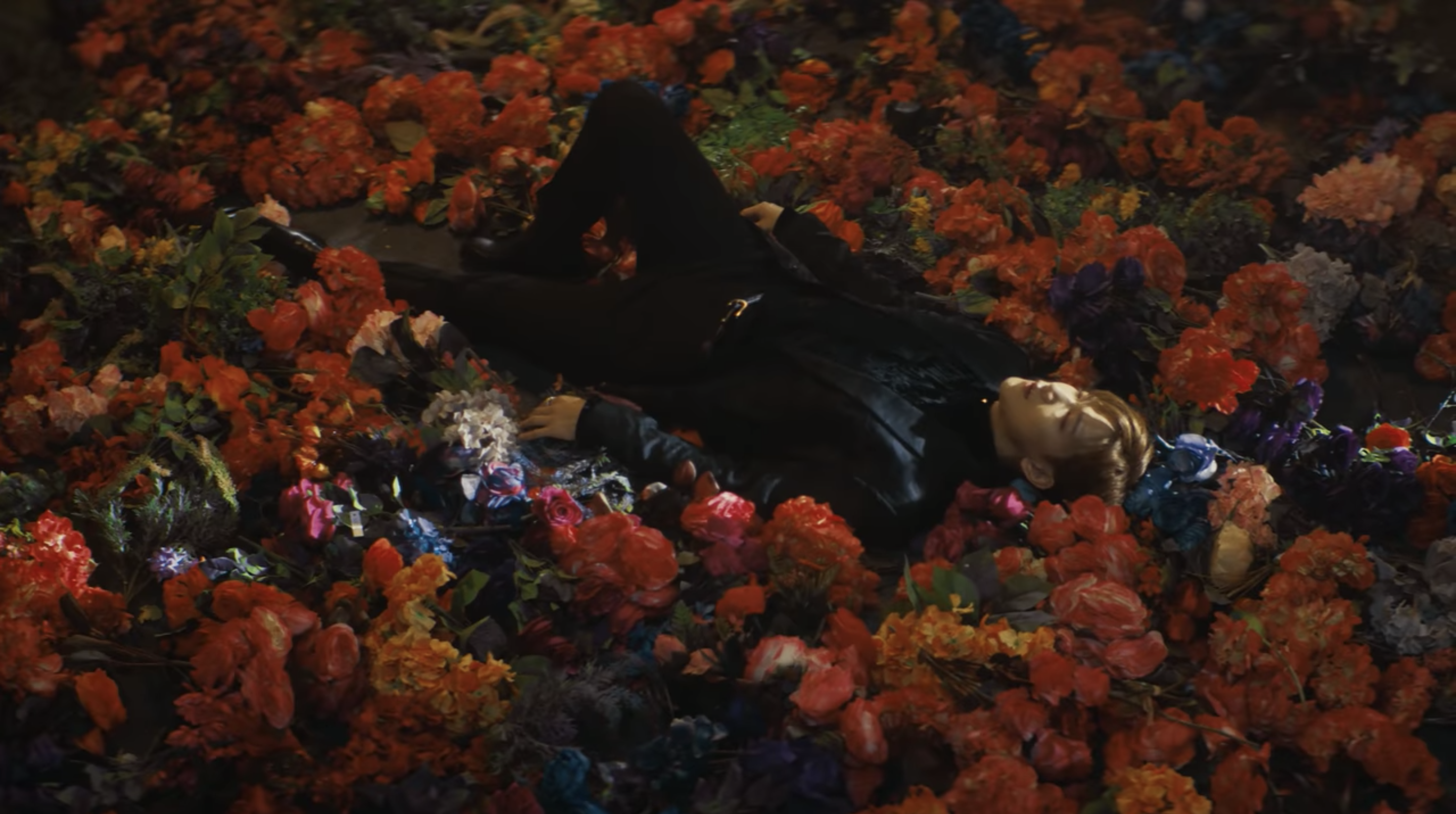 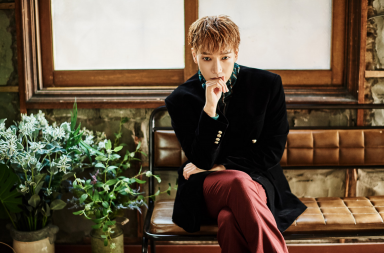