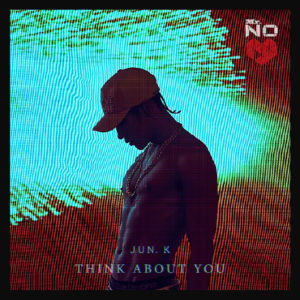 Following last year’s Love Letter, 2PM’s talented vocalist Jun.K gifts fans his second Korean EP, third overall, Mr. NO. 2PM is not at all on my radar, but members of GOT7 were putting the album on heavy blast on their Instagram accounts, so it was hard to ignore the attention it seemed to be getting. The way the album started, I was prepared to be blown away.

Opening and title track “Mr. NO” really was a great way to begin the album. Jun.K makes it clear the track’s sole purpose is to reacquaint himself with his listening audience. The opening proclamation of, “Let me introduce myself,” suggests Mr. NO is a more intimate peek into the man himself. With the following track and lead single, I was certainly ready to get to know him a bit better.

It’s no surprise “Think About You” is the standout track. The teasers alone intrigued me enough to actually listen to the whole album. After all, if the lead single was any indication of what kind of music we’d be getting from Jun.K this time around, I was ready to give myself over to his cause. It’s a syrup-sticky tune, sexy and unapologetic. One gets the impression his thoughts about his love interest are anything but pure—images of rumpled silk sheets and red candlesticks melting down to the wick. His emotion is most certainly heaviest in the song, reaching heights and exploring the full force and breadth of his voice instead of falling back on contrived sensual whispering or overexaggerated falsetto. It’s grown ’n’ sexy at its best, sultry smooth, deep-penetrating R&B. It was both incredibly smart and damning to put this song at the beginning of the album. After a quick introduction of the album and Mr. NO himself, an entrance like “Think About You” would pull any listener in.

Unfortunately, after that point the album falls a bit flat. “Think About You” sets the album’s peak so early that anything that followed was sure to start a slow descent to mundaneness. “Better Man” takes a step down from the adrenaline rush of the previous song, but it still works as an emotional and honest look into Jun.K’s heart. The shift in musical direction (from throbbing R&B with a heavy backbeat and warbling work on the soundboard to a bare, mostly acoustic piece that’s more vocal than composition) definitely drops the mood a bit, if for no other reason because the intent of the tracks are so different in scope and execution.

Thus the rest of the album sort of falls into a sliding downward shift, most of the momentum picked up and lost after the first two songs. “Better Man” notwithstanding, Mr. NO in and of itself isn’t much of a departure from 2PM if we think about it. It’s pretty basic pop music that’s a bit rougher in texture around the edges but overall just a shiny piece of idol pop. And really there’s nothing wrong with that, but the album’s opening promised something rugged, mature, sensual. While the work itself is mature in terms of content and music (not being so much bubblegum as standard adult contemporary), there isn’t anything here that wouldn’t get lost on any pop station. 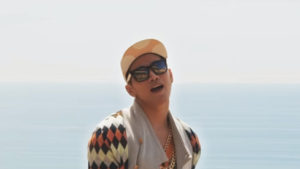 That’s not to suggest the album overall is terrible. Quite the contrary. It’s polished, well produced. The songs as individual glimpses into Jun.K’s talent are okay, just not particularly memorable. A song like “Surfing” is a pleasant listen for a sunny day, but nestled between “Young Forever” and “My House” it gets swallowed. On the left, a track that’s pretty uninteresting sans the liberal use of the 808, which saves it from becoming too terribly saccharine; on the right a track that outshines it a bit in terms of production.

Follow that with another piece of acoustic fare, “Don’t Go,” a lovely duet with pretty-voiced Baek Ah-yeon, and “No Love Part 2,” Mr. NO is severely unbalanced. The album’s closer does little to live up to how it began. “No Love Part 2,” is another attempt at something a bit rough and tumble, but it doesn’t quite have as much an impact as “Think About You” or its 2014 predecessor. It falls mostly flat vocally (with put-on growls and stilted attempts at soul that sound more like an SATB chorus boy attempting R&B) and with the inclusion of San E (bit of advice, idols, adding a bit of cussing in your tracks doesn’t make you “down”; you just come off as a bit of a tryhard).

Ultimately, Mr. NO peaked early, then plateaued into decent music with unbalanced album construction. While commendable, it’s simple R&B, safe. Typical radio fare that mostly shoves pop music into an R&B template. I do applaud some of the efforts to be as close to the raw sensuality and emotion of modern R&B, and can get behind some of the composition, but Mr. NO adds nothing to the conversation. It’s just another album from a talented singer.