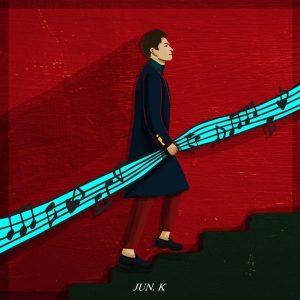 Jun.K of 2PM has returned with his third Korean solo album titled My 20s, which, as the name suggests, recalls this decade of his life as he recounts memorable moments in hindsight. It is kept short and sweet with five tracks, and Jun.K took part in composing and writing each and every track.

In an interview with CBS News, Jun.K sat down and talked more about stories behind some of the songs; he actually turned to his (very) old Cyworld account to draw inspiration from. He describes this period of life as one of growth as well as of many experiences, including positive ones like developing a close bond with his 2PM members, and devastating ones like losing his father. These closely intimate memories, told through music, largely sets the more mellow and nostalgic tone of the entire album.

“I’ll Be Honest,” a mild upbeat, groovy jam, is the perfect track to kick off the album. Inspired by elements of jazz and R&B with a quick-moving bass line and heavy use of vocal harmonisation to create a fuller texture, there’s a warm and cheery feeling to the track. The use of harmony in the vocal line is carried on to “From November to February” featuring Jeon Somi, which features light and dulcet melodies. At first, it was a little difficult to tell that this was actually a duet, since the duo’s voices simply melded so well when the two sang together, but the layered effect with the delicate perfect blending of their vocal colours is actually the highlight of the song.

The album quickly takes a turn to go down a more nostalgic route with the next two tracks, “Moving Day” and “Why” featuring Park Jimin. “Moving Day,” the slow R&B-inspired title track, describes memories with a past flame. It was also inspired by him moving out of his old home, which he likens to his breakup. Nostalgia is the perfect term to describe the track, both in terms of the tender melody and the yearning described in the lyrics:

The TV in front of the sofa

Over the candles on the table

We used to meet eyes

Why do I long for it so much? 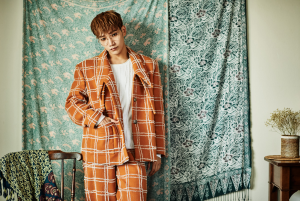 “Why” is a little lighter but is still charged with tenderness and emotion. Unlike “From November to February” which had very few solo parts for the featuring artist, this track features more of Park Jimin; instead of blending together, Jun.K’s and Park Jimin’s voices aim to complement one another, with more of a call-and-answer concept that works very well with his rich and expressive tone and her delicate vocal colour.

My 20s finishes off with a track of the same name, featuring Double K. It’s the “toughest” track of the album, taking a turn from the tender melodies to inject a bit of hip-hop. The song transitions between the rap and singing parts seamlessly, with a heavy bass line to round off.

As an avid listener of his previous solo work, Jun.K has been very consistent with his style — smooth and R&B-inspired are features of his music. This album is no exception, being a very easy and comfortable listen for the cold season. With his heavy participation in the making of the tracks, it’s clearly evident that he really put in a lot of himself —his experiences and emotions — into My 20s, which is perhaps what makes the album so genuine.