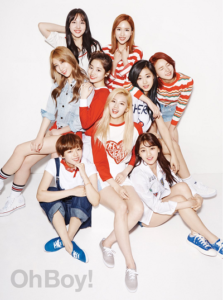 While we may not all agree on how many K-pop generations have passed since the first K-pop groups hit the Korean music scene, we can all agree that we are in a new era of K-pop. Recently, industry experts were asked who they think will lead this new era, and the answers they gave included BTS, Seventeen, G-Friend, Twice, and Mamamoo.

This week we ask our team: which groups do you think will lead K-pop in the years to come? Do you agree with the suggestions above, or do you have other names you would like to throw into the ring?

Lauren M: I think BTS is pretty obvious. They are on the path to be the next legendary group to come out of K-pop. Same with Twice. No rookie group has risen as fast as these girls in recent memory.

Some other groups that have the pedigree to make it big are SM‘s mysterious new group NCT and YG‘s faves , iKon. Neither of these groups has impressed me yet, but they have the backing and resources behind them to last a long time. Both of these groups seem to be amassing growing fanbases, but only time will tell if they will ever get to the same level as their famous label mates. iKon has Bobby, a rising star in his own right, but so far their releases have failed to gain traction with a lot of international fans.

Popularity in South Korea, China and Japan is very important for any group, but in order to become a truly legendary group, they have to be popular all over the world. I’m sure YG Entertainment is already cooking up some kind of solution to this problem. NCT’s concept perplexes me, but SM mints money and has perfected the art of building a fervent fanbase, so I’m confident they’ll hit big.

Gaya: I would not discount Exo‘s fan-cum-selling power, though BTS is really giving Exo a run for their money. But Exo’s greater domestic popularity means that they are one of the most prominent groups in K-pop right now, and with SM backing them they will be at the forefront until SM is ready to replace them with NCT. 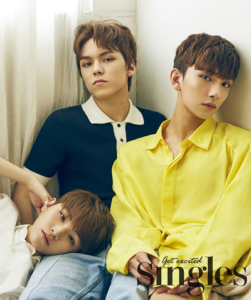 Lauren M: The groups in a shakier position are Red Velvet, Seventeen and Mamamoo. Red Velvet had a lot of buzz with “Dumb Dumb” and “Ice Cream Cake”, but their last title track seemed to kill a lot of their hype. Seventeen has everything going for them except for a reliable company. So far, Pledis has done a lot of things right with Seventeen and I have hope for them in the future. But bad management has and will ruin a group. I’m rooting for Seventeen, though. After seeing them at Kcon NY, I think they definitely have that special something that makes these charismatic kids stand out from the pack of other rookies.

Same with Mamamoo. These girls shine brightly on stage, but only time will tell if they’ll be able to keep up their momentum. I personally think that their next few title tracks will be critical. Their music has to keep evolving in order for them to maintain their momentum. G-Friend is in a similar position. I don’t think they have the star power of Twice or Mamamoo yet, but they have the grit, determination and company backing to make it to the top.

Gaya: G-Friend and Mamamoo are definitely groups to watch out for; with solid management and skill, they can only go up. Twice worries me in this regard, because I don’t really know where they will go from “Cheer Up.” I can see them doing more of what’s popular, and I worry that they may stagnate.

YG-wise, I think Black Pink is a group to look out for — their addition to the number of groups avoiding ‘pastel’ aesthetics and concepts is much needed, and sets them apart from their big name contemporaries. iKon will also rise as Big Bang members enlist, while Winner will be more like a comet, shooting past occasionally and giving us some nice music.

Qing:  That comet metaphor fits Winner to a T. It also explains why I’m not too sure about whether Black Pink can make it to K-pop leader status like their sunbaes 2NE1 and Big Bang. They’ve started on a strong foot, but these years YG doesn’t seem to know what to do with their artists after much-awaited, appreciated, and hyped debuts. They tend to space out the promotions of each new group so far apart that the group’s popularity just loses momentum, which is really sad considering the skill and potential of their rookies. 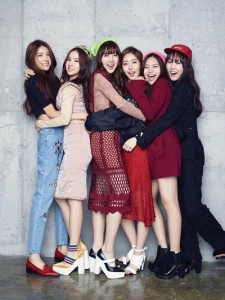 On the flip side, there are rookies like Twice who have shot to fame, but risk being over-promoted and lacking the time to pack on stronger vocal and dance skills they need to succeed in the long-term. In this respect, I think G-Friend is on more stable ground because they have a better foundation in terms of vocals. So for them, the sudden influx of schedules and the rather frequent comebacks aren’t going to diminish the quality of their performances, at least not for a while.

I don’t know if G-Friend has a huge fan base, but it seems from their performance on charts and music shows that they have mass popularity that can push them to greater heights. The same goes for Mamamoo; I feel like their growing popularity goes beyond a growing fan base. While I was cycling along Han River in Korea there were actually quite a lot of ahjussis breezing past with Mamamoo songs blasting from their portable radios.

For boy groups, Seventeen is definitely on the rise, aided by their fresh image, their composition skills, and of course their energy on stage, among other factors. But their aggressive schedule is taking a toll on many members’ health, which is worrying. And I just don’t know how financially stable Pledis is right now; they used to be in a bad spot, maybe they still are, since an After School comeback is nowhere on the horizon. If Seventeen continues being overworked like this and are denied royalties for their composing and producing work, it doesn’t bode well for their career.

Lauren: Two groups that I don’t think are even in the running are GOT7 and Winner. Both are doing well and already have popular members, but I personally never see them getting to top tier level. Winner is a niche group and there’s nothing wrong with that. I enjoy their blend of rock, balladry and melodic rapping, but they don’t have the range or appeal of a group like BTS or Seventeen.

GOT7’s problem is that there’s nothing particularly exciting or standout about the group’s image or sound. They’re known more for their relatable personalities than their music. That’s a recipe for a solid fanbase, but not top status. Maybe they’ll prove me wrong, though. There’s still a lot of time for all of these groups to write and re-write their own pages in the K-pop history books. 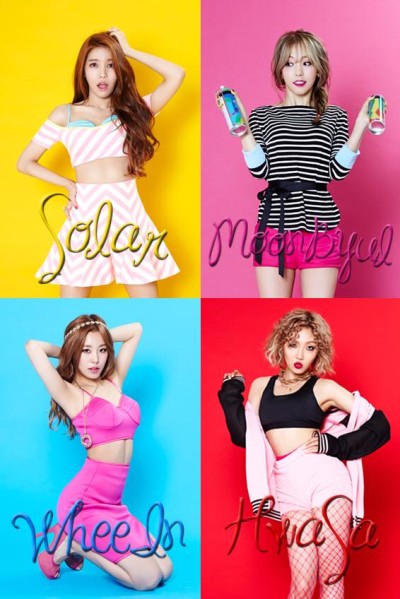 Gaya: Ahjussis on bicycles listening to Mamamoo… I bet that looked as adorable as it sounds, Qing!

Denying royalties may be the only way Pledis is willing/able to make Seventeen comebacks happen, so I don’t see this changing unless Seventeen hits it big with their next comeback with a national hit on par with “Gee,” “Abracadabra,” “Growl,” or “Sorry Sorry.”

And I really want to say that 2NE1’s absence will push YG to promote his girl group more… But then I remember that 2NE1 wasn’t promoted that much in the first place. There seem to be some changes happening, though, like the creation of sub-labels and bringing on fresh new producers like Rebecca Johnson (whose credits include both Black Pink singles and “Eyes, Nose, Lips”); so hopefully, we see things change. And if the aforementioned things don’t do it, maybe Lee Jong-suk can help convince YG while he’s ironing his clothes, or buying his coffee, or performing some other menial task I fantasise about Lee Jong-suk making YG do whenever I think about this company, its artists, and the fact that the place is so understaffed that YG has to step in as Lee Jong-guk’s manager.

Lauren M: I’m going to throw some dark horse contenders into the ring. Oh My Girl has interesting concepts and are gaining buzz for their visuals and their capable rapper, Mimi. Monsta X’s latest comeback, “All In” proved to me that they might have more depth and staying power than I originally thought. I know next to nothing about Astro, but they do have buzz on social media. None of these groups’ fortunes look particularly promising right now, but the tides may shift in their favor. All it takes is one hit, after all. And if YG’s Black Pink may end up giving Red Velvet, Twice and Gfriend a hell of a lot of competition.

Qing: I’m seconding Lauren in the Monsta X wild card. “All In” hit a unique aesthetic and a music style that matches them well. The group comes from a company with exceptional vocals (think Sistar, K.Will, Yoo Seung-woo) and their skills show in MR removed performances. They are definitely potential contenders, and their next few comebacks will be crucial in determining their direction.