Jay Park Is Bitter But Cute In "The Truth Is" 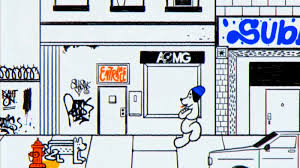 Although Jay Park first made his debut in the Korean music industry as the leader of JYP boyband 2PM, his departure from the company and subsequent return as a solo artiste was what cemented his place as one of the most versatile artistes in the industry. The troubled beginnings to his career are also testament to the fact that sometimes talent needs no management.

Since his solo career debut, the AOMG co-founder has shown that his expression of his art can and does cover a range of genres. Nonetheless, his recent albums such as Evolution (2014) and Worldwide (2015) have been on the heavier, edgier end, focusing primarily on raps and beats. Furthermore, his stint as one of the producers on Mnet‘s 2015 reality show Show Me The Money 4 only served to compound his already prevalent image as a hip-hop artiste.

But his recent release “The Truth Is” reminds us that, really, it does not matter what type or genre of music Jay Park is classified as; what is important is that he produces music that he and his audiences both enjoy. Produced by the Groovy Room team a year ago, the release of this track was repeatedly delayed but has finally seen the light of day as the second pre-released track to his latest EP Everything You Wanted. 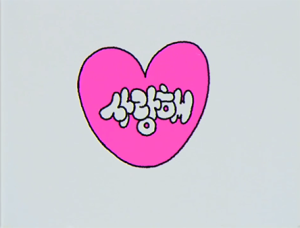 Upon first listen, “The Truth Is” reminds one strongly of Jay Park’s 2013 hit single “Joah.” Although quite the opposite in terms of lyrical content, both tracks are of the R&B style and have a similarly relaxed, throwback kind of feel. Starting off with the twang of the electric guitar backed up by the use of synths, “The Truth Is” is groovy and laid-back, prompting the listener to sway along with its high hats. While not unpleasant, the first part of the song leading up to the first chorus is a tad messy, with a little too much pitch bending on the electric guitar for a comfortable listening experience. This is markedly reduced later on in the song, thankfully, and is replaced with a strong drum beat which gives the song more texture and body.

While the melody itself may not be much of an earworm, the lyrics are brilliant. In his teaser, Jay Park explained the content of the song, which describes the various stages of a boy post-break-up. He goes through denial and facades, but the section that really takes the cake is where he, a spurned sour grape, wishes ill on his ex-girlfriend.

This section deserves special mention because, first of all, it is not common for love songs (or any song at all, actually) to include such lyrics. How many songs actually want to talk about going to the toilet or the time of the month? And this is exactly what makes this song so great. Without this lyrical acumen, the song might have simply been relegated to the back of the audiences’ minds as another “one of those break-up songs” with nothing special. At the same time, the lyrics in this section are so particularly memorable not only for the aforementioned reasons but also because they are so true. The misfortunes that Jay wishes on his ex-girlfriend are not evil, cosmic catastrophes; they are small daily inconveniences that are so real, which makes them all the more hilarious.

And if the song doesn’t manage to snare your attention, the music video definitely will. While almost all animation videos are cute, this stands out with its attention to detail. The protagonist takes the form of a dog, who looks like some kind of hip-hop, bad-ass version of Snoopy, and we follow him on his little emotional journey. Small quirky details such as the inclusion of the words “AOMG” outside the cartoon office and the featuring of a cartoon duck (Ugly Duck, probably) as the dog’s friend make the video all the more endearing. 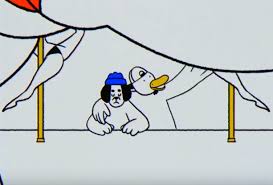 In addition, the font used for portions where the lyrics appear are even very much in line with the character of the video, thereby weighing to give the MV a nice, complete touch. Finally, at the end of the music video, the screen remains blank apart from the words “I’m sorry,” and a single cartoon rose petal falls. This final scene is particularly apt, as it finally brings the audience to the fundamental message of the song: Despite all the petty, childish things that Jay sings about, he is just sorry.

On the whole, “The Truth Is” is not too much a departure from anything that Jay Park has done before, though, with a discography as dynamic as his, it would be quite hard for anything to be out of the norm for him. Nevertheless, this single still stands as a solid release, and it should have no problem in captivating its audience.

Did you enjoy Jay Park’s latest single as well?