We’ve made it to the Final Four of Seoulbeats March Madness 2016: Battle of the Classes, and now it’s finally time for the classes to battle! And perhaps to no one’s surprise, the females are the ones who’ve come out of the Elite 8 with the upper hand, occupying three of the four semi-final slots. The remaining contenders have so far defeated all challengers from his/her debut class, but how will they fair against one another? 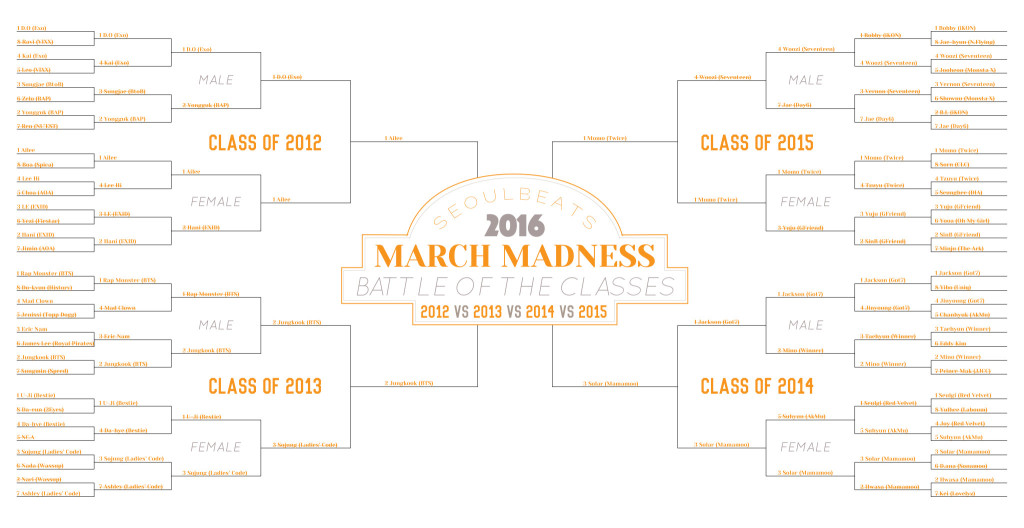 Jungkook is the only male contender remaining and a favorite to win it all. Will he lead the class of 2013 to supremacy? Or will one of the ladies lead her class to victory?

As the polls grow fewer, the rounds get shorter. Voting for this round concludes on Tuesday March 29 11:59 PM EST. Refer a friend!