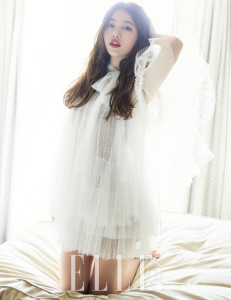 Happy New Year and welcome to another edition of Comments of the Week, where we look at some of our favorite comments from the week past. As we had missed last week’s edition, this will be covering two weeks, which is a lot of time. So, let’s have a brief recap of what was talked about, shall we?

In music, we reviewed Dal Shabet‘s “Someone Like You,” and iKon‘s “What’s Wrong?” and “Dumb & Dumber.”

In socio-cultural articles, we discussed men in the kitchen and in Seoulbeats Roundtable, there was a discussion on the use of the N-word.

In regular Seoulbeats Segments, the Sunday Social for 12/27 asked readers when they were embarassed of their stanning, and the one for 1/3 asked how you welcomed the New Year. For Your Viewing Pleasure was on dreamy aesthetics and also covered the awards season, and there was the regular Best of Weekly Music Shows for 12/27 and 1/3.

As it was the end of the year, there was also a recap of the annual year-end Gayos (SBS, KBS, and MBC) and the last of the Seoulbeats End-of-Year reviews was posted, covering the Albums of 2015.

Finally, Seoulbeats has opened up recruitment to be part of the writing team, so check that out!

And now, on to the comments we liked these past two weeks. 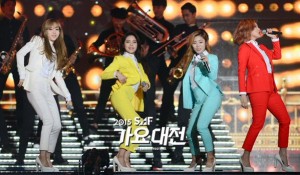 I can’t help but wonder just how uncomfortable those outfits were for Red Velvet because they looked absolutely miserable the entire time. They tried, bless their hearts, but those put-upon “oh, the camera’s on me right now” smiles didn’t cover anything. So hard to watch, especially with that video being right between the endlessly energetic Mamamoo and Seventeen, who seemed to be having a riot playacting at being Bond.

I wasn’t the only one who felt that the MV screamed Big Bang then? Thank god. I was so scared to voice it out, fan girls of rookie groups can be really scary at times, hehe… The big hands thing reminded me of GD‘s big feet in “MichiGo.” And a lot of other scenes reminded me of “Bangx3,” not in a good way.

I don’t know why YG keeps pushing iKON as a non-BB-like group when they clearly are. I mean, look at the image they have painted for themselves, and the B.I and Bobby colab in “Anthem.” iKON is clearly following BB’s footsteps more than any other YG artist. And if they aren’t, YG fail’s to let them find their own footing. Over promoting them like that; double tittle, multiple MVs, stage time same as the older and more popular groups; is all just bringing in apprehension from k-pop fans alike. And if I am not wrong, the general excitement surrounding them has come down.

I just hope these kids find what really defines them soon, because they are talented, otherwise they are going to be remembered as a group with all noise and no real substance. 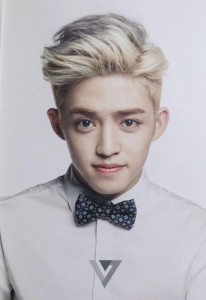 Lenny on Roundtable: The N Word

Cjontai was onto it with the fan response. ‘Protecting’ idols from backlash, coming up with convoluted reasons why something shouldn’t been considered offensive or playing ‘my bias is ~less problematic~ than your bias’ doesn’t solve the problem; it perpetuates it. Learning from mistakes is hard but it’s necessary. As the writers pointed out, this has been talked about in Kpop circles enough that everyone should know what kind of inappropriate slur the n word is, or can easily look it up for themselves. It has to be wilful at this point.

What really made me angry in this incident was the number of fans who were telling people to get over it or that it wasn’t a big deal. It is a big deal, and saying anything else is hugely dismissive and disrespectful towards everyone who has had that slur used against them. Speaking a language with words that sound similar to the n word doesn’t give you a free pass.

Honestly Social Justice and call out culture is becoming toxic. it’s coming to a point that you can’t fuck up. If you do you are a horrible person and you will have self righteous dickheads on your tail forever.

Do not apologise or defend bigotry but there’s no need to dissect people’s histories and personality because it’s so malicious and the only reason they do it, it is to feel better about themselves.

Don’t expect from your faves to never fuck up and because they haven’t done it in public doesn’t mean they are better than others because who is perfect in this world?

That’s it for this week! Thank you to all those who read and commented and see you again next week.