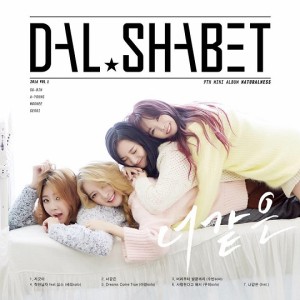 It’s been close to close to 10 months since Dal Shabet was active in Korea with “Joker,” making it the perfect time for a comeback with their new track “Someone Like U.” Yet this comeback, timed to coincide with their 5-year anniversary, is marred by the departure of Jiyul and Gaeun, leaving a quartet to carry on. And how do Serri, Ayoung, Woohee and Subin do? Pretty freaking well, actually.

“Someone Like U” is, to be honest, a flaw-ladden sugar rush of a song. That said, it’s a fun flaw-ridden sugar rush which managed to take average to decent parts that combine into a solid whole. There are numerous small problems with the production of “Someone Like U”: the mix is very thin, the instrumentals are bordering on unbearably saccharine, and the vocals are over-processed, resulting in a tinny sound. Yet instead of suffering the death of a thousand musical failings, “Someone Like U” manages to balance most of the flaws.

The overly sweet synthesizers that dominate the mix are balanced by drums and brass buried in deep in the mix. While somewhat unnoticeable unless you’re listening for them, having the bass means that “Someone Like U” avoids the cloying feel that plagues a lot of synthpop. The over-process on the vocals adds to the artificial 80s-esque sound of the track, sounding intentional rather than incompetent. The vocals themselves are killer, filling out a lot of the mix and managing to balance the high and sweet sound needed to mesh with the production with the touch of bitterness needed to sell the lyrics. 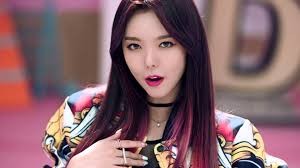 And oh my, is bitterness needed for “Someone Like U.” The lyrics are easily the best part of the song. When Dal Shabet learns their boyfriend has been cheating, instead of getting mad and getting even, they simply wish that he’ll date someone like himself: selfish, rude, lying. Basically, someone who puts effort into winning someone over only to start cheating. “Someone Like U” is a song that understands that some people are not worth revenge. While all four are clearly angry about their boyfriends’ behavior, they’re more than willing to leave it up to the universe to sort out. After all, this guy is clearly not worth the effort for anything more than hoping karma does it’s thing.

The MV for “Someone Like U” follows the song closely, playing the entire scenario for humor, and succeeding for the most part. Ayoung and Serri find out they’re both dating the same guy — while browsing Instagram, hilariously enough. Behold the dangers of social media, cheaters of the world. Yet instead of getting angry, or blaming each other, they pull in Woohee and Subin for a little payback. 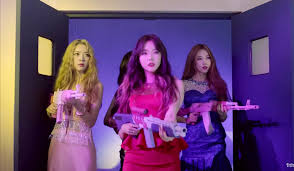 Following a training sequence of rhythmic gymnastics, tennis, boxing, and posing sexily with a jump rope, the quartet pulls on their evening wear, grabs their guns, and shoots the guy . . . with confetti. Their payback consisted of publicly exposing their ex-boyfriend in the middle of a date with girlfriend #3, and then letting loose with a girls night out. Which goes perfectly with the theme of “Someone Like U”: some people are just not worth the time and hassle of carefully planned vengeance. Instead, just be happy that somebody that toxic is out of your life, and have faith that karma and the universe will see to the rest.

“Someone Like U” is a rare song, one that chooses to advocate cutting your losses in the face of betrayal. Not everything needs retribution or vengeance, no matter how good it feels. Rather, “Someone Like U” is based on the idea that living well is the best revenge, because people who are that petty and childish are not worth the effort of anything more of tossing them aside and letting karma take care of the loose ends.