Psy Steals the Show with "Daddy" 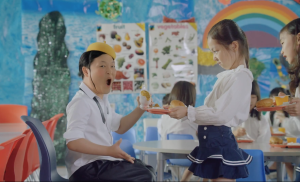 This year of K-pop is drawing to a close, and few people could think of a more appropriate big-name comeback to close out the year than the face of K-pop himself, Psy. For this comeback, Psy and YG Entertainment pulled out all the stops: a full album, multiple collaborations (Junsu, CL, Zion.T, Ed Sheeran, Gaeko, and Will.I.Am, ), and not one, but two hilarious music videos. While “Napal Baji” delivers funky retro Psy, “Daddy” is the equally entertaining — and head-shake inducing — lead off single that steals the show.

Before we can appreciate “Daddy” for everything it has to offer, the elephant in the room must be acknowledged: will “Daddy” become the next “Gangnam Style“? The answer is, of course, no. “Gangnam Style” was an unanticipated viral sensation. One that — for better or worse — cemented the public face of Hallyu abroad and Psy’s personal style. “Daddy”, in turn, is naturally reminiscent of “Gangnam Style” but only in the way that Psy is playing to his own strengths as an entertainer — and he’s having a blast while doing so.

Never in my life did I think I would enjoy an ode to the patriarchy, but here we are.

Musically, “Daddy” very much gives off “Sexy and I Know It” vibes, but with far more wit and dare I say, fun, than the LMFAO track could ever hope to offer. Even with limited Korean club experience, I can tell that “Daddy” is going to be a banger. Hopefully, this doesn’t discount that endorsement, but with all the Euro-pop vibes “Daddy” gives off, it’d also make a great Eurovision hit. 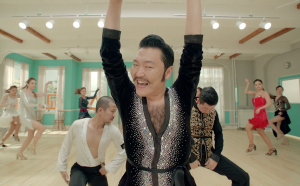 For an electro-dance track, the mix is impressive and well-rounded. Unlike Big Bang‘s “Bang Bang Bang“, the track builds up to a real drop, and one that’s very well executed. The synth in the chorus is especially notable as it adds not only layers, but its own rhythm and a distinctive hook that continues to reverberate in your ears after the track has ended. All these aspects speak to the quality of the sound production and definitely entice me to hear what the rest of the album has to offer.

Lyrically, “Daddy” falls a little flat when compared to the tongue-in-cheek critique of his earlier work. But what the song lacks in depth, it makes up for in style and appropriateness. In some ways, it feels like “Daddy” is a response to JYP’s beloved “Who’s Your Mama?” that came out earlier this year. Only, instead of waxing poetic about the beautiful booty of a stranger, Psy is more than happy to remind us that he is a fine piece of man — and I love the fact that he references hits like Show Me the Money 4‘s “Oppa’s Car” to do it. 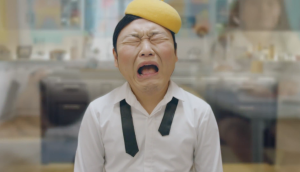 It’s hard to say that Psy is poking fun at himself by answering CL’s “Where’d you get that body from?” with “I got it from my Daddy” as we watch him dance ridiculously around the screen because, well, can you dance like that? The answer is probably not, so the man has every right to brag. Psy is a performer through and through, and though the choreography is cheesy and silly, he executes it with such reckless abandon that you want to dance along with him and join in on the fun.

Thinking of the dance moves that range from salsa steps to a version of the running man that words can’t properly capture the magic of, it’s only appropriate to draw attention to the highlight of the release: the music video.

Now, I’m not saying that Psy’s head superimposed on a child’s body is the best thing to happen to K-pop in 2015, but it’s certainly one of the most enjoyable visuals K-pop has graced us with this year. There’s nothing more disturbingly fascinating than watching Psy mature from a winking infant to a flirtatious kindergartner who makes his teacher (Ha Ji-won) blush. Add on to Baby Psy his middle-aged self, and Grandpa Psy and we’ve been gifted with the most brilliant, twinkle toes’d lineage ever to exist. 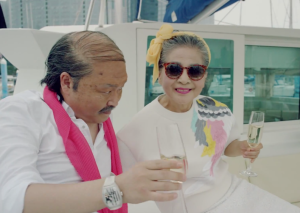 The trio of Psys don’t limit their dance party to their home either.  They take their joy and party all over Busan — with all kinds of company and cameos — conveying exactly what has become the Psy brand. After unintentionally (on his part) becoming the “face” of Hallyu abroad, Psy is here to remind us that he is for everyone. Whether you’re an overly flirtatious kindergartener, salsa dancer, ajumma who parties on yachts or an ajussi who plays go-stop in the park; Psy is for you, and he’s going to show you a great time.

Psy in many ways, is the master of universal appeal. While some of that international appeal may stem from problematic perceptions of Asian masculinity, a great majority of it also comes from the fact that Psy is a truly gifted entertainer and song-writer. It’s gimmicky, sure. But it’s a gimmick with broad appeal and quality of production to back it up — he didn’t study at Berklee College of Music for nothing. 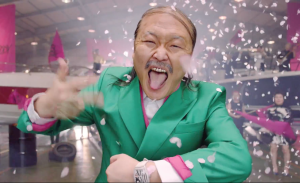 Even more importantly, the chorus (and catchiest portion) of “Daddy” is in English, which only further demonstrates Psy’s understanding of how to craft a K-pop song that can appeal to the masses both inside and outside Korea. “Daddy” has all the potential to be an international ear-worm, with a fantastic MV to boot.

Psy knows what he’s doing, and it’s nearly impossible to not enjoy watching him do his thing. The “Daddy” release package is genius, wonderful, and oh so very fun. While the track may not surpass “Gangnam Style” in terms of pop-culture proliferation, the MV itself is enough to place “Daddy” at the top of my K-pop list.

Readers, how do you feel about “Daddy”?