Psy's "Love" is Uncharacteristic, But Not Bad 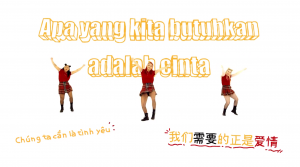 I don’t know about you, but when I think of Psy MVs, several things come to mind: a certain easily recognizable middle-aged Korean man performing some kind of infectious dance sequence to a catchy chorus, some celebrity appearances, and extremely large groups of people dancing. All of these things would seem desultory and erratic if attempted by anyone else, but Psy makes it work; coalescing all these random elements together with his ubiquitous brand of wacky humor. These tropes have rarely failed to make rounds on past MVs, extending even into the more recent “I Luv It” and “New Face“.

This was why “Love” came as such a surprise to me. A far cry from Psy’s usual fare, the MV for “Love” is largely minimalistic. Featuring the famed ReQuest dance crew against a white backdrop, it was pretty reminiscent of Justin Bieber‘s “Sorry”. But this was to be expected, considering that the two videos were directed by ReQuest member Parris Goebel. The cartoon-ish animations add a distinguishing feature; the little cutesy touches they supply meshing nicely with the song’s bright peppiness. This is just as well, since the animations also further the impact of the dancers’ movements.

Speaking of the dancers, the ReQuest girls kill it as usual — executing complex tutting combos and waacking routines with attitude in tune to Psy’s rhythmic rapping backed by trance-like square plucks. Formations, poses, and facial expressions add personality, while Jazz routines add variation in the sawtooth pluck heavy build-ups. ReQuest also injects their signature dancehall flavor into the choreography, complementing the song’s tropical beats. However, they appropriately tweak the usually relaxed style to make it more high energy for the dynamic choruses. The inclusion of this particular multi-racial dance troupe advances the themes of togetherness and world peace present in the lyrics — also emphasized in the edits of different languages.

As for the lyrics themselves, I would liken them to a more heartfelt version of the ones for the FIFA World Cup anthem “We Are the World”, or the early 2000’s Black-Eyed Peas hit, “Where is the Love?” without the cynicism. Although the genres are wildly different, their base sentiments are similar; being rooted in themes of goodwill and peace.

While “Love” doesn’t have the abundance of star features that the former has, or the biting politically-charged overtures of the latter, Psy manages to make the song his own. The lyrics come off as a mix of aphorisms sprinkled in with Psy’s own personal experiences. Covering a wide variety of life lessons in his lyrics, he tells the listener to enjoy life, embrace their individuality, share, let go of grudges, and spread positivity through their words. The personal contemplations he includes especially invoke a sense of raw sincerity, like the “self-reflection” in his “apology letter” and the lesson of “don’t push yourself into others’ problems” that he was taught by the world when he was young. Taeyang sums up the overarching message, crooning in the chorus that “What we need is love” in his soulful voice. 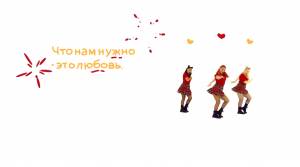 Through the song, Psy gives us a glimpse of a serious side of him that we usually don’t get to see (save for past tracks such as “Father”) — the pensive, thoughtful man who has experienced a lot in life and has a lot to say about it. Following suit, the MV is atypical for Psy, but fits with this particular song. I like this side of him, and I hope to see even more of it in the future. As a sidenote, I anticipate more ReQuest appearances in K-pop MVs to come as well.