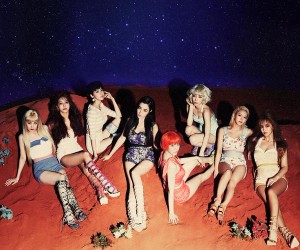 It has been announced that SNSD will be making a comeback in early August to mark the group’s 10th anniversary. The girl group has been on hiatus for two years and in that time, the girl group scene has changed a lot. Many of their second generation girl group counterparts like 2NE1, 4Minute, and Wonder Girls have disbanded and been replaced by newer, younger girl groups. Youth has always been highly prized in the industry as the average age of Twice members is 20, while for SNSD it is 27.

In a previous article, Mark’s theory on the Rule of One noted that SNSD and SM Entertainment as a whole clearly defy the rule that a company will likely replace an older girl group with a newer one. According to the Rule of One, SNSD’s life cycle should have ended by now, but there are several reasons for their survival.

First and foremost, keeping SNSD alive is a business decision. Simply speaking, SNSD is a major moneymaker for SM Entertainment. In the Rule of One article, it was stated that concerts and merchandise is the main source of revenue for boy groups whereas CFs are the main source of revenue for girl groups. This means that boy groups are better able to sustain their revenue source over time and are thus longer lasting. However, SNSD elude this rule, succeeding in generating both sources of revenue. 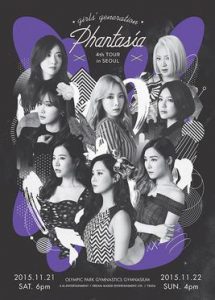 As for concerts, four of their concert tours made the top ten of the highest grossing tours by girl groups of all time globally — Girls’ Generation’s Phantasia (2015; $22.3 million), Girls & Peace: 2nd Japan Tour (2013; $21.5 million), The First Japan Arena Tour (2011; $14.98 million), and Girls & Peace World Tour (2013; $14.97 million). This has been significant to their survival as age does not affect concert revenue, and the increasing concert revenue for SNSD over the years support this.

For CFs, the latest rankings I could find from early 2016 covering 2015 rank SNSD as the girl group with the most CFs (49). This combination of continued CF success and rising concert revenue, as well as very high record sales, means that SNSD has been earning money at the rate of a boy group and girl group combined. SNSD is overall the bestselling artist within the agency with 57.1 million records sold. From a business perspective, SNSD has presented a “best of both worlds” situation.

It’s also noteable that SNSD is marketed in a similar vein as that of a boy group. SM’s decision to focus on female fans was stated by the its Art Director, Min Hee-jin.

They appeal to diehard fans who are willing to pay large amounts of money for merchandise and concerts. This awareness that female fans are more loyal and are not affected by the age of the members is something that has helped sustain the group. 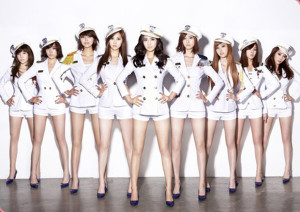 If we look at how well SNSD is cemented in both K-pop and how they’re an integral part of SM Entertainment, we can see how these factors have played a major role in their survival. SNSD had an early bird advantage debuting when K-pop was at an early stage and yet to be fully established on a global scale. They were leaders in the spread of the Hallyu Wave internationally. This all made SNSD a major part of Korean culture and also made them a group associated with K-pop itself as their songs have become signature to the genre. In 2011, the Korean Institute for Industrial Policy Studies named the group as one of South Korea’s super brands.

It is also necessary to highlight the group’s importance to SM Entertainment. As a New Yorker profile of Lee Soo-man noted, SNSD are the epitome of his idea of ‘cultural technology’; they are the most successful group created by SM Entertainment and the group that most people associate with the agency. Their value to the agency means that the agency is prepared to go through scandal and member loss to preserve the group. 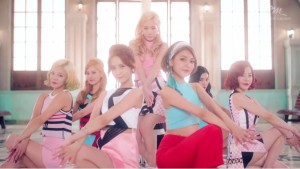 Looking further at this point, SM has not made the mistakes that other agencies have made with their girl groups. SNSD was not sent to promote in the US for a long time at the height of their fame, like the Wonder Girls who had extended international ventures between 2008 and 2012. This allowed SNSD to sustain the momentum of their early bird advantage and continue to build a stronger Korean fan base. Also they did not go on long hiatuses that would cause a dramatic decline in popularity, like the Wonder Girls who did not release an album in South Korea for three years after 2012.

All these reasons taken together show why SNSD has survived at a time of decline for second generation girl groups. Of course, there is still the matter of the future of the group but with these factors in play, I would not be surprised if they continue on for years to come.

This was a guest post written by Kabejja. Interested in writing for Seoulbeats? Email us at recruiting[at]seoulbeats.com if you’d like to see your work published on the site!