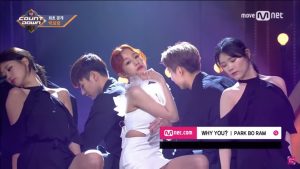 Best of Weekly Music Shows is here again to indulge in the wonderful musical performances from the past week. Limesoda and Favorite made their debuts, and we got comebacks from Park Boram, HOTSHOT, and Jessi. Everyone brought the spirit of summer with them, enthralling the audience with their charisma. The hot climate can’t compete with the heat of these stages. That’s why it’s better to cool down with these stages.

Before we scream for ice cream like Red Velvet, some congratulations are in order. Heize got her first win on KBS Music Bank for “You, Clouds, Rain” but wasn’t present for her milestone moment. Mamamoo snagged a triple crown on Mnet M! Countdown with “Yes I Am”, and Apink took their sixth trophy for “Five” on KBS Show! Music Core. Last, but not least, is Blackpink‘s victory on SBS Inkigayo. This is one of those rare times when not only are their multiple groups winning, but they also happen to be all female idols. The ladies of K-pop are doing the thing!

I found a few performances that were entertaining in their own way. These are solely my choices but feel free to add in your favorites from the past week in the comments.

I bear a slight prejudice against solo singers. It’s not that I hate them as soloists but rather it seems like agencies rarely know what to do with a single idols. The song has a decent jazzy touch that was made for anyone going through a heatwave. You just feel a sense of calm and coolness. It’s also great any time the featured artist makes an appearance. Is it strange that I think he slightly resembles TOP in the face? Doesn’t help that he’s a rapper, too.

I know you shouldn’t judge a book by its cover, and I’ve been making efforts towards expanding my K-pop library. Badkiz aren’t a familiar name, so I gave them a watch. My mind went from “Okay, this is pretty nice” to “OOOOOO, GET IT LADIES!” in a matter of minutes. The dance doesn’t showcase any special moves, but Badkiz brings a load of charisma to the scene. I’m rooting for them to continue surprising me.

This is another one of those groups I’ve heard of but know little about. Someone will probably list their entire discography now that I’ve admitted this, and that’s what I love about the K-pop fandom. Fans are always willing to supply information on barely-known idols. The stylist for this performance needs a raise. I’d also like to thank their choreography, the camera operators, and their parents for bestowing such loveliness upon my eyeballs.

They’ve grown on me in more ways than one. I’m not ready to learn names quite yet, but I’m here for this promotional period. SM succeeded in pushing for more pop from this sub-unit, and the style suits them. Their choreography is energetic and fun, yet it doesn’t eliminate any difficulty from the technical aspects. Their outfits aren’t the most imaginative, but then again, NCT 127 could dance in burlap and ooze charm from all their pores. They have talent in spades.

I had to double check this at first because sleep deprivation makes you see and hear strange things. It turns out that I wasn’t hallucinating when I saw comedian and MC Kim Shin Young’s tiny frame in sunglasses and slick hair. If you’re having a bad day, I recommend watching this performance. Like a true entertainer, Kim Shin Young gasses up the ridiculous factor by being more extra than every idol who ever graced that stage. I love her commitment and lively spirit. 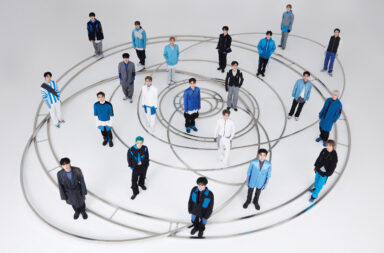