Zico's "Television" Offers Us a Look Behind the Screen 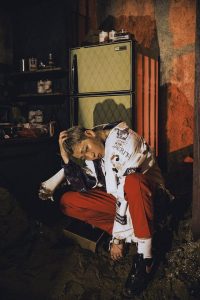 A few years ago, a member extensively participating in the composition of their group’s discography was considered to be something that puts them a cut above the rest. Certainly, in a market where the job of creating the album is generally left to ‘professionals’, an idol with many songwriting credits (or more uncommonly, production credits) was rare, and generally something their fellow fans can be proud of, with some going as far as claiming they have made the unheard-of transition from ‘idol’ to ‘artist.’

Today however, whilst an idol having songwriting and production credits definitely helps, it’s no longer so uncommon. The influx of idols post 2012 meant that prospective fans can be more choosy in selecting a group to follow, and as a result companies started finding ways to differentiate their groups from the rest, whether it’s a dogged devotion to concepts, victories from grueling survival shows, and so on. Idols taking part in songwriting inevitably became encouraged, becoming less of a rarity, no longer something fans can lord over others. The assertions that their biases aren’t idols, but ‘artists’, no longer have legs to stand on.

It does lead one to wonder, what exactly is the distinction between ‘idol’ and ‘artist’ now that having songwriting credits is no longer the simple answer? 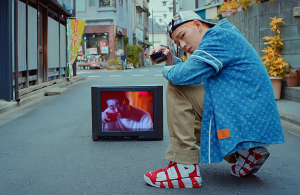 Personally, I believe it’s the possession of self-awareness —  and whether it’s displayed in their music — that divides the two. In general, celebrities who are conscious of their image and their history helps to keep the public interested and invested in their life. Singers who inject a reference here and there about their personal life helps to bring an element of sincerity to their music, making it a more enjoyable listen for the fans that follow them.

So when Zico begins Television with a 3 minute-long spiel of blunt self-deprecation and degradation, one can’t help but be drawn in. On “Behind the Scene”, Zico lays it all out, insisting he’s not the genius everyone makes him out to be despite his success.

That seems cool, that seems awesome

Well I don’t think so, you fools.

There’s a lot of trouble behind

Stop speculating, this is self degradation.

He goes as far as to compare himself to a swan, graceful as far as the eye can see, and yet underwater it paddles persistently. The metaphor is apt: his success wasn’t effortless, and to stay successful and maintain his image all the while, he keeps on working diligently behind the scenes. The effort he puts in, the failures he experience though invisible to the public seem to get to him all the same; even he is plagued by self-doubt.

Beyond all my work and art which is full of arrogance

squeezing his dry brains out

Zico even takes the time to address nitpickers and his critics, telling them to stuff it. He acknowledges that he is already aware of the areas he is lacking when he works.

Uhm, If you’re troubling yourself preparing a critique

Keep it to yourself, you jerk

Uhm, during my work process

I already experience what a dumbass I am enough, you jerk

The brutal honesty, paired with Zico’s trademark frantic rapping, helps this track effectively prepare us for the rest of Television, which for the most part is just as honest and self-aware.

The self-doubt he expresses on “Behind the Scene” reappears in “Artist”, albeit briefly, before segueing into an anthem championing the philosophy of Carpe Diem for the cause of… well, art. Over a bouncy, sometimes off-kilter beat reminiscent of some of Psy’s recent works, “Artist” rides a memorable hook to great effect as Zico rattles on about paying no heed to your doubts, urging us to just dive right in and create art.

Turn everything back to an empty page

Don’t think about it, just do it,

You’re the one holding the brush.

Pointing out that tomorrow may never come, Zico’s lyrics are almost hedonistic in their devil-may-care attitude towards prospective artists’ worries that it might not be good enough, making “Artist” an undeniably catchy track, though admittedly lacking in payoff in some areas.

Television takes a dark turn on “Anti”. Over a grim beat and G.Soul’s breathy vocals reminiscent of Dido on Eminem‘s “Stan”, Zico takes the point of view of one of his most devoted haters and starts determinedly justifying his behavior.

Bear this in mind, the moment you make a stage name

you have to kill yourself

The choice is yours to make

If you want the public to eat you up, then be chewed out first,

get on the cutting board.

In an interesting parallel to Kendrick Lamar’s “Buried Alive” from Drake’s Take Care, the anti believes fame comes with the price of a metaphorical ‘death’ to Zico’s real persona. After all, success is hard-earned, and in this anti’s point of view, he hasn’t seen Zico suffer hard enough to consider it deserved. And even if he did, he claims that Zico’s success makes him a justifiable target, if only to bring him down a notch lest he gets too arrogant.

Yeah, you worked hard, you faced all sorts of degradation,

But your success qualified you to be reviled and insulted again.

I’ll root out your arrogance

And make your life falter.

The scary part? In a twisted sense, the hater’s train of thought actually makes sense, and by the end of the track you’re left wondering whether “Anti” is a manifestation of Zico’s doubts and lack of confidence, or a satirical piece we are meant — much like Zico towards the anti — to not take seriously. By the end of it, we’re wondering if Zico takes all of the hate to heart. 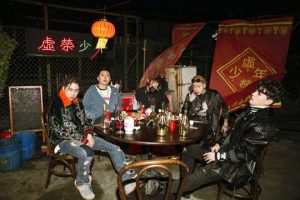 Zico doesn’t let us ponder this for long, with a glorious posse-cut “Fanxy Child” featuring fanxychild — that’s a crew consisting of Dean, Crush, Zico and Penomeco for the uninitiated — bringing a much-needed blast of energy to the entire album. Followers of Show Me The Money will no doubt recognize the beat as the same one Zico and Dean, both producers for this season, used for their cypher alongside the other teams. As such, little has changed in both of their verses, barring any overt references to Show Me The Money. Still, Zico is more energetic and braggadocious here than any other track in Television, delivering easily his most enjoyable verse, from his memorable declaration that “life is what you make of it”, to boasting of having already worked with Swings in high school, to taunting his antis by not revealing how much he earns, “being mindful of their fragile minds”.

The boasts and taunts don’t stop with Zico. In keeping with his usual laid-back style, Dean sing-songs his way through his verse, casually acknowledging his good looks and reputation amongst women in one bar and warning that his featurings often overshadow rappers on their own songs in the next. To people complaining that he isn’t ‘Hip-Hop’ enough for Show Me The Money, he shrugs it off.

us monkeys have become too large

to fit into a certain system.

Making full use of a reference to his past track “2411” on Wonderlust, Crush is triumphant, murmuring that the same bus which transported him to and from training rooms as a no-name artist is now the moving vehicle of choice as he moves into a penthouse overlooking the Han river, now a household name in the RnB scene.

Penomeco on the other hand tries his best to keep up, dropping clever references to Desiigner and Wiz Khalifa’s performance at the 2016 MAMAs, but without the achievements his fellow crew mates have achieved, his verse feels empty. Ambitious, but hollow compared to the rest. Still, he’s only the low point in what is otherwise the best song on Television.

“She’s a Baby” pulls Television into a close, and though it’s a pleasant enough track with Zico warbling about his lover, he lacks the vocal ability to make this track truly have any punch. If the purpose of this track was to lull listeners into deep slumber, Zico succeeded completely. As a standalone release, it was unobjectionable, even if a little uninspired. As part of Television though, it’s imperfections are thrown in sharp relief against the other memorable tracks.

Overall, though, Television is some of Zico’s best work. Though not full of bangers and catchy melodies as Gallery, Zico takes the time to showcase a more reflective and self-aware side of himself, unafraid to ask the big questions and take a look back on how far he’s come, from releasing album-length mixtapes like crazy with Park Kyung, to being an accomplished solo act helming two acclaimed groups, Block B and fanxychild.