Zico Answers What Art Means to Him in "Artist" 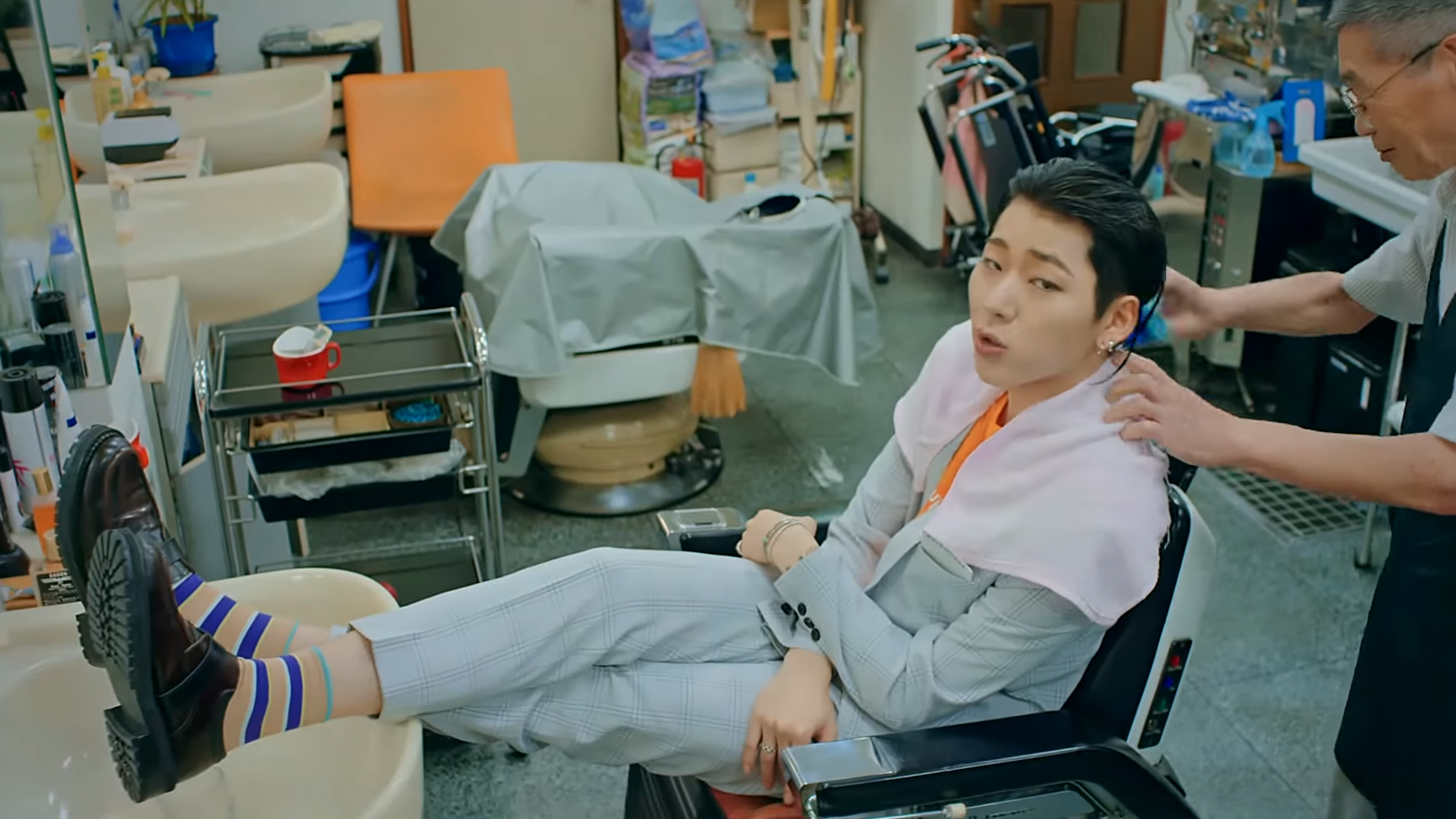 For the artist, the journey to creating a masterpiece is often an arduous one. The end seems too far and the nagging self-doubt can be debilitating. Faced with deadlines and having to meet impossibly high expectations, overworking becomes the only possible way out. Of course, we would hardly expect Zico to face such problems, considering how he has been labelled as a genius in the music scene. From producing hit songs to rapping and dancing, Zico has been hailed as an all-rounded artist. Both a leader of idol group Block B and part of hip hop crew fanxychild, he redefines personal success as he blurs the line between mainstream K-pop and the hip hop scene. However, “Artist” comes as a humble shout out by the talented rapper himself that he is not invincible as everyone would like to assume.

In the press conference held for his mini album, Television, Zico explained his intentions behind writing “Artist”:

“Recently it seems we are very exhausted. The people around me complain a lot. I put in my heart to not hesitate, take control and enjoy life.”

He went on to add:

“I wanted to write ‘Artist’ from a good mood. Thus it took a long time. It’s going to be released on music portal sites soon so I hope that people will be in a good mood from listening to it.”

The song, however, is more than just another feel-good song. The gems of the track are uncovered by noticing the perspectives Zico is trying to push forth through the lyrics and the MV. In the verses, Zico spits out confession after confession warning against reducing art to a tool for fame, glory and profit. He starts off with expressing the desperation behind an outlook of glamour:

So I’m gonna get an award, alright
My schedule was jam packed again this year
They all recognize me when I go out
Fanxy child is freakin hot
But still, I lonely
What should I do

He later proceeds to question his own motivations behind overworking himself:

Let me think about it, what exactly am I gonna earn
By making this song all day?
When can I maintain my dignity if I work all the time? 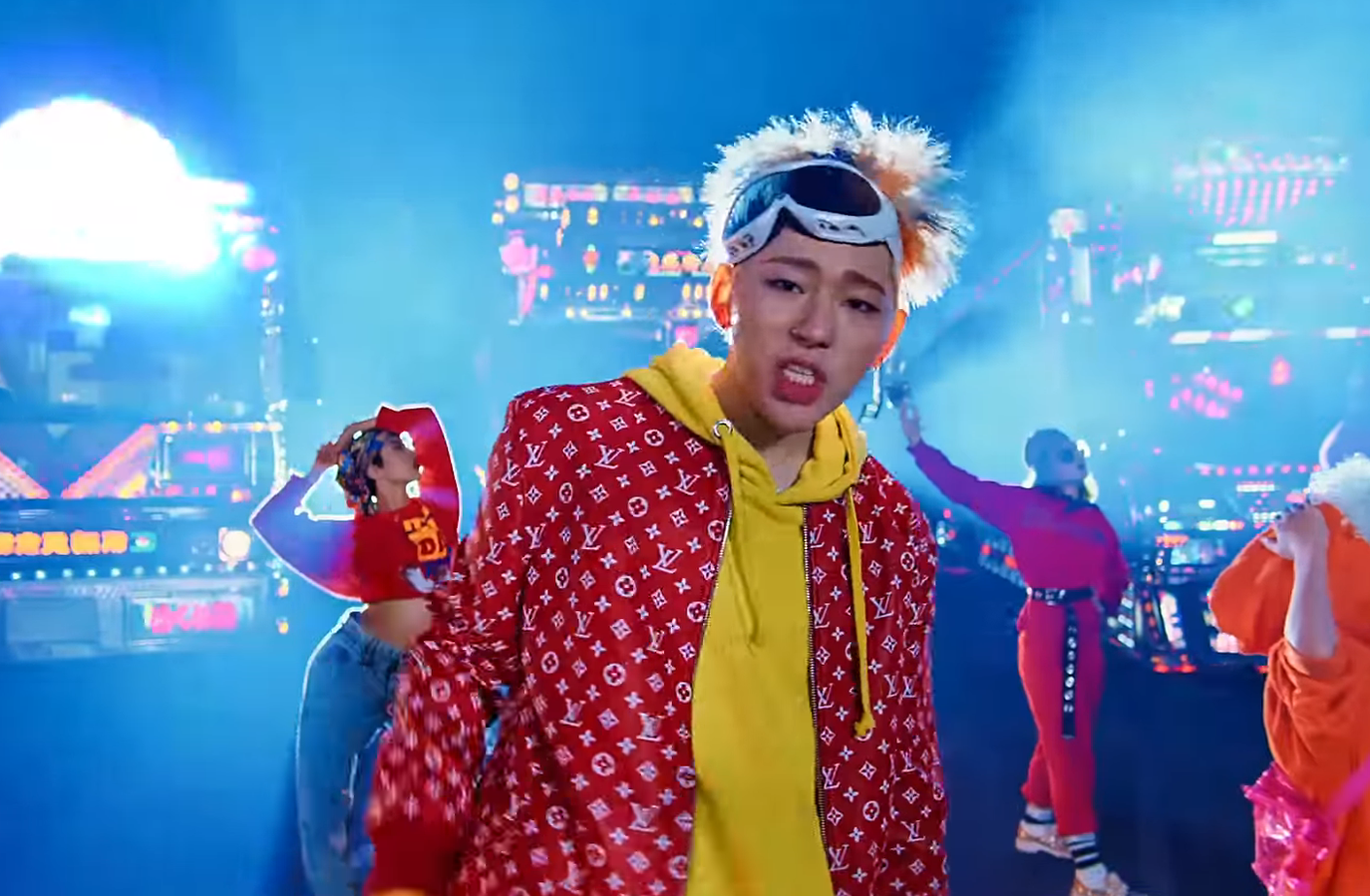 Laying out his doubts regarding his own craft, he draws himself away from the assumptions that success through popularity and fortune necessarily leads to satisfaction. Zico sees driving himself to make songs purely for profit as a betrayal of his own position as a musician – art becomes a burden more than a passion or sanctuary.

The chorus becomes a resolution for such plaguing thoughts. It advocates for a different way of looking at creating art – one that prizes a liberation that comes with self-expression. The upbeat and cheery melody during the chorus puts one in a jovial mood, with lyrics that are easy to follow:

From now on
Turn every back to a blank canvas
Don’t think, just do, you’re holding the brush
You have the most sense when you’re in front of the mirror
Life is short art is long
You or me or him, I make ’em say

With the mirror replacing the blank canvas, Zico calls for us to use art as a means of expressing ourselves, and in the process drawing ourselves into being. He puts the brush into the hands of every individual, sending an empowering message reaffirming that each one of us has the ability to paint our own lives.

But what does the MV have to do with all these perspectives regarding art? Returning to the striking lyrics from the chorus, “Life is short, art is long,” this one-liner is exemplified through the MV. The phrase relates the largeness of art that extends a legacy beyond the lifetime of its creators. In contrast, life itself becomes a speck in time and we ought to enjoy it while it lasts. The MV conveys this through its multiple references to and representations of performance styles, fashion trends, popular culture, architectural designs and more – all different forms of art. 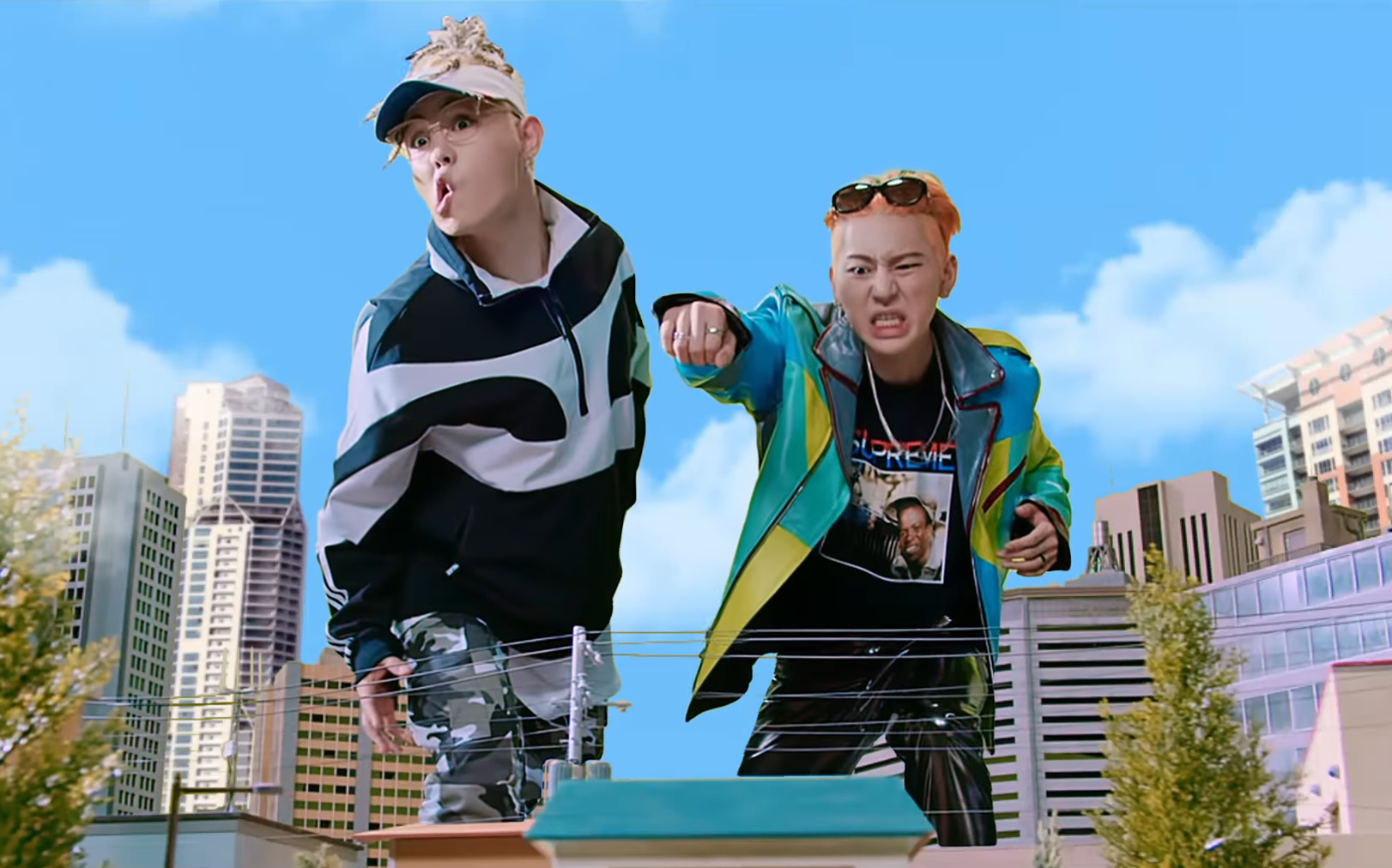 If Zico’s intention was to make people feel good through “Artist,” he certainly makes watching the MV a fun experience as well. The MV is brightly coloured and quirky – a delight for the eyes. Spotting the references then becomes an enjoyable game. Perhaps the most obvious one would be the scene with giant Zico and U-kwon (Block B member) standing in the city. Zico rips out buildings and tries to eat them, mimicking Godzilla in the 1954 film by Ishiro Honda. Later, the scene of giant U-kwon and Zico fighting each other echoes repeated scenes in Ultraman, where Ultraman fights off giant monsters in Japan. One of Zico’s dress-up with spiky orange hair and a bandana while he stands in the middle of a bamboo forest creates an uncanny resemblance to anime character Naruto. But that is not the only anime reference – U-kwon and Zico inflate their heads by biting on their thumbs, recalling One Piece’s Luffy and his ability to inflate his body through biting his thumb joint.

Moving away from the pop culture references, Zico flits through numerous fashion styles – a bombastic pink jacket, knee-high socks and pigtails; a bucket hat and bulky outerwear; beanie, dreadlocks and a purple tracksuit; white ski goggles and spiked hair, just to mention a few. We also see Zico in a vintage barbershop, full with the aesthetics of the barber pole and a quaint shop front. His slicked back hair is reminiscent of styles from the 20th century, reminding us that even barbershops are places where trends evolve and art is constantly being pushed forward.

Using himself as a platform to perform numerous representations of iconic styles, characters and scenarios, we see how art extends endlessly from the past, through the present and into the future. The simple statement, “Life is short, art is long,” is far more loaded than it appears to be. Much more so than merely emphasising the longevity of art, Zico manages to embody multiple lives through art with each representation and reference. There is a duality to such an embodiment. Art becomes a possibility and an opportunity to redesign the self, creating multiple images and reflections of the self. Yet, one can see another message – which is for us to grasp the brevity of a lifetime to create art that lasts. An iconic work of art becomes representative of the creator, and the artist can embody his creation to live on beyond himself. 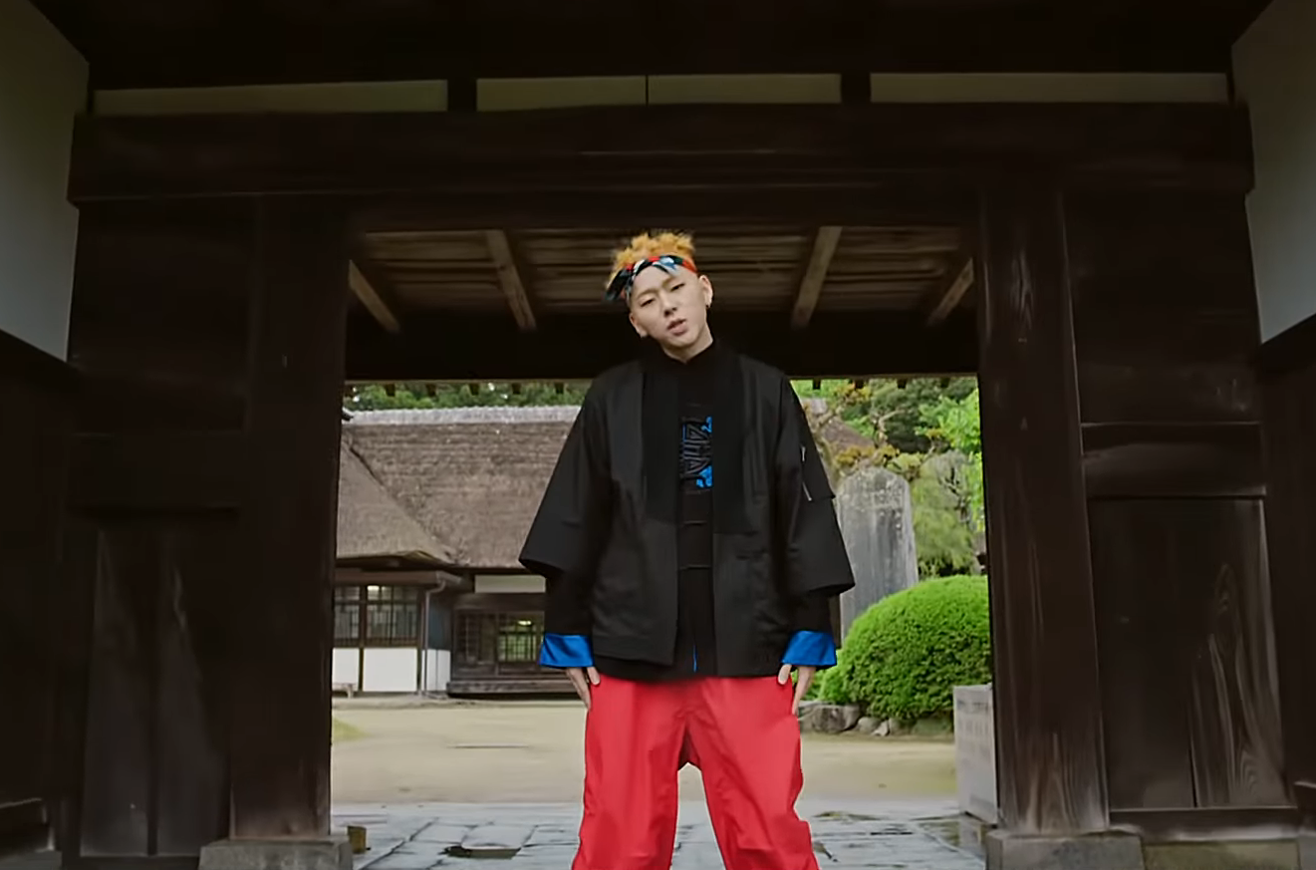 Perhaps the entirety of “Artist” itself can be best summarised by the scene from the MV where Zico draws the last stroke of a tiger’s stripes and it comes alive. Life and art mimic each other, where the line between the living and the fabricated are blurred, though it is only the living that can give life through art. However, there’s still more to the MV and the song. His brushstroke also splits the screen and another him climbs through. Beyond just indicating how art becomes a conduit to connect with another side of the self, it reveals the layers of filter in perceiving what we claim to be the image of the artist through the media.

Ultimately, the MV begins and ends with Zico pointing his remote at the camera, switching it on and off respectively. The opening scene is a continuation from the MV for “Anti.” We witness Zico watching another version of himself through a television screen before he switches the channel and the MV for “Artist” plays on. At the end of the MV, the camera zooms out to reveal “Artist” playing on the same television Zico was watching in the opening scene.

This perhaps implies that even as we are seeing yet another side to Zico as an artist himself, he controls which channel we get to watch. We are forced to be aware of how we are perceiving such content through the media with the opening and closing scenes, questioning then the image of the artist as constructed by media representation. As much as the song empowers self-expression through art, it also exposes the falseness of what is conveyed through the television screen. Subsequently, what we know as Zico is a product of what we project of the artist himself and what is presented to us through the media. 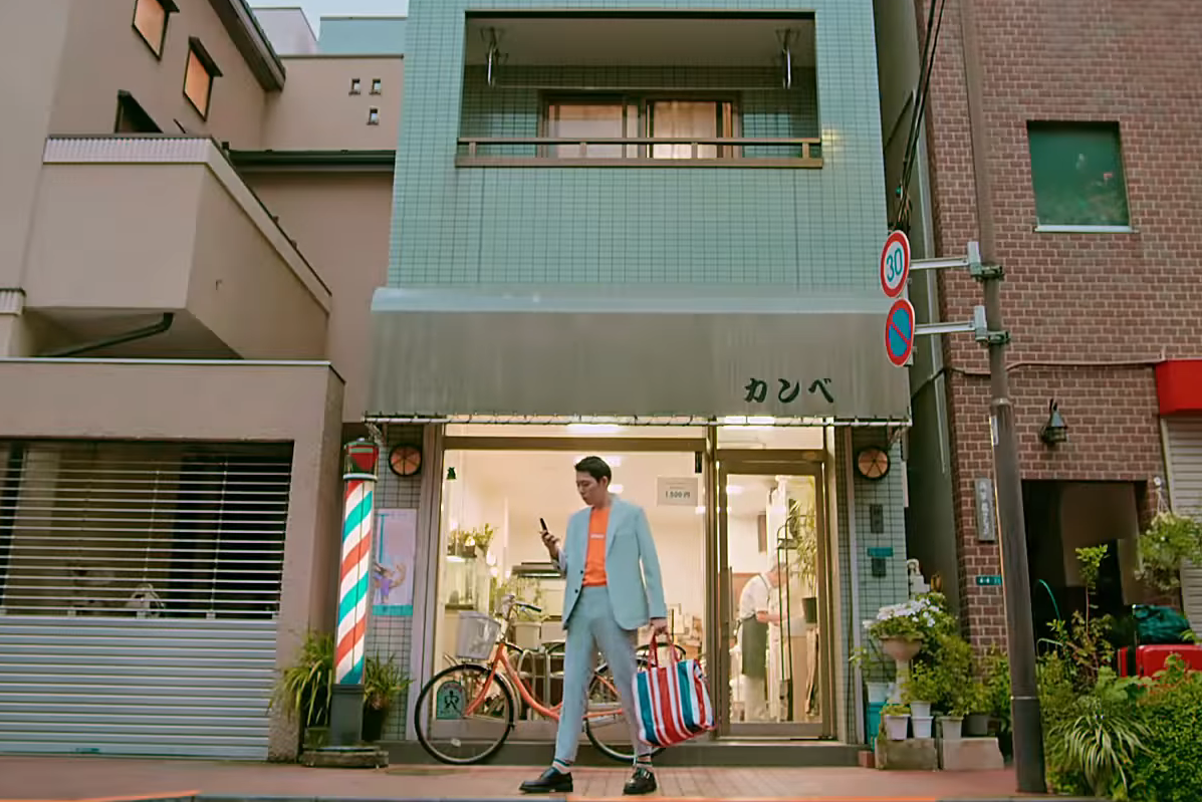 Self-representation through art becomes far less simple as conveyed through “Artist.” The longevity of art preserves only a fraction of an artist. We immortalise the things we see onscreen, be it fictional characters or real people, ironically reducing the artist himself to a mere sketch. “Artist” acknowledges this, though it offers a more encouraging message in the end. Rather than being defined by others, the artist needs to take the brush into his own hands and shape himself. The media can be terribly dehumanising, but Zico’s “Artist” strives to show that a compromise can be made: art becomes a means for the discerning artist through which different layers of the self can climb through and connect, albeit for brief moments through a screen. Subsequently, with each piece of art, we can be made to see multidimensionality of the artist that makes him human more so than just a label of “genius.”