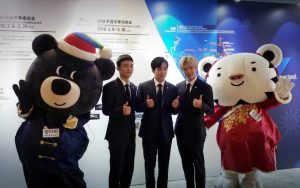 The Korean Wave or Hallyu goes beyond just music and entertainment. It is a diplomatic tool oozing with soft power. Soft power is the ability to persuade through coercion rather than force. There is no flurry of armed tactics or political negotiations. Instead, the culture or a product of a certain country gradually pervades through another, tilting the balance of power towards the former. South Korea has been forthright in cultivating Hallyu as a soft power mechanism and is facilitating international relations through it.

Hallyu has not only managed to overcome historical animosities but also forged ties with unexpected nations. The THAAD issue greatly affected this power, since the Korean presence in China waned, as did its relevancy. The Terminal High Altitude Area Defense (THAAD), is a missile developed by the United States and deployed in South Korea to counter the North Korean military threat. Chinese authorities were skeptical about its repercussions on their own national security and so opposed it. But with South Korea refusing to back out, China employed certain sanctions that affected the Korean entertainment industry and dipped revenues for K-pop. 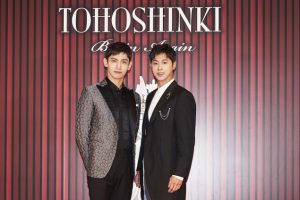 Japan and Korea, too, have had a rocky relationship in the past with Korea being under Japanese rule in the early twentieth century. There is much anti-Japanese sentiment among Korean people today, and pro-Japanese collaborators are prosecuted. But the Korean wave has made it possible to jump over these historical obstacles and establish fresh relations. Today, K-pop and J-pop coexist on the islands and Japan Dome Tours are a common phenomenon for big K-pop groups like TVXQ and Big Bang.

K-idols are being used to reconcile differences between Korea and other nations or strengthen already existing relations. President Moon Jae-in attended the Korea-China Business Forum held on December 13th as a step towards mending the post-THAAD relations. Four unexpected guests at the forum were Exo’s CBX and Song Hye Kyo. They did not have an explicit role to play, but their very presence aimed at acknowledging the symbiotic relationship between Hallyu and China. Perhaps that’s why SHINee’s Minho was also a part of the delegation that met with Melania Trump at a similar diplomatic event at the US Ambassador’s residence in Korea to promote the upcoming winter Olympics in Pyeongchang. K-pop seems to have infiltrated diplomacy in a myriad of ways. The Korean president even gifted an autographed Exo album to the Indonesian president’s daughter! 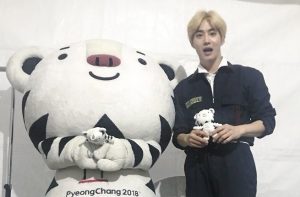 The Pyeongchang Olympic games have emerged as a new platform for Korea to show off its soft power not only through sports but also through recognition gained by its idols. ‘Suhorang’, the Olympic mascot, is receiving unofficial publicity through Exo’s leader Suho by virtue of their similar names. The Olympics Twitter handle has occasionally tweeted about Exo and follows the group on the same platform. This interest of an international sports body in an idol group is surprising and yet an excellent example of the deep tendrils of Hallyu. K-pop groups were also mobilized for the G-100 concert to promote the Olympics. 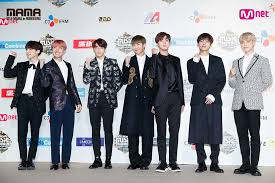 Not only do idols have a role to play in such covert ways, but they are also roped in to promote Korean tourism in ingenious ways. The official website for Korean tourism offers Hallyu packages as an option with a focus specific to K-pop groups. The most headway into international relations via Hallyu, of course, has been made by Psy and his epic “Gangnam Style”. There was a windfall of interest in Korea, specially in the district of Gangnam in Seoul, so much so that the district is littered with the song’s landmarks being projected as tourist spots. “Gangnam Style” came with uncharted territory for Korea, which it was able to lucratively tap. Following in the footsteps of this global trend, BTS created a promotional track especially for the city of Seoul called “With Seoul”. The MV for the song garnered several thousand views in a span of hours, much like all other MVs of the group. Visit Seoul’s servers even crashed when the song was released.

Several groups like NCT, Blackpink, Super Junior, Got7 and Twice have members from China, Japan, Thailand, and USA. They are included with the obvious aim of increasing the fanbase by appealing to wider regions. Countries are accepting of such groups with even one member from their own nationality. Furthermore, several groups release music in languages other than Korean to appeal to other nationalities. The lack of opposition to such variegated forms of international relations is the crux here. 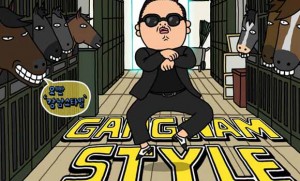 K-dramas are another source of soft power. The fanbases of K-dramas, although isolated from the K-pop scene, pay attention to other facets of Hallyu. K-dramas have arguably increased sales of fashion and cosmetic products. They are an inlet into Korean music through their OSTs. Also, Korean food is something most K-drama watchers aspire to experience. K-dramas are a sign of good relations between Korea and other nations in their adaptation to other languages and vice versa. They also give insight into TV watching cultures that are neutral to dependence on external sources of entertainment.

The Korean Wave has stealthily but surely established its foothold across the world. Korean food, language and fashion have become popular through the influence of the country’s music and other forms of entertainment. South Korea has made moves to utilize this power and add to its tech-giant image by promising to develop new concert arenas and forms of filming technology. The government’s open use of K-idols in political situations also seems to align with entertainment companies’ global ambitions. It is only a matter of time before nothing is impervious to Hallyu.