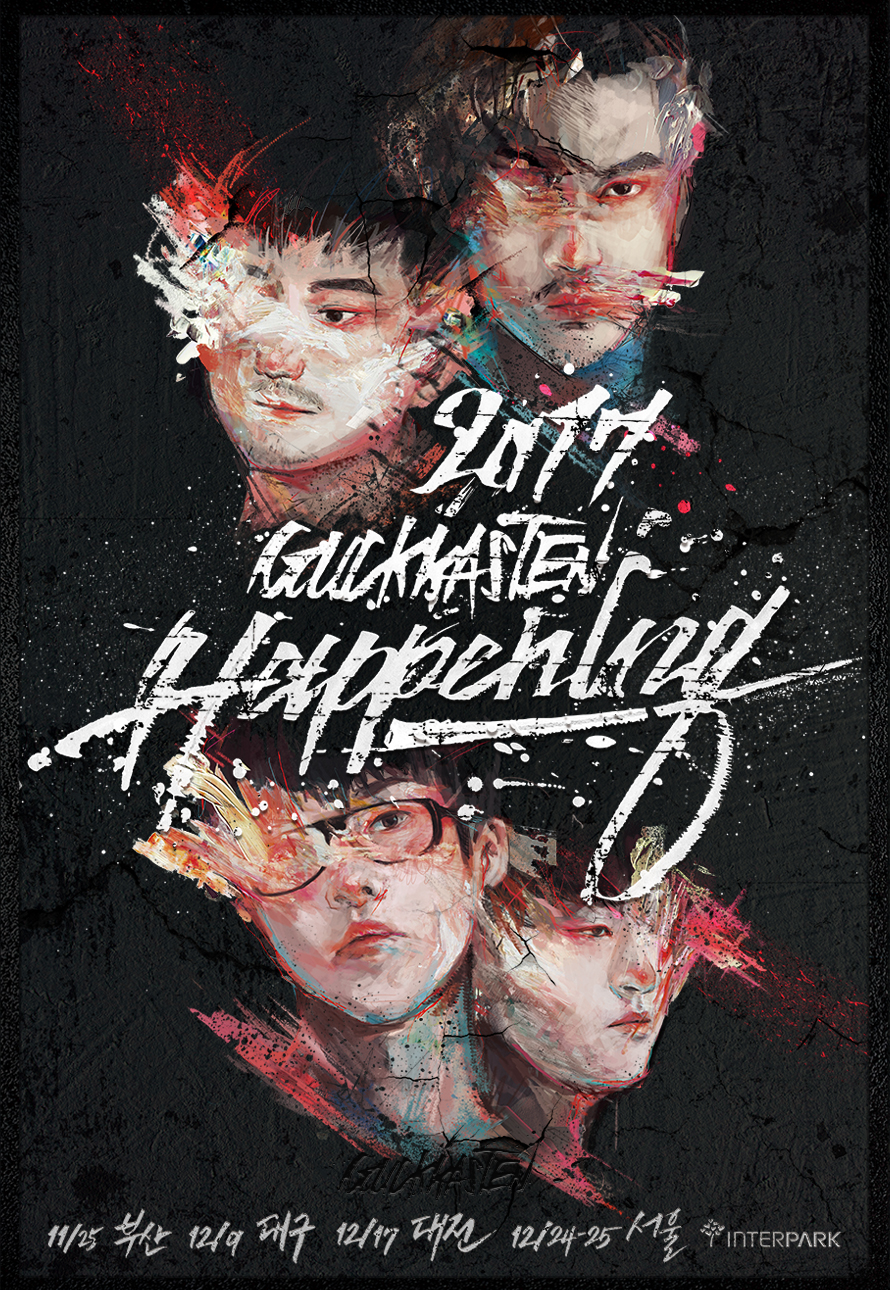 Back in 2012, Seoulbeats covered Guckkasten under our Indie Gems segment. In the five years that flew by, the band has grown by leaps and bounds in popularity. Their first boom in popularity was from their participation in I Am Singer 2. Things went downhill for quite some time until Ha Hyun-woo’s appearance on King of Masked Singer in 2016. His legendary vocals secured him nine consecutive wins on the show, broadcasted across twenty weeks. I had the opportunity to catch their Christmas Eve performance as they rounded up their nationwide tour.

Guckkasten’s 2017 Happening Tour ended in Seoul, with shows on Christmas Eve and Christmas Day respectively. More than just performing for the audience, the band was fully prepared to make their concert the best Christmas present ever for those attending. From Christmas songs to fan interactions and gift-giving, Guckkasten warmed the hearts of those that had waited out in the cold for them.

The band recently released their EP, Stranger, and the concert was a perfect chance to perform their newest tracks. The show kicked off with the second track from their EP, “Flare.” The fans were yet to be familiar with this song, and everyone appreciated the performance quietly. This was also the case when the band performed “Compass” and “Stranger,” both songs from Stranger. Even though it might sound strange to have an audience silently watch during a rock concert, the atmosphere of the fans was one of complete admiration. It was during these songs that it was obvious how much Guckkasten’s fans respect the musical abilities of the band.

Of course, during familiar tracks like “Transform,” “Mirror” and “Tail,” the mosh-pit was a screaming enjoyable mess. Ha Hyun-woo did so well in riling up the crowd with “Transform,” asking fans if they were ready to jump like crazy with him. From the mosh-pit to the seated areas, the synergy between the band and the fans drove the entire concert’s pulsating atmosphere. With the psychedelic music booming in Jamsil Indoor Stadium, it was impossible not to jump and sing to my heart’s content.

Ever since the band’s spike in popularity after Ha Hyun-woo’s appearance on King of Masked Singer, performing songs he had presented on the show became a characteristic of Guckkasten performances. During this concert, the band performed “Waiting Everyday” and “Lazenca Save Us,” both of which are songs that show off Ha Hyun-woo’s impossibly wide vocal range. For those who have yet to witness his spectacular high notes during both songs, they are a must-watch. For me to be able to witness him pull it off live is an entirely breath-taking experience itself. I had never seen an audience simply applaud after a song during a rock concert. 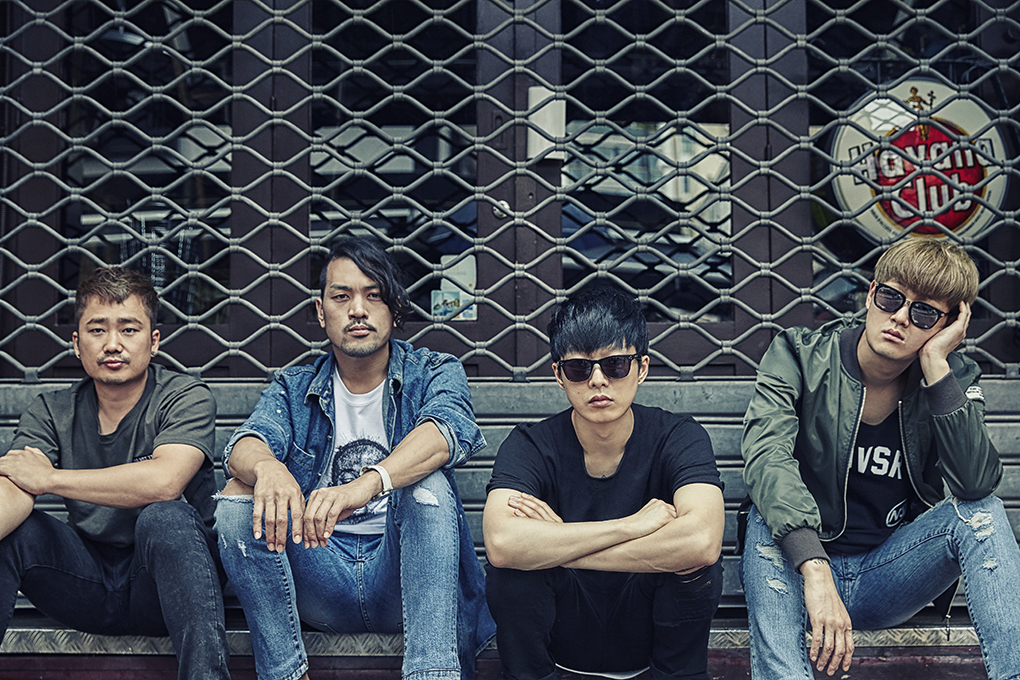 The concert was also especially enjoyable because of the segments between the music performances. Ha Hyun-woo was an entertaining speaker, fooling around and interacting with fans amiably. There was barely any barrier dividing performer from the audience.

One of these interludes included playing a wheel of fortune game. There was a large wheel projected with the band’s various songs. Ha Hyun-woo went around to pick a fan to ask for the wheel to stop spinning. Whichever song it stopped at, the band would perform the song selected. More interestingly, Ha Hyun-woo went around to select a fan based on the criteria of being the most pathetic person in the room. Ha Hyun-woo was comedic while still being a good listener, attentive to the words of international fans who travelled long distances, and also Korean fans who spoke about worries of school or military enlistment. He even remembered the name of a fan he had picked during a previous concert during the tour.

Adding to this particular fun-filled segment, the band also performed “Last Christmas.” During the song, the band members came forward with red bags filled with snacks for the audience. However, snacks were not the only presents they had for the fans. The band were also shooting out T-shirts from an air gun, as well as giving out polaroid pictures to fans chosen from a lucky draw of ticket stubs. Distributing all these goodies to the audience like Santa Clauses, coupled with the Christmas tune, it could not have been a more pleasant Christmas Eve. 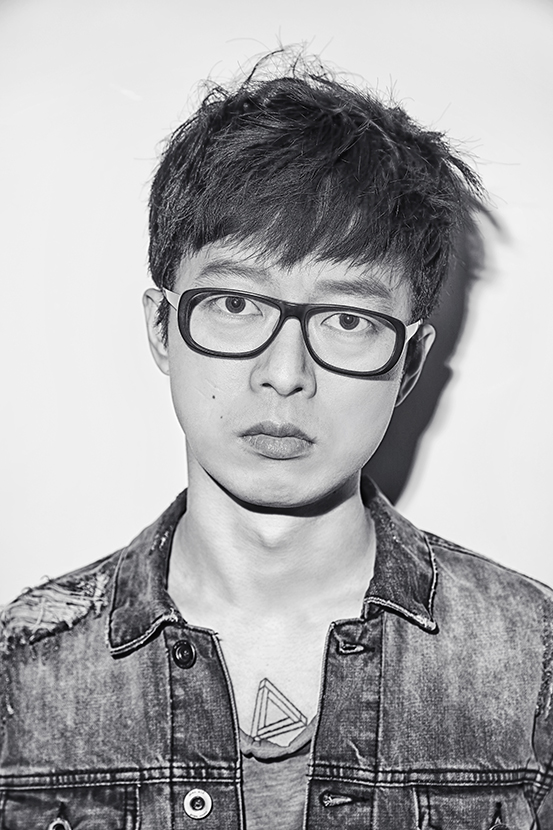 During their encore, Guckkasten also surprised the audience with “Heeya,” a song they had performed on I Am Singer 2. During the broadcast in 2012, Ha Hyun-woo had spoke about choosing the song to match the mood of Christmas then. It is probably by no coincidence that the band made the decision to bring the song back onto the stage during this year’s Christmas concerts. Straying away from heavy rock that the band is used to, they performed “Heeya,” followed by “Lost.” Both songs were pensive and musing, settling the crowd for a bit.

The concert ended with “Memories of A Shot,” a song that had appeared time and again during the band’s performances. This song is also one they had first performed during I Am Singer 2. The reason for its recurrences is probably due to it being a great song for the audience to sing to. Unsurprisingly, the fans echoed along with Ha Hyun-woo during the performance of this classic song. Ending the concert with the fans chorusing as one is aprobably one of the best ways to leave off on a beautiful note.

Many artists choose to have their concerts in the weekend leading up to Christmas, and it is certainly hard to choose which ones to attend. Guckkasten’s Happening concert certainly proved to be a worthwhile choice. The band has been known for their energy-packed performances, and having witnessed it live I can only say it is a hundred percent true. Somehow in a crowd of more than a thousand fans, Guckkasten still made it an intimate and entertaining session. Their performance was definitely awe-inspiring, but it was also immensely heart-warming to watch them shower the audience with such affection. Guckkasten’s concert itself was indubitably a perfect, well-wrapped Christmas gift for the fans, and a wonderful memory to keep for a long time to come.