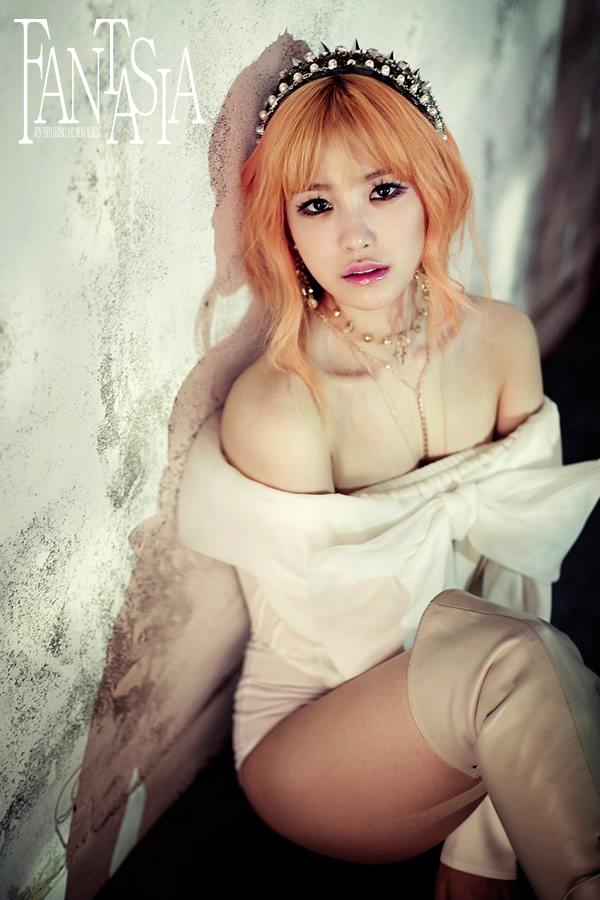 In part 1 of my review of K-pop girl groups this year, I talked about the current big names. And while the big groups are the ones new fans gravitate to, it is the countless other groups that dot the girl group landscape and keep the game exciting, and for multiple reasons. You can boast about supporting “the underdog”, you can claim credit when they are famous, but to be more precise, it is where most of the action is at.

It is where groups are seemingly in flux, and also where most fans watch for the next big thing. But just as interestingly, it is also where you would find some of the past masters, for whom fate have not been kind to them, and have been overlooked by new fans.

However, they still have their strong points, and the future might have a place for them, which is where this analysis comes in.

Proof that the K-pop girl group scene is one that never stays still are these three groups. They used to be firm favourites sat in the upper tier, but now struggle to stay relevant in South Korea and, more crucially, against the tide of negative sentiment. Support for groups on the rise seems easy to get, but everybody always wants to get out of what is perceived to be a “sinking ship”.

Of the trio, it is Secret that I am the least optimistic about. The member rifts do not appear like healing anytime soon, leading to more work on more solo projects; not to mention, the new songs have ceased to chart like in the old days. To top it off, the company knows (how else would you explain the investment in Sonamoo?)

With that, I am not too sure about seeing them around for the long haul. Still, it would be a shame to see them exit the scene, as they were the best example of a group punching above their weight: a well-balanced unit with well-crafted singles. Even their last single, “I’m In Love”, still had a whiff of the past glory days about it.

While Kara have also hit rough patches in the past, I have a bit more to be pleased about their cause. For one, “Mamma Mia” played to all their strengths, churning out their brand of synth-pop. Crisis? Couldn’t hear it at all. As for Young-ji, what I think she lacks in distinctiveness, she makes up by integrating well into the current team. I also appreciate how they have tinkered the formula slightly to stay that bit fresher.

Above all, the Kara brand still has value in Japan, a trait not to be underestimated. The days of glorious Korean all kills might be over, but I can see the group living to fight a few more years.

The same could also apply to T-ara, who made their name being at the forefront of almost any trend in K-pop. The are now eking out a decent living still doing so, most notably with their latest single “So Crazy”, which helps itself to everything we’ve seen before (costumes, booty shaking, tongue-in-cheek MV plot lines).

Say what you want about the cliched nature of T-ara’s projects — and this is a long way from the artistic peaks of their Absolute First album — but they have still got it when it comes to artfully packaging and selling you K-pop in its trendiest, most populist and ultimately most faddish form. Plus, old-timers rejoice: it’s the original six members!

T-ara are a group I would write off at my peril, just like the one below, but for utterly different reasons.

Where T-ara seem to make their name by just accepting K-pop as being the realm of trends with no pretense of being high art, the Wonder Girls have taken the complete opposite path.

Through well-crafted songs that seem to draw their influences from various disciplines, yet flavoured with that distinct tinge of JYP-ness, the Wonder Girls have successfully made pop anything but a guilty pleasure.

So, how good was Reboot? When “I Feel You” came out, the song was on loop for the good part of an hour at my house, without ever really getting cloying. And that was just the tip of the iceberg: the rest of the album proves a very diverse and enjoyable listen. Overall, it was an album that looked back nicely to the past, while infusing enough modern elements into the sound to keep it relevant. And best of all, it never felt calculated.

In fact, the album production team has also done a sterling job with the current batch of members, vocally. I mean, try removing a key vocalist from most other K-pop girl groups, and see how they scramble to re-arrange the members to fit the songs. With Reboot, it was just about having the songs suit the members. Sunmi‘s breathy vocals were never used to such good effect before this album.

Come to think of it, I might have said the same positives about Wonder World when it dropped four years back. The parallels are all there: an album designed as a whole package, one which was worth the wait, and which successfully keeps the Wonder Girls in the A-game. Good things are always worth the wait anyway.

Glad to have you back: miss A

For some reason, there are some groups I follow by virtue of their past prominence, despite them having slipped off the radar recently. While that 2NE1 comeback did not happen (probably due to the Big Bang’s), we still had miss A.

No frills, no fuss: just a solid tune with that bit of sass we have come to expect of miss A. Sure, it might sound a bit weak on first listen, but I would rather a song that grew on you over time, than some hard-hitter that got annoying after a week. And don’t most miss A songs fall into the former category? It won’t be long before you start humming a refrain or two.

If I got a dollar for everytime I said “someday, it will happen” for most of these groups, only for their latest single to once again languish in mid-table obscurity, I would be happily jetting around Korea and Japan covering the female pop group beat live!

As it stands, I have given up trying to pin-point their relative lack of success,. It may stem from a lack of a bona fide hit, fuzzy conceptualisation and planning, an inability to secure plum positions in variety show programming, or concepts that just never gelled with the general public. Or, all of the above.

Still, these groups are not without a strength or two; and it is never over for any group until it is officially disbanded, so I shall highlight some personal favourites. First up is Dal Shabet’s “Joker”, if only because their underdog status mean they can get away with such blatant wordplay. Jokes aside, the melody is actually quite pleasant on the ears, and somehow Dal Shabet can make even the most crass dance moves look sort of classy. That is a skill in itself!

As for Nine Muses: I encourage you to forget that aberration known as “No Playboy”, and accept this song for what it’s worth – one of the better summer songs of 2015 in “Hurt Locker”. And if they ever do become big – you heard it here first!

As usual, new groups, with the most obvious being Red Velvet. Call me slow, but I’ve finally been able to get past all that SM Entertainment hype, and seen them for what they are – a very well-sorted new group that is competent on stage. And just as importantly, they have the material to do them justice.

About the only thing is, what will become of f(x) now, given how closely Red Velvet seem to be encroaching into their territory, and with far more mainstream appeal to boot?

My take is that f(x) would be best thriving in that category of being what I consider the least mainstream K-pop girl group, ironically in a class which prizes conformity above all else. Interestingly though, given how well “4 Walls” has been received, both on the critical and commercial level, that move might have just paid off. SM’s financial muscle and fan support means that creative endeavours have room to “gain acceptance”, while given how f(x) have resisted pigeon-holing all these years, they might as well just embrace their hipster nature for what it is worth.

Those who are not fussed about big label debuts on the other hand, should give Oh My Girl a chance. Their debut, “Cupid”, seemed to strike the right balance between creating something intrinsically creative, yet not straying way into the realms of weirdness; thus ensuring a measure of commercial appeal. Although the latest release, “Closer”, is not as impressive, I find the sound refreshingly different, and it seems to get better on repeated listening.

And some questions for the year ahead: