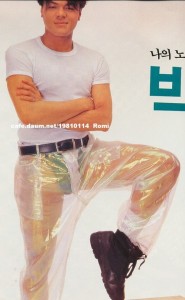 Seoulbeats is having a Halloween party! We’ve set out some of Son Dam-bi‘s red candles, baked some cute pig-rabbit cookies (the nose is a marshmallow!), poured Shawols’ tears into this punch bowl and queued K-pop’s creepiest tracks to dance the night away to. You can even bob for apples — just watch out for the nails.

All that’s needed are guests: you! And it’s just not a Halloween party if you don’t dress up. So, sticking to the party’s theme: What would your Hallyu-inspired Halloween costume look like?

Laverne: I’m going as the scariest thing I can imagine: SM.

Leslie: I’m so ready for this party, and I have decided to attend dressed as “Ring Ding Dong”-era Taemin. I’ll have a bowl cut, a white cashmere oversized turtleneck sweater and a pair of skinnies for my costume, and I’ll accessorize with a glass of ice cold milk.

Gaya: Laverne, is that as the SM logo or their misshapen bear mascot? Either way, I think the pink would look good on you.

Lo: I’m not one for scary costumes. I prefer the creative and off-beat ones. I’ve been the Mad Hatter, Demeter, an ice farie, and La Femme Nikita, so I feel the logical choice is a gumiho, the flirty pop culture kind that doesn’t actually need to eat the livers of men.

Chelsea: It may be something that only the original master could pull off, but I’d be willing to have a go at JYP‘s plastic pants look. Iconic, water-resistant, and totally something I could put together at home.

Pat: As a Starlight, you know I’m dressing up as an “Error”-era version of Ravi — weird shirt and iconic hat included.

Of course, I’m still no match to Chelsea and her JYP cosplay.

Gaya: If I hadn’t already given this idea to a friend, I would so dress up as an Exo-Ravana hybrid. In Hindu Mythology, Ravana was the king of Lanka, and revealed to have multiple heads; replace said heads with those of the remaining Exo members, and I’d be in business! Granted, I wouldn’t be able to move around much, but I’d be content with just chilling in a corner and shouting “we are one!” at anyone who approached.

In any case, I always have Orange Caramel to fall back on. Those ladies were made for Halloween, I swear; and I can’t go past the chance to recreate the bingsu outfits worn in their “Abing Abing” MV. 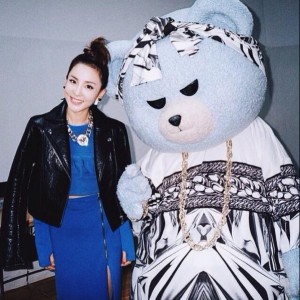 Hania: Seems like I’m on a similar wavelength to you, Gaya, as the first thing that came to mind for me was Orange Caramel’s sushi costumes in “Catallena”. Not terrifying, but certainly something quirky to get you noticed on Halloween.

If going in a group, I’d grab four of my friends and go as Crayon Pop – the perfect themed outfit for all of you!

Rachel: If it had to be a Hallyu inspired costume, I’d probably go for an iconic cutesy outfit like the simple clothes in SNSD‘s “Gee” or “Oh” and then zombify it!

Laverne: Gaya, if I was going to dress up as a bear, it would obviously be the YG bear.

But, of course, dressing up as SM might be hard to pull off so I’ll settle for a costume via VIXX. Their “Voodoo Doll” MV concept is eerie with just a hint of gore that is perfect for a creepy Halloween costume.

Cjontai: I’m really not into dressing up myself, but I do know who I’d want to dress up. I don’t ship these idols, but I would have Jihyo from Twice and Vernon from Seventeen be Jack and Rose from Titanic. Her hair is currently red, and she kind of resembles Kate Winslet. Vernon was compared to Leonardo DiCaprio on Show Me the Money, and he seems cheeky enough to pull off that character. 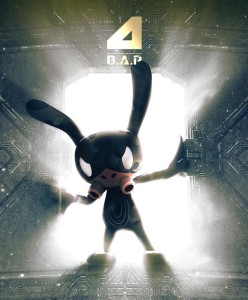 But if I must put on a costume, then I guess I would be that naughty bear from Lee Hi‘s “It’s Over.” She’s so adorable, and I’d look for any excuse to dance with her, even if that means dressing up like a bitter, stuffed bear. She can also have all of my candy — except the Sour Patch Kids; I’m not that generous.

Willis: I would probably go as a matoki. I can see myself donning those big ears and a face mask.

I might have said “Warrior” era B.A.P, but even if I found myself a blonde wig, I don’t think I can pull off that look.

Readers, what would your Hallyu inspired Halloween costume be?