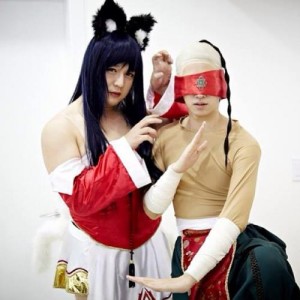 K-pop idols love League of Legends — Heechul and Shindong from Super Junior have even sported some excellent League of Legends cosplay. League of Legends (also known as LoL) is currently one of the most played online games with 7.5 million unique users playing at the same time. Plus, the two teams currently vying for the world championship are both Korean, with one LoL team (SKT T1) being the only undefeated team so far in this year’s League Championship Series.

So in honor of the end of the League Championship Series on the 31st, here’s the ultimate idol League of Legends team!

For those unfamiliar with LoL, the game may seem complicated, but with a little practice, it’s fun for all. For a game of LoL, you need five people for each team. The goal is to invade the other team’s base first and destroy their nexus, a glowing crystal in the middle of each team’s base.

For each position there are a variety of “champions” the players can choose from (there are 127 champions total in LoL). Each champion has their own set of abilities that make them more effective in certain roles. For example, champions that are able to fight one-on-one are better for top or mid lane, and champions that are hard to kill and can easily change the balance of a lane (ie: tanks) are better for jungling. Players tend to have a preference for a lane and a champion; those preferences typically dictate the overall play style of the player.

With those basics out of the way, let’s get down to the ultimate idol League of Legends team! 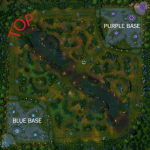 Top laners tend to be focused on their goal: winning their lane. They’re willing to go one-on-one with the opposing team and fight through the minion waves to secure top lane. They’re an island and often you won’t hear from them until the last portion of the game.

BoA, the queen of K-pop is an incredible artist who can do it all and needs very little outside support for her work. For years she worked in Japan, and broke down the barriers that had restricted Korean artists from being successful in their market. With that, she paved the way for other K-pop stars to have success in Japan. She’s been successful for a long time and understands what she needs to do to stay on top. 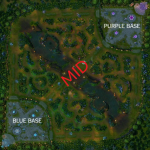 Mid laners like to be in the center of it all. They’re flashy and showy, enjoying all the attention that comes with being right in the middle of everything. Typically they ask for the most updates from the rest of the team. While they can hold their own, they’re much better in a team.

G-Dragon, a natural leader, was born to be in the spotlight. His second solo release, Coup d’Etat, debuted at number one on the Billboard World Albums Charts and no. 182 on the Billboard 200 back in 2013. But when “Loser” and “Bae Bae” from the MADE series were released, Big Bang held the top two slots on the Billboard World Digital Charts, a feat only Psy had achieved before. He shines on his own, but when he’s with Big Bang, he has the support he needs to truly be a star. 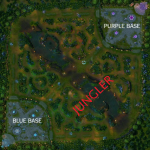 Junglers roam from camp to camp, slaying creatures for gold and special boosts. Generally, they’re perceived as manic players who swoop in and help surprise the other team. They grind through tough situations to accomplish their goal and like to mess up other people’s plans.

Kim Heechul is kind of a wild card within Super Junior. He’s snarky and sneaky, often saying something unexpected to catch people off guard. Need proof? Look no further than this video of him playing “I’ll Change” with various other celebrities:

ADCs or marksmen are the squishy (easily killed) early on; they easily take damage and if they’re not careful, can be killed quickly by the opposite team. However, towards the end of the match, ADCs become explosive and deadly. They rely heavily on the support to help them stay alive through the game; therefore, ADCs and supports that are able to communicate effectively are the most successful. That said, ADCs enjoy getting credit and enjoy the high risk of depending on someone else to succeed. 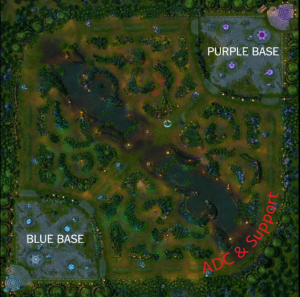 Nam Woo-hyun from Infinite is a mischievous troublemaker. He’s known to rope other members into his shenanigans and is the king of aegyo within Infinite. He enjoys preening and receiving credit, even if credit isn’t due. If you add value or profit to his life, he will respect you more, making him perfect for the ADC role.

Supports are the unsung heroes of LoL. They’re the ones who support the ADCs and the rest of the team members in team fights. They are used to sacrificing themselves and often will do what’s best for the team. However, if their ADC is incompetent they have no trouble picking up the slack and carrying them to victory.

Sung-gyu, the leader of Infinite, is the last selection for my team. While he comes off as cold and is known to relentlessly tease the members of Infinite, they still respect him. He and Woo-hyun are best friends and he’s more openly affectionate with Woo-hyun. They work together well and since Sunggyu has admitted to playing LoL, it’s entirely possible that him and Woo-hyun already play together.

What do you think of this team? Who’s on your idol LoL team? Share in the comments below!