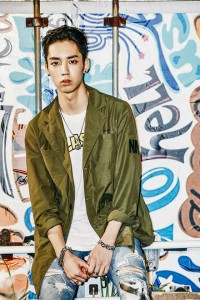 After a yearlong break involving touring, solo releases, album preparation and member rearrangements, hip-hop group Topp Dogg has returned to the K-pop scene. With the success of their first two years under their belt, the 10 members sat down for a quick interview with Seoulbeats to talk about their tour, their new album The Beat with promotional single of the same name and, of course, themselves.

Who would survive the most in a foreign country and why?

Hojoon: It would probably be the member that speaks English the best, so maybe Yano or A-tom? Hansol’s English is getting really good, too!

Sangdo: And it’s probably good to be open-minded and accepting to new ideas and mindsets if you move to a foreign country. But we are all quite open-minded, so it’s hard to just say one person.

Your sub­units are an interesting part of Topp Dogg’s identity. Can we expect to see  more sub­unit releases or solo releases in the future?

Yano: Yes, definitely, but right at this moment we are focusing on the release of our new album and other activities for our comeback. But just wait a little bit — we have a lot of new things in the planning!

This year you had a huge world tour spanning several continents. How was it?

Nakta: It’s been amazing to see some of the places we have been dreaming about going to for a long time, and especially to get such a warm welcome from our international fans. Because we could only stay one or two days in each city, we didn’t get a chance to really experience it fully, but it was still awesome. 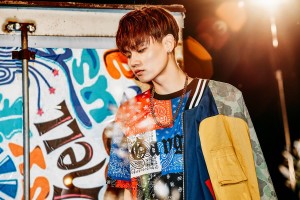 Sangdo: We want to go everywhere – and also back to Europe, the US, and around Asia. But I would personally also like to go to areas that don’t get many other K-pop concerts. It would be very interesting and feel special.

What was your favorite song to perform?

Hansol: I think “Keep Smiling” is always fun to perform because it really creates a good mood between us and the fans, and it gives me a lot of energy.

Travelling the world, you meet all types of fans. What have been your most memorable  experiences with fans?

A-tom: There are many experiences, but recently the last show we preformed in Europe was very memorable and very emotional.

We noticed a lot of cosplayers at your Atlanta concert. Do you have any tips for those  recreating your outfits?

Bjoo: I think they did a really good job with outfits and makeup and everything, so I don’t have any tips. It’s always a bit surreal to see yourself being cosplayed, but of course very fun and flattering! 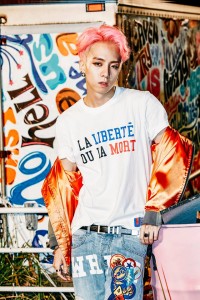 You debuted as 13 members, but are now 10. How has moving from an odd-­numbered  to an even-­numbered group changed your approach to choreography?

Xero: Of course we have to re-choreograph all the old dance routines, so it’s a bit of a challenge. But then again, because we are fewer and all the members are more experienced dancers now, we all learn faster than before.

Topp Dogg has always presented intriguing concepts. How do the ideas for these concepts come about? What can we expect from you in the future?

Hansol: When we decide on a concept it starts with all of us having a sort of brainstorming meeting, where members and creative staff discuss different ideas. After that we narrow down the ideas we think fits Topp Dogg and the members, but also what we think would be appreciated by fans.

For this concept we wanted something that expressed new-thinking, creativity, a bit of rebellion, and in a way marked the start of a new era. And so the thought of having a hippie-inspired concept came up. Of course, it’s mixed with more hip-hop and fashion styles we like ourselves, but that hippie-feel is at the core of it.

You have a new album coming out. How was the process making it? 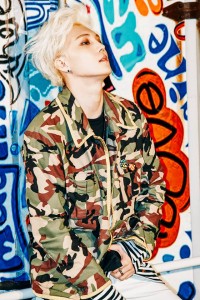 P-goon: It’s always hard to make the final choice for a title track of an album, because it basically decides if it’s going to be a successful or not comeback, so there are a lot of things to consider. But the process itself goes something like this: We have a long list of songs, written by both members and producers, and then we individually do a listen-through of the demos where everyone in the company gets to vote and comment on the songs they like. This way the list gets shorter, until finally we all agree on which songs to put on the album. Then when we are actually recording it, all the members pitch in with their ideas. For example, in what way we want to sing our own parts, and of course the rappers themselves write the lyrics and make the rap parts fit with the song. So it’s basically a lot of teamwork.

Any message for your international fans?

Jenissi: We sincerely want to thank our Topp Klass fans for all the love and support that they keep giving us. It really means so much. We want to grow and develop even more as artists so we are hoping that our fans will keep watching us and follow us, because that’s what gives us the most energy. We love you so much – Thank you!