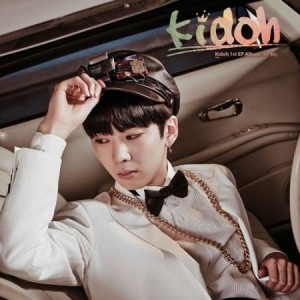 Back in August when Topp Dogg made their Amadeus comeback, Kidoh‘s absence was pretty noticeable. Those that follow the group had already heard the rumors that he was releasing solo music (they began circulating months before), so him being missing wasn’t too surprising to TOPP KLASS. However, in the grand scheme of K-pop, a group member missing a complete promotional cycle for solo preparation is odd. After constant teasing and delays, Topp Dogg’s Kidoh finally released his solo mini album, Small Album.

That is such an accurate title for a mini album, right? Well, while the album only has five full tracks and two short ones, the album is not lacking. Overall, Small Album is a departure from the usual Topp Dogg fare and sets Kidoh as a soloist apart from his group-member persona. For one, Kidoh is actually singing rather than rapping. Second, the music contains less mishmash within the individual songs. There are no “Arario” or “Topp Dogg”- style tracks on the mini, which is a good thing. Small Album is all about Kidoh and his own flavor, and he accomplishes this by taking on the project to mostly be himself.

To start a small album, if you are Kidoh, you have to have a “Small Song.” You get the sense of the style Kidoh has: smooth yet rough around the edges. Not only that, the intro does seem as like it would be an introduction to an essay or research paper: Kidoh is laying out the purpose of him doing the album. Small Album is essentially his voice, thoughts, and feelings. It’s not about being popular (though, he would love it if you shared the music) but about getting his name and music out there.

“She’s So Sensitive” is a bit of a funny song. This isn’t a track about how sweet and amazing a man’s “Ms. Right” is but rather how awful she can really be. Kidoh talks about a girl who gets angry over little things, nags incessantly, and generally has a bad attitude. Despite all this, he sticks beside her because he’s the only one willing to put up with her. It honestly sounds like a rather destructive relationship.

However, the music itself doesn’t fit those lyrics. The song has an upbeat jazzy style and honestly makes you want to dance along. That’s in juxtaposition to the lyrical content. It almost seems like the music for the final track, “Still Alive” was switched with “She’s So Sensitive.” But, Kidoh’s performance style also adds to the happier feel to the track. If I can find an excuse for the peculiarity, it would be that sometimes, even bad things can seem good at the time.

Title track “Taxi On the Phone” is all sorts of smooth. With the light electric guitar and piano, the song is like what you’d find in a smoky jazz bar. Topp Dogg member Sangdo‘s voice works with this genre, and it’s nice that he has a chance to showcase it. Additionally, the cymbal splashes in the chorus parts match well with the emphasis that Sangdo is placing on certain syllables.

If you haven’t checked out the MV, you should do so, as it is a rather amusing tale of the life of a taxi driver. The main story point is Kidoh, the taxi driver, being hailed by his ex (played by EvoL’s Yull), her leaving a cell phone behind, and the memories that crowd his mind. He goes through quite a bit before he can return it to her and ends up catching her with her new beau. You have comedienne Lee Gook-joo playing the woman in labor who reacts violently during contractions. There’s also fellow DaeNamHyup crew member/Show Me the Money 3 star, Iron, playing the drunkard. Finally, you have fellow Topp Dogg rap-line members Jenissi, A-tom, and Yano playing the loud and obnoxious kids. In between all this is Lee Gook-joo again except being beautiful as a video dancer and in 8-bit video game scenes. Overall, it’s quite a good MV.

The first three songs on the album are more palatable for the general public. However, with the fourth track, we see the shift to the more “hip-hop” style and also see more serious lyrics about Kidoh’s view on his career.

“So Busy at 1 o’Clock” is a continuation of Kidoh showing some crew love: it’s a collaboration with him, i11evn, and Supreme Boi. This song is the first upfronthip-hop track on the album, both in style and lyrics. It has the feeling of the tracks you’ll find on a mixtape or one of i11evn’s albums. As the title suggests, “So Busy at 1 0’Clock” is about being on the grind, even in the early morning hours. The lyrics are essentially a declaration against those who try to tear down people who are trying to move up in the game.

“Absolutely Correct/Everything is Natural” is the second hip-hop track on the album. With the “Everything’s Natural” hook, the song is quite easy to sing along with. The music is rather funky but slow.

The track starts off a bit sad: life is not easy, and everyone struggles. However, when the song goes to the second verse, Kidoh is accepting and embracing the difficulties. He’s just going to work harder and have faith, and he wants others to do the same. The result is an uplifting song overall.

There is a brief Interlude right before the last track, and well, it doesn’t really fit. It harkens back to the video game style of the earlier MV, but other than that, it seems disconnected from the rest of the album. It’s almost like it shouldn’t even really be on the album, that is, until you hear the last track. 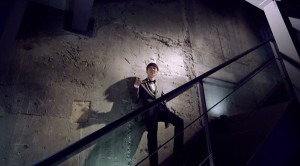 Just when you got comfortable with the nonabrasive, slick style of the other songs, the final track comes up. It is pretty different from the other tracks and sticks out, but not to the point where you feel it doesn’t belong. The song is angsty and timid sounding, with its minimal music — piano, some background sounds, and a beat. The electronic music sounds like the final boss stage of a video game; it’s pretty fitting for the lyrics that discuss being still alive and being a dead man.

“Still Alive” is a more hip-hop version of something Linkin Park would have released back in the late 1990s-early 2000s.  Contemplating its inclusion in relation to the other tracks on the album, “Still Alive” is a good closer, even if leans towards being an outlier.

So, how does Kidoh fare in letting his voice and thoughts be heard? Pretty well. The album could easily be split into two different sides: the idol and the rapper. Kidoh manages to show that he can be both and not lose himself. No song is the same as any other, and each has its own personality. Kidoh’s first solo release is a great start for him.