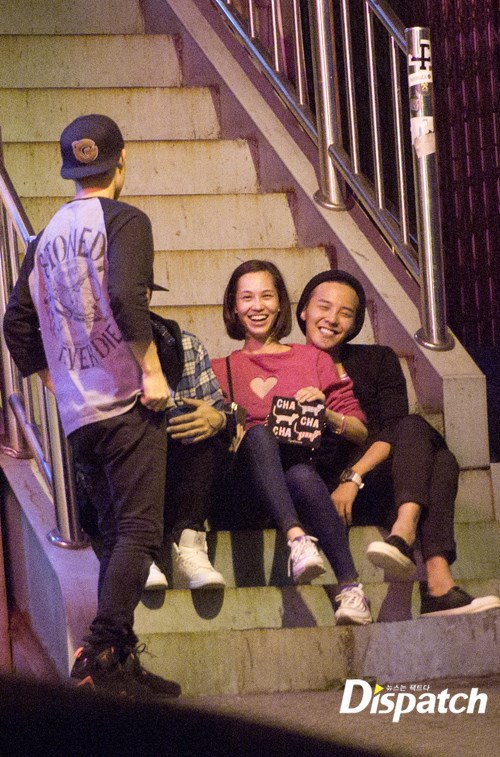 Hello! Hope everyone is having a good Sunday.

This week saw some crazy stuff happen… But you wouldn’t say it was new completely out of the blue. Dispatch got a big scoop by catching G-Dragon on a date with American-Korean-Japanese model Kiko Mizuhara. And by big, I mean they took a lot of photos of the couple, who did admittedly look quite cute together.

However, their relationship has been an open secret among the Big Bang fandom, to the extend that even non-VIPs knew about it. And so it was business as usual for the K-pop fandom, with a bit of extra cooing from the fans who weren’t spewing vitriol into their Instagram comments.

Speaking of Instagram: G-Dragon continued to encourage drug rumours after posting a very teenage picture dedicated to ecstasy. Dispatch might have generated more scandalous buzz by catching G-Dragon with actual molly instead of Mizuhara, but even then fandom would not be any more surprised. G-Dragon seems to have passed the point where nothing he does fazes people anymore.

Something else that hasn’t fazed fans has been Lu Han‘s departure from Exo and SM Entertainment. Rumours had been swirling for weeks, and evidence of Lu Han’s frail health didn’t do much to dispel them. By the time the lawsuit was filed, fans had begun to make their peace and were, to a degree, calmer in their response — especially when compared to the storm surrounding Kris‘ sudden departure.

The last example especially shows how people react to news that has been rumoured at first, as opposed to being out of the blue.

Readers, what rumours have you heard that have since come true?