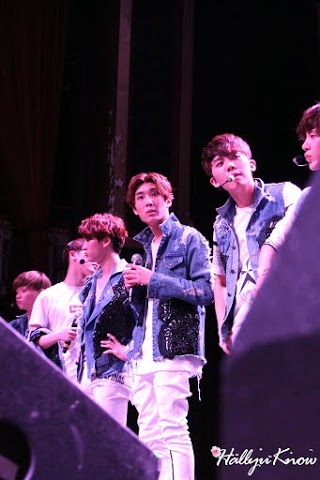 As far as K-pop concerts go, Topp Dogg in Atlanta was the same as any other – and I mean that as a compliment! The lights were flashy, the outfits were tight and had unnecessarily heavy jackets, and the members were still attractive even after they got sweaty. I’ve decided that stylists just want the boy group members to take their clothes off, otherwise they wouldn’t give them so many hot layers when intense choreography is involved.

The one way that the concert experience in Atlanta differed from others was how the fan energy was distributed. Things were far more relaxed during the before-show lining up process than I’ve seen at other shows. Well, it’s because they assigned seats, you may say. Alas, that hasn’t seemed to be a factor in the past when I’ve witnessed fans waiting in line for hours, only to rush the doors like mad people, despite their assigned-definitely-not-going-to-change seats.

It was a refreshing experience to have a calm, slowly-forming line of people about an hour before the show filled with many polite fans accepting of new people jumping in to join their friends; perhaps it’s because Atlanta is in the South, and lord knows we like to be friendly, but perhaps that’s also just my personal wish as a Southern girl.

However, once inside the venue, the energy level shot through the roof. This is how a good concert should be: everyone makes it in the door safe and sound, saving their energy for the actual show as opposed to wasting it all before-hand. Judging by the fans’ excitement, you’d never know that Topp Dogg is still considered a rookie in Korea. There were excellent cosplayers, intricate fan-made posters, and multiple organized fan prop events – birthday banners, song specific banners, and balloons, oh my! Of course, we can’t forget the never-ending screaming and chanting that left many hoarse after the show. 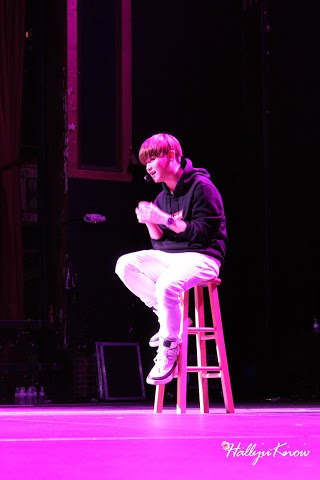 Speaking of energy level, it was clear that the boys of Topp Dogg were exhausted from their tour, but they still worked as hard as they could to make the show a success. Atlanta was the last stop of this USA concert run and, unlike between the Houston and Miami shows, there was no break between the show in Miami and Atlanta. When you have as much energy-consuming choreography as Topp Dogg, it’s no wonder they were tired from back-to-back shows.

Unfortunately, Sangdo also sustained an injury during the tour and had to sit, or slowly walk, for much of the show. He apologized personally and still did his best for the fans — luckily leg injuries don’t effect the vocal chords.

Although every number of the night was impressive, the special sub-unit stages were especially fun. They didn’t exactly stick to their “kingdoms” of Lions, Magicians, Dragons, and Knights, but that isn’t necessarily a bad thing; they mixed and matched members as needed. The performances included a hyped-up rendition of Peekaboo, intense dance pieces, and lovely R&B ballads.

To round out the special stages, the dance line and P-Goon performed a cover of Jason Derulo‘s “Talk Dirty.” Now, I hadn’t considered this before, but “Talk Dirty” is the perfect song for a K-pop group to do for their fans – we don’t speak the same language, but the attraction is undeniable. This is also the song during which A-Tom featured as rapper, and flashed his abs – good ‘ol K-pop. 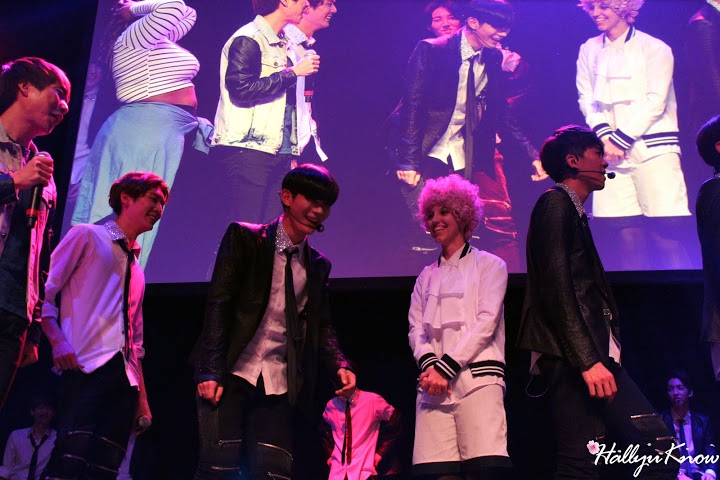 There was also an audience-interaction segment of the concert during which the members of Topp Dogg selected three crowed members to play a game with them. Two out of the three selected people were cosplayers, so keep that in mind for future concerts if you are looking to grab an idol’s attention. What was most refreshing about the interaction segment was that Topp Dogg treated the fans like friends – they weren’t overly formal or overly romantic in that unrealistic way we see in K-pop occasionally – there was very little ceremony to the process, it was just a group of people having fun. The fans also helped this by acting calmly while on stage, which probably put the members more at ease.

The show did a great job of letting all of the members show off their individual abilities. By having special stages tailored to certain member groups the audience got to experience the range of entertainment Topp Dogg is really capable of. Everything we ask for from K-pop groups – dancing, live singing, live rapping, and fan service – was present in Topp Dogg’s concert. They are to be commended for bringing such intense energy on stage, despite their obvious fatigue from traveling. 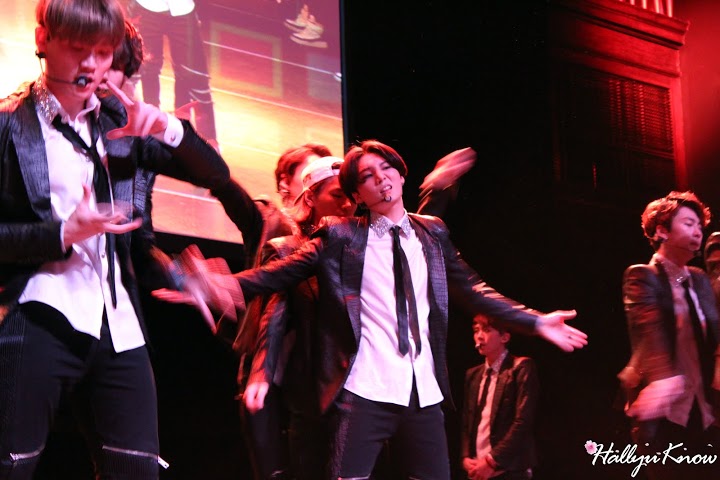 Given the chance, I would definitely go see Topp Dogg live again. Hopefully their rookie award win has revitalized their determination and they will continue to improve as a group in 2015.