Naul Gets Nostalgic With "You In The Same Time" 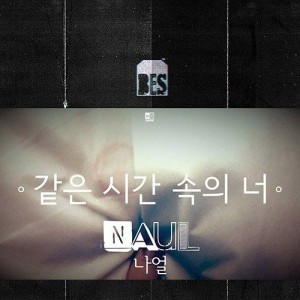 Na-who? Naul? Who is that? Oh wait … didn’t he feature in a Tablo song once?

I will admit that my interest for Naul’s newest single was sparked by the information about who was starring in his music video rather than by any knowledge I had about the artist himself. But hey, what can you do when everyone’s favorite former child actor, Yoo Seung-ho, announces one of his first post-military appearances?

Despite my bias, though, it quickly became clear that Naul should be able to garner some interest all by himself. As a member of popular R&B group Brown Eyed Soul, and of a male duo with similar success and name, Brown Eyes, Naul has established himself firmly in the Korean music scene. In addition, he released two solo albums in 2005 and 2012, the first one of the two being a remake album of hits from the Seventies and Eighties.

If that first remake album wasn’t enough proof that Naul enjoys some older tunes, then his newest single “같은 시간 속의 너“ (“You In The Same Time”) is sure to prove it. The song begins with a deliciously nostalgic keyboard melody and soft percussion sounds. Even Naul’s careful voice, dripping with the pain of lost love, contributes to the echo-y sound one immediately associates with decades long past. The general sound also reminds me of Yoon Jong-shin’s “No Schedule”; another well-crafted ballad which tip-toes on the fine line between sweeping emotion and melodrama.

Although the lyrical content of a song of this nature is never all that hard to guess, the music video does a great job at conveying the essence of the song. “같은 시간 속의 너“ is about the difficulty of letting go of a former love, especially if the other person has already found a new partner. This is illustrated in the MV by the act of painstakingly assembling a love letter — sealing wax, rose petals and all — only to burn it in the end, after the main character realizes that even writing and sending this letter can’t bring his lover back.

In regards to a storyline, not much else happens in the music video — which was a smart move on the director’s part. “같은 시간 속의 너“ is so filled with emotion that too much action in the accompanying MV would have been overwhelming. The subdued, dark, nostalgic nature which the music video has instead perfectly fits the song.

The focus on the artistic rather than the action in the MV also contributes to the impact of Naul’s song. This happens, for instance, by way of the camera, which consistently films important objects and the main character in medium to extreme close-ups. By staying so close to the character, the camera accentuates Yoo Seung-ho’s facial expressions and the potential sentimental importance of certain objects (e.g. the bible).

In the end, whether the listener/viewer will like this single from Naul really depends on their appreciation of ballads and calmer music videos. I personally like ballads, especially ones with a little nostalgic twist. If they are as tastefully done as this one, I can’t help myself but give them a good rating. “같은 시간 속의 너“ doesn’t sound like anything new, but it sure is enjoyable.

The MV is just as pleasant as the song, and therefore receives a score of 3/5. Although not especially memorable, it supports and enhances the emotional nature of Naul’s latest single.