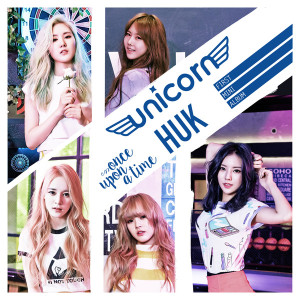 As of September 3, Show Brothers Entertainment has debuted a five-member female group, produced by Kim Jo-han, and their name is Unicorn. Ga-yong, Rumi, Sally, Winnie, and Yu-jin have come together to provide healing, just as a unicorn would, but through the power of music. With their debut comes a mini album, Unicorn: Once Upon a Time and a title track—“헉” or “Huk.”

Before progressing any further, the record’s title gets confusing. Is it a mistranslation because g/k use the same character in sound? Is its usage an onomatopoeia for being surprised or shocked? There seems to be no solid answer of this, so you’ll have to make the decision for yourself.

The song opens up with a dreamy and fluttery tune which is soon accompanied by vocals talking about how the pain of past loves made them afraid to fall in love again. While the melody doesn’t change, the technique of the lyrics do. The vocals that started off the song suddenly turns into a slowed down rap to follow the beat and explains how this one person has revived their heart to feel love again and the passion of wanting someone by their side. Then switches back to singing for a English heavy chorus, wanting their savior to hug and kiss them.

I was afraid of falling in love for a while
Because of a lot of pains from love
On my heart which I thought it has stopped
You are carving the feeling of love again
I need you by my side
I want to keep you by my side
Just give me the time, I will come to you
Slowly and throw myself into my arms.
So please don’t be embarrassed and hug me tightly

Within the chorus, the ‘hug’ or ‘huk’ is quite debatable considering there’s no difference in its pronunciation. Even the subtitles within the video switch between the ‘k’ and ‘g’, so it’s probably the best and only guideline to know which word is being used when. Backtracking to the onomatopoeia, ‘huk’ inserted into the lyrics can be, ‘Surprise me, surprise me baby.’ But then, the Korean word for ‘surprise’ would make more sense if ‘huk’ is truly describing a sound being made. Otherwise, “(sound) me, (sound) me baby” makes little to no sense. Try inserting a gasp or ‘omo’, which is also used to express shock. Sounds weird doesn’t it?

It hasn’t gone unnoticed that the follow up to the chorus sounds strangely familiar. Despite the song sounding entirely different, the delivery of “What you know about me? What you what you know about me,” is exactly the same as Lil Mama’s “Lip Gloss”. The two lines are said three times and it is only different when it is being sung, not rapped. Hopefully this won’t come up in a plagiarism case, considering one of the members, Rumi (was Seolha), was a part of another group by the name of PURPLAY who were accused of plagiarizing dance choreography back in 2013.

The interaction between the group members and the guys plus the males’ acting seems slightly forced and awkward. It’s not the shy type of awkward, it’s the director put us in this room to film this scene and we know nothing about you so I’m going to do a slowed down version of running man with my arms while she’s going to act surprised type of awkward. A glimpse of those scene are less than ten seconds combined and only appears five times. Each time was filled with secondhand embarrassment.

The pastel colors of the video are cute for the girl theme, but can be a bit of an overload. It’s on the set, it’s on their clothes, and it’s even in their hair. Anything related to girls: shoes, shopping, sugary food, tea parties, all of it is crammed into this video. For some reason, I’m reminded of miss A’s “Breathe” with the pop of colors (miss A has more variance) and the scenery (especially in miss A’s second chorus).

What Unicorn lacks is something that sets them apart from other girl groups. If it’s not the looks (which is quite terrifying considering the over-dramatic eye makeup), style (pastel and stripe overdose), lyrical theme (universal to finding love again after being destroyed by it plus overabundance of repetitive English), or vocal ability (generally okay marks), the thing that makes one shine is the dance. But in Unicorn’s case, the dance comes from the box labeled ‘generic K-pop dance moves for females’. With all these points combined, sadly, there’s nothing that makes them unique in their display of performance. 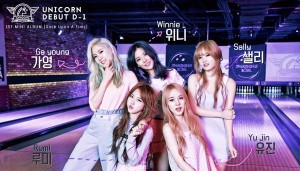 ajorly displayed as of recent, then yes, Unicorn definitely succeeded. The song has a catchy vibe to it, the vocals aren’t intense and flow smoothly, and the melody is soft. It’s undeniable that you probably can’t help but to sing along. But the choice of ‘huk’ and ‘hug’ is entirely up to you.

If Unicorn has gotten your attention, you can catch their five episode series, “I Am a Girl Group”, which is on NAVER TV Cast (assuming there is no region block). 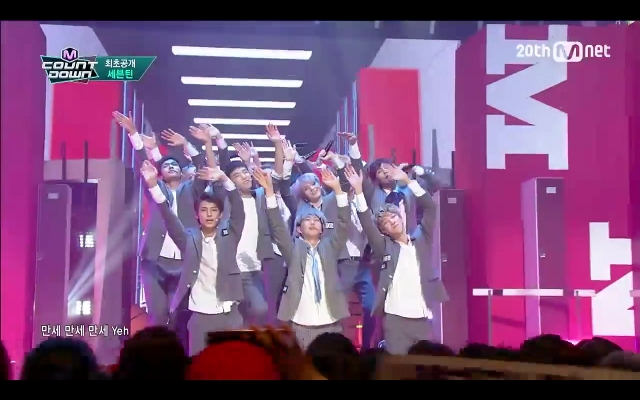