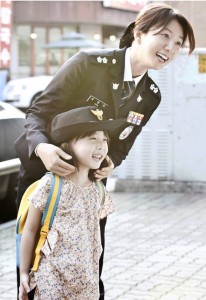 It’s not often you find a cop drama that balances crime and personal drama of the characters well, but Mrs. Cop shows the promise of being that drama. Mrs. Cop follows Choi Young-jin — played by Kim Hee-ae — a detective in Seoul who works in the violent crimes unit and a mother. She’s stubborn, smart and brilliant at her job. It’s clear from the beginning that Young-jin is respected by her coworkers and she can handle herself in a man’s world.

The first three episodes follow Young-jin as she tries to capture a serial rapist and murderer as he leaves bodies all over the country. We see from her interactions with her superiors that while she gets results, they have trouble working with her because she doesn’t play by their rules. More than one scene has Young-jin being berated by Chief Yeom Sang-min (Lee Ki-young), the Chief of Detectives; he often calls her rude and insubordinate, threatening to demote her if she doesn’t start doing what she’s told. Of course she doesn’t listen, at one point even resigning before realizing that she’s a cop to the bone.

Young-jin isn’t just a tough cop, though. When she’s seen with her daughter we can see how much she cares about her family, even if she isn’t able to be there for them. She struggles to arrive on time to her daughter’s recitals and sees her daughter so infrequently that her daughter resorts to shop lifting so that Young-jin has to come pick her up from the police station. It’s heartbreaking to see Young-jin so conflicted about if she should focus less on her career and more on her family. Her sister Choi Nam-jin (Shin So-yul) is the younger sister and caretaker of the family. So-yul does a great job expressing the frustrations of a reluctant caretaker while simultaneously trying to be understanding and supportive of her older sister. Her chemistry with Hee-ae reinforces the sister dynamic. Plus, the teasing Nam-jin has to endure from both her niece and Young-jin helps us see more of Young-jin’s caring, maternal side, the side she wants desperately to be better at.

Kim Hee-ae does a great job 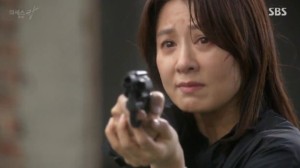 of toeing the line between stubborn, no-nonsense cop and an empathetic human who only wants to do what’s right. I haven’t seen her in anything else, but she creates the character of Young-jin with ease. When Young-jin needs to be in charge, Hee-ae never overdoes it; if she needs to show emotion, she does so subtly in a way that let’s you know how much she cares while not feeling disingenuous. However, if the situation calls for Young-jin to lose her temper, Hee-ae sometimes over exaggerates her actions, which at times cheapens the moment. Other than those few moments, the majority of Hee-ae’s screen time is well acted and nuanced.

While Choi is our main character, her partner Park Jong-ho, played by the delightful Kim Min-jong, will probably play a larger role in the episodes to come. In these few episodes, Jong-ho acts as a counterpoint to Young-jin’s single-focus for justice. He’s more likely to follow orders and isn’t as insubordinate than her. He often is her voice of reason and ally when she needs help in her pursuit of justice. Their banter about his flirtation with her is natural and thankfully doesn’t come off as creepy. I’m hoping they don’t have a romantic relationship later because their current friendship is refreshing.

The first three episodes act as exposition for the rest of the series. The pacing of the show is quick and well-written with the different plot points building to their climaxes in just the right amount of time. When the first episode opens we meet Young-jin on a stake out looking for a serial rapist, but instead of catching the rapist, she catches a petty thief who gets charged for rape and murder instead. This is linked to the overarching plot for the first few episodes, and helpfully leads into Young-jin fighting to catch the actual culprit even when everyone else wants to close the investigation. She eventually catches the true culprit after he kills a young child and leads her and her team on a chase through Seoul. 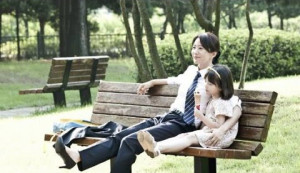 Even though she catches the serial rapist and murderer, Young-jin faces the possibility of being fired because she shot the perpetrator. We see Young-jin stick to her value system and tell the truth, even when she knows that if she bent the truth they would have let her off the hook. While all this happens, we find out that the Chief of Detectives is taking bribes from a powerful businessman. It’s clear this will be a point of conflict for the rest of the series.

The conclusion of these two plot points didn’t feel rushed, even if one thing quickly happened after the other. The style of writing is succinct and crisp, with slower scenes not feeling out of place between chases and intense interrogations.

One moment that stood out in particular for me was during the first episode. Young-jin is in trouble with the Chief of Detectives for insisting that the person in custody is innocent. Sang-min exclaims,

“You know what I learned from being a policeman for the past 20 years? Those who get arrested for burglary or those who rape and murder — They’re all trash and deserve to get killed.”

The thought that the Chief of Detectives believes this is troubling; I had to pause the episode to fully digest what had just been said. It really grabbed my attention and stuck with me as I watched the next few episodes. Is Sang-min actually a bad person? Or does he just have some flawed beliefs?

If you’re familiar with what’s been happening in the United States, then you may have heard criticism about how the police interact with the public, particularly with people of color. Hearing someone in a position of power disregard punishment fitting the crime is unsettling, particularly when, on an almost weekly basis, another person has been hurt or killed by a police officer. However, it’s very possible that this belief that Sang-min holds will be challenged throughout the series, potentially ending with him realizing his error.

I’m excited to see where Mrs. Cop goes, to see how Choi Young-jin develops, and how she balances her personal life and her career. There’s plenty of potential for this drama to be more than just another procedural; with strong writing and a lead like Young-jin, the different avenues that can be explored is exciting to think about. Hopefully we will get to see more of Choi Young-jin with her family, and not just out catching the bad guys.

How did you like the first three episode of Mrs. Cop?