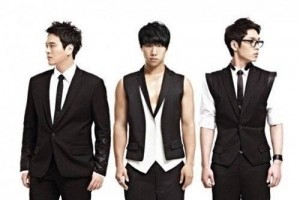 In fashion and TV topics, we took a look at our favorite performances from last week’s music shows and photoshoots with striped patterns.

In socio-cultural topics, we looked at South Korean censorship and regulation.

We covered last week‘s and this week‘s news in our Week in Review segment. We released the first part of our KCON adventure via a Buzzbeats episode. Our Roundtable looked at the meaning of “selling out.”

Wow, you’ve really done your research for this article, I’ve learnt so much from reading it, it’s much appreciated. I knew that SK censored their populace but not to that extent, I would be terrified of writing the slightest controversial thing online, it sounds like they’re as bad as China just with a better PR team, the technical war with NK certainly provides them with a great excuse but things can’t stay this way forever, people are already rebelling by using US registered domains and it’s only going to continue, SK can’t violently crack down on people, at least not on a massive scale, they like to portray themselves as democratic and as fair as the Western countries and they won’t want that image soured. 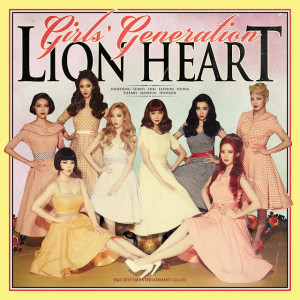 Do I agree? Ah….no. Honestly, I found the majority of songs overwhelmingly boring. I don’t follow SNSD that closely but I believe they can (and deserve to) do better than this.

From the 12 tracks, I personally only like 4: Lion Heart, You Think, Fire Alarm and Paradise.
Lion Heart, although nothing special, is quite an enjoyable listen. However, I feel like the dance and some of the costuming in the mv made the song feel more ‘gaudy’ than it is in reality, which is a shame.

As for You Think: I wish that there was less ‘forced’ vocals, especially the adlibs “You’re Not” over the chorus. I feel like they would have been more effective if used sparingly, not continually. Especially since they didn’t actually sound that good. Seohyun‘s low run in the first verse was 10x better than all her high notes put together. The rap was ok…Hyoyeon was ok…listening to Sooyoung‘s rap is strange for me because I swear she sounds like the female Tao…and I’m not quite sure how I feel about that. But, despite all it’s flaws I actually really like You Think. The first verse is fantastic. Sunny‘s vocals were amazing if sometimes rough. Taeyeon really slayed, she was the only member that I felt was in control of the song and not the other way around.

I would say that Fire Alarm is great because it has the perfect balance between sweet and spicy, and Paradise is the gem on album. It’s simple, but enveloping. There’s enough dynamics and energy to keep you wrapped up in the song but at the same time, nothing was over-sung – which i thought was fantastic. It’s kinda rare in kpop to show that intentional restraint, but still hit some pretty impressive notes/runs, so I was quite impressed.

But unfortunately, I found that the others songs on the album were like drinking flat soft drink. There’s was potential, but a lot of the songs came across as either mediocre or sung with zero energy. They were missing that fizz. 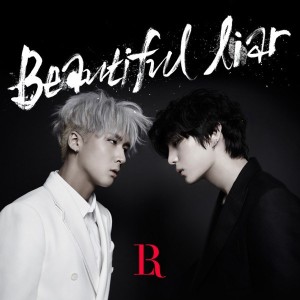 i agree with all of these points with a small addition: I interpret the last line (“I’m a cowardly liar”) as an admission of fault on the singer’s part (meaning the character that Ravi and Leo created), but not in a way that should incite pity (although it might because ymmv on Leo’s gigantic puppy eyes at the end of the mv).

throughout the song I caught myself thinking, “well, why not just make it up to her? are you going to let her just leave without trying to amend something about yourself or the situation? is this person just going to let her go because of reasons?” the strangest part of the song was the fact that Ravi and Leo kept on singing about her stress, her lashing out and turning away, and even described reasons why the relationship is it a shambles (which, interestingly enough, isn’t at all her fault; as it turns out, the singer is a liar to the point where it has caused the rift in their relationship in the first place) but never turns around and talks about the ways that the singer went about to fix the relationship. sure, she said she needed time to herself, and he gave it to her, but his heart isn’t in it. the time was there to give them time to reflect and come to terms with the state of the relationship, but as the song continues, it’s clear that the singer is still dwelling on how idealized the relationship in his own head was and just how attached he is to her – at this point, I realized that he was willing to lie so he could maneuver himself back into her life, but was unwilling to actually look at himself in reality with the intent of becoming a more genuine person, someone who would actually be a healthy person to date. this comes to a head as the singer begins to actually lie in the text of the song (“I feel fine now, I’m so relieved”) and realizes how much of a front he’s putting up in the name of not only letting her go peacefully, but to guard himself from actually admitting fault – because, after all, the first step to recovery is admitting that something was wrong. it seems as though he’d choose to stay a liar and stagnate in what might have been than really looking at himself and changing the parts of himself that broke the relationship (I.e. the parts that lie a lot). to me, personally, that refusal to reflect on one’s darker side honestly is cowardly, and I think the song agrees.

this gets backed up by the mv pretty well, I feel. the ambiguity of both ravi’s and Leo’s moral alignments have already been touched on, but the mood in the mv makes a lot more sense when you realize that he’s been trying to nicely dance around the fact that he’s hurt her, a lot – Ravi chasing her around the table and her backhanding him in response while Leo adamantly refuses to watch is just more fuel to remind us that, uh, yeah, she really had been suffering in the relationship and the singer had been turning a blind eye. If you ascribe to the idea that neither Ravi not Leo are perfectly justified in their positions nor completely wrong, and if you also ascribe to the idea that the singer is actually at fault in the relationship, but is too cowardly to change himself in order to save it, everything in the video makes perfect sense as long as you stick with me and make two assumptions. one: Leo and Ravi represent two reasons why our singer had been lying to her in the first place. Ravi, of course, represents anger, confrontation, and maybe some contempt; Leo, in being taciturn and perhaps a little less forceful, coupled with the fact that he’s the one who calls himself a coward in the end, would probably be best described as fear. the two depict the two emotions fighting each other, literally in the end, and the gentler fear ends up winning – but why was fear struggling so hard when he also knew that he didn’t know what he’d do without her? when you ascribe to the theory that he was too scared to let go of his lies – he didn’t want to let go of whatever justifications he had for his behavior – then you realize that fear was wrestling it out with anger because he feared being wrong and confronting himself for being wrong. being all, “yeah, we weren’t going to work out anyway, we should split up, this is actually easier to me” isn’t going to help more than one person here, and he knows it. he just doesn’t know what else to do because doing otherwise would be tantamount to admitting fault. two (and bear with me on this one): when looking back at the song and the video as a whole, with the lyrics in mind, if you see Ravi as anger, the more sympathetic lines he sings as a duet about the girl and the decision to split up make a lot more sense if you realize he’s switching between bitterness and sarcasm. he is actually flinging these words in Leo’s face in frustration, almost as if to say, “if you’re so sad that she’s like that, go after her! if you’re so upset about her leaving – hey, guess whose fault that was? and also guess who can literally go up to her and beg her to stay right now if you can get over yourself and apologize?” when Leo pulls Ravi back from chasing her, yes, it’s probably going to end the relationship and it’s definitely going to save her sanity, but as a result the relationship is ruined and he’s left with the realization that he’s been so obsessed with the idea of beautifully letting her leave that he hasn’t actually become a better person, a person more worthy of the relationship – and that’s what killed the relationship in the end. I feel as though Ravi/Anger, in his sort of unhinged and possibly dangerously obsessive sort of way, was honestly trying to make a last ditch effort to save the relationship regardless of what happened to her personal safety; Leo/Fear, fearing failure and the loss of his pride and for her personal safety, stops him. neither of them are fully right, but neither are fully wrong. 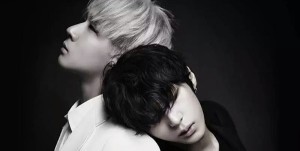 ironically enough, letting her go probably was the safest way to end this relationship, because she did not deserve to put up with his shit and he, at some level, realized this (thus the song), but at the end of the song, you’re left with the oddest feeling that he actually fucked up pretty badly, and if you realize the dissolution of the relationship was because of his refusal to stop his lies, then the ending makes sense. in this interpretation, the mv actually depicts criticism of letting someone go as some sort of tragically beautiful gesture while hiding under an lie to cover up the fact that one party in the relationship was just too scared of letting go of their pride and changing themselves to save the relationship. from there, the parts fit together, and ultimately, that’s what makes him not a beautiful liar, but a cowardly one, staring out at an empty beach and suddenly wondering if he’d gotten it all wrong.

Many thanks to all of you for continuing to read our content and participating in our discussions!