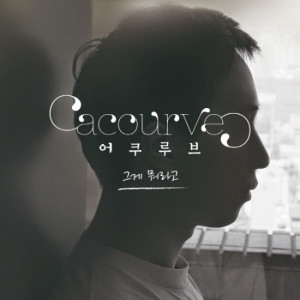 Despite the rather humid beginning phases of a plum-colored and crisp season here in my niche of the world, I’d like to extend a warm welcome back to all Indie Gem enthusiasts!

I like to envision autumn as the most romantic of seasons; the muted colors encapsulate the halting of time and give one the opportunity to see the trees convalesce and summer wrap itself once more into an age-old box of velvet. Autumn leaves behind a musky lingering that warms the heart when you prepare yourself and your knapsack for school.

Such is the reason why I chose to reveal in this segment of K-pop Indie Gem the exploits of Acourve, an R&B music producing duo who dabble in the naïveté of a flawless acoustic romance and whose music embodies the heightening of senses like fragrance and the emotional sensitivity associated with young love.

When Acourve released their OST single “Honey” for SBS’ hit drama Girl Who Can See Smells just this year, the perfect irony of their image and how beautifully they personify the intensity of the senses through their music made itself apparent in the lyrics which were written by member Godak and the way in which they are vivified by the densely aerial vocals of member Kim Jae-hee. Acourve have occupied a place within the K-indie genre that is slowly evolving to accommodate the sensorial splendour of their melody (which in part is due to their popularity on indie music charts and SNS) and further testifying to the mystique of their acoustic music.

The duo debuted in November 2013 as a project created by distinguished producer Windmill, with their single “The Things I Want to Say” featuring K-indie singer Hanol. True to the highly acoustic flavour “The Things I Want to Say” starts off with a soft guitar melody that lies beneath a glistening spread of soft vocals without dissolving to give the vocals more spotlight, rather the guitar melody is the canvas of the song while Godak’s lyrics brush strokes of Hanol’s raw and realistic vocals straight across in a solid hue and Kim Jae-hee’s raspy yet charmingly boyish vocals are stippled subtly over top and beside.

“The Things I Want to Say” retains a youthful sentimentalism with a brief sequence of spoken words in which two former lovers reunite over the phone as a result of the unexplainable bonds of nostalgia. The bridge of the song disperses throughout the song in the form of a bow-like falsetto, where the vocals meld into one another and create one unanimous harmony. 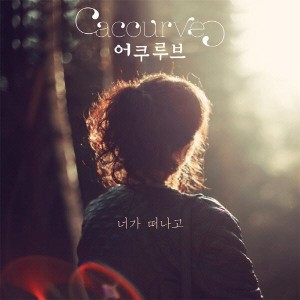 Acourve soon followed up with two simultaneous second and third singles in March and April of 2014 titled “This Is Not a Love Song” featuring Hanol and rapper Rewind and “Never Got Your One” featuring Rewind.

“This Is Not a Love Song” incorporates elements of a seemingly casual and comedic romance, opening up with a set of words spoken teasingly and Kim Jae-hee’s smooth vocals correlated with Hanol’s more quivering vocals. The guitar melody and drum set heard in the background provide a neutrality that gives the song a snazzy feel and Rewind’s masculine and commanding rap is delivered humorously and light-heartedly, tying the composition together in vivid tri-folds.

Meanwhile “Never Got Your One” owns a wholly R&B tone while maintaining the presence of the guitar melody. Kim Jae-hee’s vocals are the sweetest they have ever been, and the chorus is a fusion of layered voices that make you want to snap your fingers and tap your foot without fail. Rewind’s rapping plays a major and immediate role in the song as he conveys a compact and trimmed-in-wood stylization and vocal color that accentuates the fluidity of the complete song. The structure of “Never Got Your One” is generic but filled evenly in the right spots with an urban flair and carries its catchy chorus to the depths of the mind, forever on repeat. 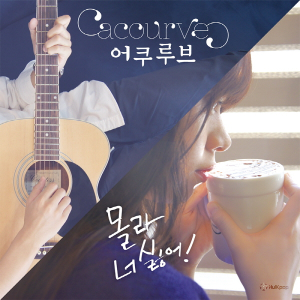 By the end of 2014 the duo were back to their studio creating more reminiscences of old with their song “I Let Her Go.” This song by far is my most favourite, it’s folkish yet R&B lilt is beautifully arranged and Kim Jae-hee’s vocals are heavenly in their symmetry. The feelings contained within the lyrics are perfectly clear and executed most admirably; the acoustic soul is surrounded by layers of whisper, slow guitar strings, and an excruciatingly stunning voice.

Prior to the release of “Honey,” Acourve graced 2015 with a melancholic and ballad-like composition titled “After You’ve Been Gone” in March and reminded me exactly why I loved K-indie so much. The bones of an acoustic melody are clothed in light electronic instrumentals and given life by Kim Jae-hee’s steadily rising melody. The background vocals in this song serve as an anchor and give “After You’ve Been Gone” an added dimension of lovability.

In taking note of Acourve’s musicality and how sensorial it is, my mind takes a synesthetic route and envisions them as a group the color of autumn with the breathiness of hidden love; vocalist Kim Jae-hee is a pleasurably versatile singer with his dynamic and flaxen voice, and composer Godak puts the real into surreal as he portrays the romanticism of Acourve in a highly earthen and relatable way, mingling together ideals and real life. When I listen to an Acourve song I look out of my window to see leaves darkening into orange and looking at me right before they fall, their music brings sense to the seasons, declares the impeccability of acoustic, and gives life to what must pass on.