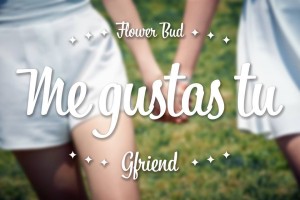 On July 23rd rookie girl group G-friend brought back the lily-white classical girl group theme cherished by K-pop fans alike and established themselves at the top of several music charts with their comeback MV “Me Gustas Tu,” the title track off of their second mini-album Flower Bud.

It was in the nascent days of this very year that the lovely ladies of G-friend debuted with their first mini-album and title track “Glass Bead,” and now a mere six months later they are re-defining summer sagaciously while battling it out with other artists and girls groups like Kisum, Goo Hara, Sonamoo, A Pink, and Girl’s Day whom are also dipping their pretty fingers into the candied and colorful concept.

Summer is a season of sweets, sentimentalism and sceneries and girl groups are very ingeniously making it their musical muse; the delicate fruits of their effort come about in impossibly ambrosial assortments of cinematography, saturation and choreography that are nearly impossible to pull your eyes away from. As the PDs of Running Man and King of Masked Singer, the remarkable popularity of “Glass Bead,” and their ascension as a new rookie group would have it, G-Friend is a force to be reckoned. They signify the flawlessness of the classical girl group as a standalone model and the wonders it does in its purest most impulsion-free form. 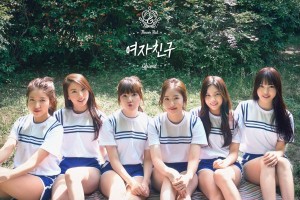 Having been unacquainted with G-Friend and their music, “Me Gustas Tu” left a deep impression on me by means of how skillfully the over-saturation of the MV avoided disaster, how the quick-paced choreography somehow magnified the femininity of the group, and how simple and spotless the lyrics of the song were. Thus, when I think of G-Friend, I think of youth and naiveté, and I close my thoughts with a harmonious applaud at the perfection of their name.

The Spanish “Me gustas tu” in other words is equal to the English “I like you” and is utilized as the chorus of the song; while G-Friend chants ‘me gustas tu’, they simultaneously overlap the Spanish version of the statement with the Korean version and tie the two together in equivalence. The lyrics speak of a youthful crush, one in which the girls of G-Friend love bravely and attempt to confess their feelings to the object of their affections. The lyrics have resolve and braveness and shun the cliché shyness and lackadaisical longing.

I don’t know our future

But I’ll be brave and confess to you

One might wonder why they chose to incorporate Spanish in the song at all inasmuch as English is the farthest foreign languages go in Korean K-pop songs, but I infer that the reason primarily harks back to G-Friend wanting to make a fresh spin on the classical girl group without taking a substantial risk. The originality of the pure theme is still there in its fullest form in “Me Gustas Tu,” but the Spanish title and chorus of the song diversifies it overall and gives it an added dimension of enjoyment and levity. It occupies the song magnanimously without taking up space and dampening the lyrics; in fact, rather than including a few unnecessary English phrases that disrupt flow and set the rest of the song on a tacky course, “Me Gustas Tu” is almost sublime in the way that the lone Spanish chorus accentuates the remaining Korean.

Meanwhile the MV for “Me Gustas Tu” opens on a very catchy and sparkling note with an elementary keyboard instrumental overlaid with a quick synth beat that then plunges into a temporary and brusque string melody. The MV is split into three sets that all heighten the feel of classic summer activities, and the girls of G-Friend look like classmates who are heading off to enjoy their holidays together. One thing that I have emphasized in the past is that balance is crucial to a good MV; “Me Gustas Tu” retains that balance and then some, even delving into the ranges of extreme simplicity that is offset by complexity in the choreography.

There is an outstanding contrariety in G-Friend’s projected image in “Me Gustas Tu” and the advanced dance skills each member has; while they look to be green girls in pretty blue dresses, they are actually very accomplished dancers capable of giving the MV a unique feel while upholding the classical girl group concept. The fast choreography is sliced by scenes where the girls lounge around and enjoy summer treats like ice cream and watermelon, playing with a sprinkler prettily yet boldly, swooning over romance and ending their fun day with the quintessence of girlhood – a sleepover. 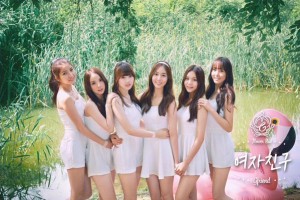 The choreography in this sense does a remarkable job of increasing the femininity of the MV in a psychologically tender way, by balancing the austerity of their apparel with the intensity of their dance moves.

Whether it is the swish of their aqua blue skirts when they fold their feet in rapid movements, the pure white outfits they don when they cross their arms and move backwards, or the rapid way in which they snap their fingers and nod their heads while wearing the crisp blue sailor outfit, the MV utilizes subjectivity and idealism to their maximum and creates an aura of both purity and passion.

Individually, Yerin leads the choreography masterfully, leader Sowon is seen at the head of the endearing summer scenes, Eunha lends “Me Gustas Tu” her delicate and soft vocals, lead vocalist Yuju is a shining star with her astonishingly powerful vibrato, “SinB (everyone’s favourite Jessica look-alike) displays equally gentle and sensitive vocals that harmonize deftly and maknae Umji’s vocals excel in their own potent register as she begins the bridge of “Me Gustas Tu.” 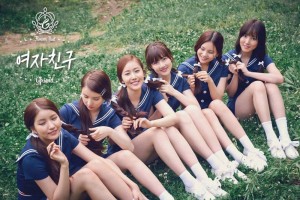 The anchor of both the song and MV lie in the segments where all members of G-Friend sing the chorus in unison, giving the overall composition a truly classical and nostalgic flair. The girls are significant and contributing members in their own right and uphold G-Friend in a way that only they are best at, thus creating for themselves a niche of excellence in the K-pop scene. They are the embodiment of the beloved pure girl theme but at the same time bring to the table a platter of advanced skills that are prominent enough to garner them a spot in the hearts of all K-pop fans.

Readers, what do you like best about G-Friend’s “Me Gustas Tu”?