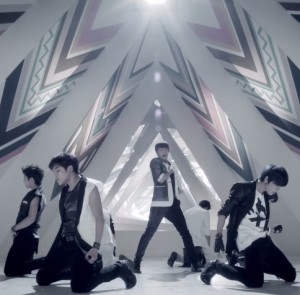 If there is one thing I’ve learned about K-pop videos, it’s that they have a flair for going overboard on the visuals. Sometimes, there’s so much that my mind can’t handle it all at once, but somehow, Infinite never managed to make me feel overwhelmed. While some could argue that their concepts are too dramatic, I feel their MVs fit the feel of their music. They are also one of the few groups that rarely fails to entertain me.

That’s what made it all the more difficult to chose simply one song from their extensive discography for this throwback. Infinite has been able to nail a number of concepts from fluff-fests like “Man in Love” to Hollywood blockbusters like “Destiny.” Still, there is one video in particular that stands out the most to me because it balanced its visuals with an intense song and smooth choreography.

Although “The Chaser” may not be everyone’s favorite Infinite song, it is one that showcased them as a rising force in K-pop. It cemented the Infinite brand as one that represents a group dedicated to details and perfection in their work.

The lyrics of the song speak of Infinite’s love for an ex who has chosen to end things for whatever reason that escapes my comprehension. No offense to the ex, but I wouldn’t leave them, and apparently, Infinite has no intention of giving up either. Their ex may not reciprocate their feelings now, but the group feels they can win her back if they pursue her long enough.

Protect her, so she won’t forget me
I will go to the end to the place where my person is 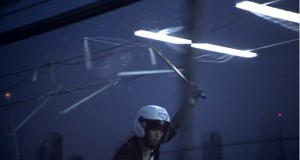 It’s a simple chorus repeated over and over, but when combined with guitars, brass, and a touch of ’80s nostalgia, it becomes a magnificent burst of joy for the ears. Sunggyu leads the vocal line solidly while L and Sungjong give decent support with their lighter tones. For anyone who thinks the rapper line is only there because they can’t sing, Hoya proves his chops when he sings his verse. Also, we can’t overlook Dongwoo‘s poetic songwriting skills here:

Forget it, I knelt down and beat my heart that paused in front of the words of separation
Go away, I drag myself, who is burnt with sadness that is like rotten firewood
Why is your cooled heart making my heart race and wander every day?

The imagery of his lyrics alone make my heart ache. Usually, idol rappers are mocked for lacking in talent, but Infinite possesses two of them who can sing, dance, rap, and write, shattering the stereotype of idol rappers being leftover members. Annoyingly, a number of rappers in idol groups only carry the title and slack in their passion for music, so having a pair of them make that extra effort to prove their worth is something to praise. 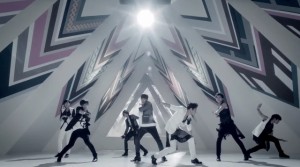 Another thing to note about “The Chaser” is how it defined the Infinite style. The current market is saturated with recycled ideas because there is barely anything left. Infinite benefited from joining the second generation of idols who were able to mold signature styles for themselves. In the video, we see the hallmarks of what makes Infinite who they are: clothes with a slightly dangerous edge to them; hairstyles that don’t look like a cow licked them; and sharp choreography that includes tight formation changes.

Of all these things, what set Infinite apart from most groups of this era was their ability to dance perfectly in sync with each other. That unity gave off a sense of brotherhood and dedication that isn’t easily replicated through years of training. Although, it’s a guarantee that they have shared a few quarrels here and there, you would never know it from how they seamlessly weave through each other’s bodies. They respect each other’s space in the routine, but also retain their group identity in their synchronized movements. No standouts, attention hogs, or favorites being played here because everyone is necessary for this dance to work properly.

Going back into the visuals of the video, it remains to be probably one of the more definitive ones to represent what K-pop is. Box sets are the norm for a lot of MVs due to limited budgets and time, yet the intricate design of the endless triangular tunnel gives off an impression of depth. It doesn’t feel like the members are trapped in a tiny room because of this optical illusion. I love that it incorporates the group’s brand by creating this sense of infinity as well. Combining the meaning of the group’s name with the design and theme of the song is a smart move for branding purposes. 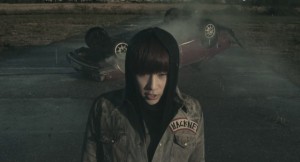 The video does suffer from the syndrome of the incomplete storyline, however, because we’re never given a proper backstory on why L was driving madly, or why Sungjong entered a hexagonal cocoon. What does the key represent, and how did Sunggyu know where to find L with this key? These questions are based on this singular video alone, which is a drawback for anyone who doesn’t know much about Infinite. Inspirits may have more insight on the storyline, but casual fans will simply be confused.

Regardless of the meaning behind these scenes, the video just looks cool, and that’s what I appreciate the most from it. Yes, it’s a superficial reason, but given the nature of this song, it actually bolsters its appeal. As I mentioned earlier, “The Chaser” isn’t what most would call a favorite, but I give kudos anytime a video is able to boost the song’s charms. Oftentimes, we’re treated to MVs that focus on the usual fail safes of close-ups for the visuals, a high note that someone clearly couldn’t hit, and a messy, convoluted concept that would even make M. Night Shyamalan ask, “Isn’t this a bit much?” Still, Infinite struck all the correct notes for “The Chaser.”

The group recently celebrated its fifth anniversary with their fans. On some level, “The Chaser” metaphorically embodies the constant chase between both Infinite and Inspirits to follow each other to the ends of the world. No matter how many years remain, I’m sure this group will continue chasing their dreams and their fans’ love for as long as they can.