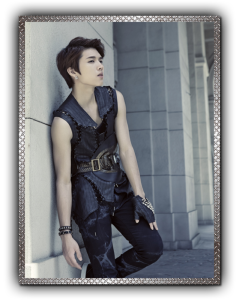 Infinite has returned to the K-pop scene with an edgy and masculine MV, which is a nice switch from the pastel, lovey-dovey atmosphere of their last single, “Man in Love.” With its electronic tone and leather-heavy fashion, “Destiny” is much closer to the feel of the group’s past release “The Chaser,” which is perfectly fine with me. Unfortunately, the MV for “Destiny” isn’t quite up to expectations, but at least the song is more than worth listening to.

There isn’t a clear story in this MV, but if we elaborate on the post-apocalyptic theme of the landscape and the lyrics, we can come to the plausible conclusion that the members represent the “main character” that is looking for his past lover. Despite having broken up, he feels that she is still his destiny. Unfortunately, the world has ended and the majority of the populace has already disappeared, making their reunion impossible. This theory seems close to what the director was going for while shooting the MV since the members spend a lot of time wandering the arid landscape looking like they lost something important.

The MV itself is pretty standard K-pop dancing and solo shots until about half way through when Sung-jong suddenly starts hallucinating. Slowly, other members also begin exhibiting strange behavior and dangerous symptoms that are undoubtedly related to the toxic, post-apocalyptic fallout. At first it seemed like Infinite was going to join the super-power fad among boy groups but when you look closer at the situations they don’t seem to have any control over these unnatural happenings. I’m not sure about you, but bursting into flame or suddenly going up in black smoke are not a super-powers I would want to have.

The only person that doesn’t seem fazed by his body’s strange behavior is Sung-yeol, which clearly indicates that he is suffering from heat-stroke induced insanity, because only a person completely out of their mind would look at their own hand suddenly bursting into flame with such an indifferent face. At least the other members of Infinite have the decency to look upset or shocked when their bodies start deteriorating. Another slightly off aspect of the MV story is that neither Dong-woo nor Sung-gyu seem to the effected by any unfortunate combustion or hallucination incidents. Good for them, I guess? 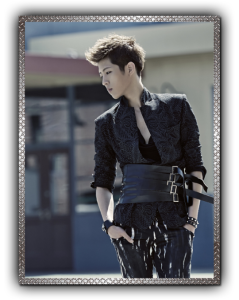 Despite the strange acting choices, the setting is perfect for the feel of the MV. The lack of people in places where usually you’d have a crowed – such as the front of a movie theater – enhances the feeling of being alone that is expressed in the song lyrics. The dance scenes in the empty desert road are particularly appealing in an arid-wasteland type of way, much more so than the dance scenes in the warehouse which look too much like every other K-pop MV ever and likewise don’t increase the alone-in-the-world feel.

The clothing is also perfect for the post-apocalyptic setting and overall feel. The outfits are made up almost entirely of muted tones and lots of black and white accented with straps and spikes and a ton of hand accessories. The heavy use of leather is reminiscent of the Mad Max films which are classics in the post-end of the world genre. Although all of the members look good in this edgy fashion, Sung-yeol shines the most because his leather belt corset shows off his long, lean figure the best. The emphasis on his waist plus the tight pants combined with the camera work makes his legs look like they go on forever. 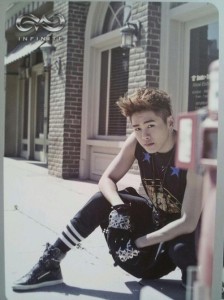 The only questionable outfits were Hoya’s skirt and legging combo, which didn’t fit the edgy feel of the rest of the outfits at all especially with the sleeveless tank, and Dong-woo’s pilot-stripper outfit with the bedazzled hat. Neither of these outfits were bad in and of themselves, they just didn’t fit as well with the theme and landscape as Woo-hyun’s sleeveless pieced-together leather top, for example, or Sung-gyu’s spiked leather chest piece.

The truly unfortunate thing about this MV is that it is actually quite boring for someone that isn’t an Infinite fan. All of the members look great and the song is appealing, but other than the random internal-combustion, nothing much happens in the video. There isn’t even a heavy focus on the dancing, which tends to be Infinite’s strong point, because too much time is spent on solo shots of the members looking like they are about to die of heat stroke. While there isn’t anything particularly terrible about this MV there isn’t anything particularly wonderful either. In the end, the song shines more than the MV. Overall rating: 3/5

What did you think of “Destiny,” readers? Did it live up to your expectations?