From the Underground to the Mainstream -- "I gotta smile ... cuz I'm an idol" 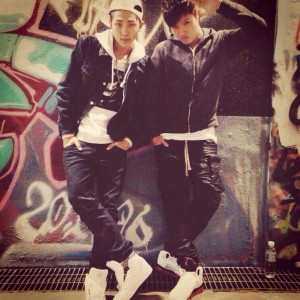 Even without a deep understanding of hip hop, it’s easy to see that authenticity makes for an important part of it. Rappers may talk about a variety of subjects in their songs but their younger years and the obstacles they’ve had to overcome are often an important theme.

It will likely hurt a rapper’s credibility if it’s discovered that they’ve lied about their personal history, or if people come to think that they’ve strayed too far away from the elusive definition of what ‘being hip hop’ really means.

The second criticism is one that’s often directed at idol rappers, especially those who’ve had their origins in the underground hip hop scene. These idols face the usual allegations of ‘selling out’, and these words are often paired with aggressive (and often homophobic) comments about their clothing and make-up, as well as their behavior towards the public and their fans.

One of the most infamous examples of this, bringing the conflict between idol and underground rappers to the forefront of fans’ attentions, is an interview with BTS‘ Rap Monster and Suga, B-Free, and a handful of other rappers.

The aforementioned criticism can have a lasting effect on idol rappers, and the active ones in the current industry can attest to that. Rap Monster was inspired to write his song “Too Much“, and he was invited to the documentary-style 4 Things Show because of it. In that episode, he performed the song “Unpack Your Bags“, which tells of his difficulties in coming to terms with his double existence as a rapper and an idol.

Further still, both Suga and Rap Monster have talked in many BTS songs, as well as their first year anniversary cover “4 More“, about the regrets they’ve had regarding their decisions to join a major agency.

Another underground rapper-turned-idol rapper, who quite recently showed signs of the grappling reconciliations between his credibility and aspirations as a rapper, and his current identity as an idol, is B.A.P‘s Bang Yong-guk. A while ago, he tweeted:

“Rather than spending my time having fun, I should write another song. Not what everyone else likes, but mine … I’m sick of all the meaningless ‘ddan dda la dda dda da’ raps.” 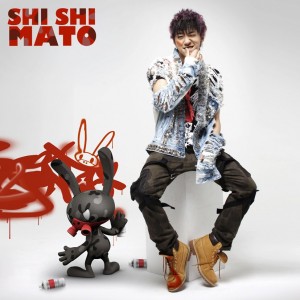 For a time, it seemed as if these rappers — but especially Suga, Rap Monster, and B-Free, in the case of this article — had resigned themselves to self-loathing, disappointment, and partial feelings of guilt towards the underground community they had come from.

An idol rapper who seems to have maintained his connection to the underground; maybe even because he does not want to let criticism affect him the same way, is Block B‘s Zico. Though far and wide considered to be one of the best idol rappers, he too has been attacked by underground rappers — in his case, they even dedicated diss tracks to him (e.g. ApheLiA‘s “Zicontrol“).

What’s admirable about Zico is that he projects such confidence that criticisms concerning him being an idol don’t seem to hurt him much. In “Tough Cookie“, the song that he performed on his episode of the 4 Things Show, he admits to being an idol and talks about leading the Korean Wave. Yet again, one has to admit that he isn’t completely comfortable with the idol rapper label either:

“I’m the top of idol rappers …
My competition is elsewhere, nothing in the broadcast networks”

These lines indicate that Zico also thinks true hip hop cannot be found among idols/mainstream artists but only in the underground. These are the rivals he wants to compete with. 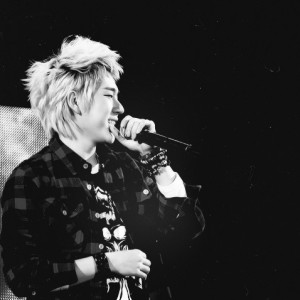 In the end, talking about the objections they face from the underground is a way for idol rappers to remain authentic. It gives them an opportunity to talk about their emotional struggles, and it allows them to draw connections between their earlier selves and their current lives.

On the other hand, it may be harmful to their credibility in front of their audience. After all, these idol rappers have made conscious decisions to join big companies, as well as idol groups, in which they’ve had to make compromises. They earn good money, have a huge amount of fans, and in the aforementioned examples are mostly able to write their own material. Why the need to constantly justify themselves?

While their inner conflict is understandable, at times I wish Rap Monster and Co. would just own their decisions and be confident about becoming idols. Feeling like they owe something to the underground, as if underground material is inherently better, won’t advance their creative development — it can only hold them back.