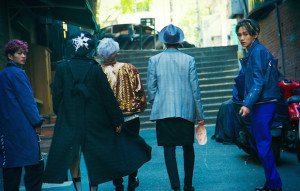 This week, in idols and music, we covered BoA‘s Kiss My Lips, Shinee‘s “View” and Odd, Girl’s Day‘s colorful “Hello Bubble” and Sunggyu‘s “Kontrol.” We also had the opportunity to sit down with Patients for an interview and release our dance-themed mixtape.

In fashion and TV topics, we took a look at the best of last week’s music show performances, Unkind Ladies, the first two episodes of Warm and Cozy and bright-colored photoshoots.

In socio-cultural news, we covered the similarities between K-pop and the ever-popular Eurovision Song Contest and Unpretty Rapstar and jumping to conclusions based on rumors.

We also covered last week‘s and the week before‘s news in our Week in Review segment.

I’ve chosen a few of your comments this week and accidentally made this the Shinee edition:

poppysky on Shinee Makes the Most of a Kidnapping in “View” 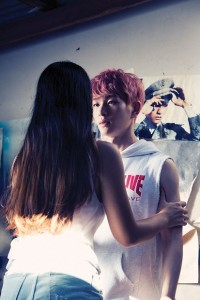 It’s quite ironic that the video, which explores on the theme of freedom, was conceptualized by the very entertainment company that is blatant in its prisoner-like treatment of idols *ahem, PR strategy, ahem*, although the whole laid back feel is a great attempt at making SHINee seem more accessible (kidnapping being a means to that access) AND letting fans believe that their beloved idols would abandon their schedules to take refuge in their company.

There are great things about the MV , mainly – SHINee being let out of the box sets and the employment of Asian models (one step in the proverbial journey to seeing cultural diversity and an end to discrimination based on skin colour in such videos?)

Their being allowed to roam the streets with siren-like women could be an indication of maturity which will probably strike a right chord with the noona fans while simultaneously reassuring them that they still have a chance (because, no, nothing could’ve happened after that split-second shot of Onew turning away from that woman) and that looks and kidnapping skills are not enough to seduce your bias.

The ending is quite interesting though, since the police sirens in the background are an indication of the short period of freedom coming to an end; even idols cannot escape the fate written in their contracts. It’s a wake up call from the dreamy summer and the question that personally interests me: what happens to the women after the police arrive?

The summer vibe of the video fits the song perfectly and honestly, the entire album is just amazing, it’s such a variety of sounds and SHINee’s vocals own them all!

tiffanycake on Shinee Makes the Most of a Kidnapping in “View” 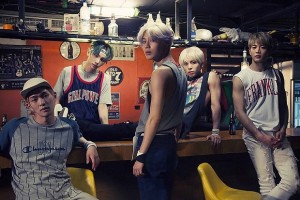 Personally, I found this MV to be incredibly provocative. In the sense that so much can be dissected out of it. I know fangirls tend to make wild assumptions about every single detail in the MV having a deep meaning, but I genuinely see where a lot of the assumptions are coming from this time around.

My favourite interpretation so far is that the girls represent SHINee world and all the seductions, rejections, and fake-kidnapping-turned-free-SHINee represent the band’s relationship with their fans. I also really like the idea of the girls representing freedom and how there are both positive aspects (having fun, partying, etc.) and negative aspects (conflicts, fights, injuries, unwanted seductions etc.) that come with it.

There are so many details that were put into this MV and I honestly think a deeper review could’ve been done. Because things were just always happening, a lot of the little details could be easily skimmed over as a casual viewer. However after watching the video for the nth time, I find that I keep finding more and more details that reveal the intricate plot I really do think SM (or whoever produced it) was trying to do with this video.

And I promise this is not cause i’m just a crazy fan that is praising every little thing my oppars touch. Usually all the symbolism and clutter in Kpop videos (including some of SHINee’s) go right over my head and i ignored it in favour for the dance scenes; but not this time around.

And as a side note, I loved how you describe this comeback. Usually SHINee come back with a big bang, no expenses spared not the glitter and confetti, but this time they just come strolling in like a boss in summer shorts. Kind of underwhelming until you realize how obsessed you’ve become. 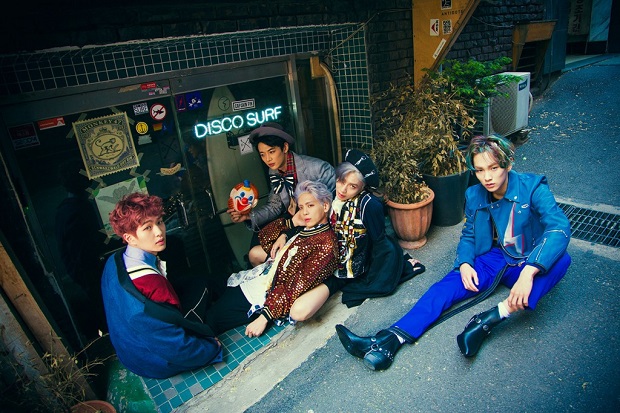 My point of view on this album is that it’s a treat, a gift to their older fans. They’ve literally announced that love sick is a sequel to replay (the choreography gave me so much pleasure). Trigger and alive remind me of forever or never, Farwell to my love makes me think of last gift. Even view reminds me of LLO! Everything sounds so similar but you can tell that they’ve grown so much. This album has been like a “now and than” thing to me, but one thing that never changes about shinee is that they all have such different voices that work together so well.

And this is coming from someone who was so disappointed when she first heard the whole album but it grew on me. It grew on me so much that I have it on repeat since the mv came out.

Thank for you bearing with us through our technical difficulties. Please don’t hesitate to let us know if you have any issues with the site! And thank you for continuing to be great readers!

(Images via CéCi and SM Entertainment)