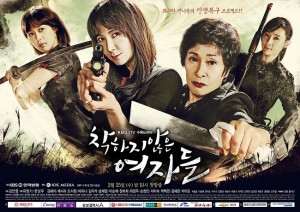 Last week, KBS drama Unkind Ladies wrapped up the series with its 24th episode. The drama proved to be quite popular in its Wednesday and Thursday time slot, and it certainly provided a lot of drama and comedy for its audience.

At the core of the show, three generations of females in one family have to deal with the reverberating consequences of a couple of major events. Centered around the following four women: Kang Soon-ok (Kim Hye-ja), Kim Hyun-seok (Chae Si-ra), Kim Hyun-jeong (Do Ji-won), and Jung Ma-ri (Lee Ha-na), Unkind Ladies explores the dynamics of class, family hierarchies, and the sociological effects of media.

Almost everything and everyone can be linked together in this drama. Perhaps the incident with the greatest chain of impact occurs about 30 years ago. Kang Soon-ok’s husband goes missing and is presumed dead after his belongings are found in the wreckage of a bar fire. His ‘death’ has a resounding and residual effect on the family — being the marker for unfortunate events that plague Kim Hyun-seok.

After her father’s death, Kim Hyun-seok gets expelled from school. She has a teacher whose beliefs are to cut off “rotten branches” and unfortunately this comes at the expense of Hyun-seok who, to the present day, holds a deep seated grudge against her teacher, Na Mal-Nyeon also known as Na Hyun Ae (Seo Yi-seok).

Hyun-seok’s sister Kim Hyun-jeong also has scars from their father’s absence. She feels the need take responsibility after her father’s passing and becomes an anchorwoman, someone considered esteemed. Her main issue is that she never gives herself an opportunity to find love because she has these deep seated issues at home.

At the same time, Jang Ma-ri, Hyun Seok’s daughter, ends up getting fired from her job as a professor after a media segment goes wrong. She gets support from the producer of the segment who got her fired, Lee Doo-jin (Kim ji-seok) and finds comfort from the kendo master at the studio she works out at, Lee Roo-oh (Song Jae-rim). Of course, a love triangle forms and this becomes a weak point for the series as it became a derivative plot device to create unnecessary drama. 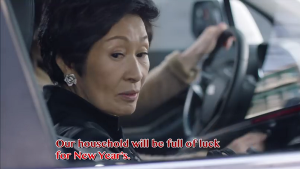 With that said, the strength of Unkind Ladies is definitely in the acting and writing. The ensemble cast all find ways to flesh out their characters. Each person has a distinct personality, and they often played off each other quite well.

Take the character Jang Mo-ran (Jang Mi-hee), for instance. At the beginning, she is the wealthy ex-girlfriend/mistress of the very married husband of Kang Soon-ok. The anticipated meeting between the two is met with a swift kick to Mo-ran’s chest from Kang Soon-ok, but after a healing stay (Jang Mo-ran had this mysterious illness) filled with a lot of witty back and forth insulting niceties, Mo-ran and Soon-ok form a friendship. That friendship was actually really nice to see and was something that came to give renewed energy for the last half of the series.

The writing should be heralded because it built out these complex relationships and philosophies. While Na Mal-nyeon is the main antagonist for the series, it is intriguing to see how Kim Hyun-seok at times mirrors her teacher when it comes to the type of standard she expects her daughter, Ma-ri, to live up to.

Overall, Hyun-seok’s journey is the most triumphant. She is extremely headstrong and with good support from her best friend and family, mounts a fight back. Her battles are intriguing to take in because the media’s power on how her old teacher, school and public view certain actions has resounding effects on her life. Perception and an ability to understand customs often made her overcoming challenges captivating to watch. 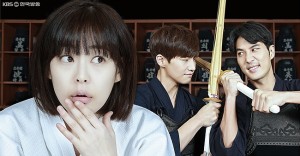 Hyun-seok eventually does gets her expulsion rescinded, sort of receives an apology from her old teacher and becomes a mentor to students in bad situations. It’s the sort of story that has you cheering for her to succeed because she is the ultimate underdog. Her situation was grim, but she was able to turn it around.

My main gripes with the drama has to do with how Jang Ma-ri’s arc is handled. Her development isn’t as visible and her conclusion is unsatisfactory (especially if you were expecting her to choose either one of her love interests).

That wouldn’t be entirely to blame on the writers if it were not for the fact that her scenes almost always involve one of the two male interests. There are moments where we see her defend her mom by using her wit against the guile of Na Mal-nyeon. However, those were few and far in between. Instead her main struggle becomes the rejection of her romance with Lee Roo-oh by both his family and hers. Since her other hurdles in the drama are successfully navigated early on, such as finding a job that suits her educational background, her open-ended resolution feels more like a cop-out than an artistic choice on the directing.

I don’t think I can fully do the drama justice in this overview because of the breadth of the story and multitude of intriguing characters. At times, the drama seems sensationalized because of how interconnected every character introduced is, but it does create an intricate web of relations. There’s only 24 episodes, but there could have easily been more — that’s how strongly written each character was. And there are always four or five different stories going on simultaneously. Unkind Ladies would get a recommendation from me if you enjoy family dramas with an air of mystery. The excellent writing and intricate family story makes this drama an intriguing and worthwhile watch.