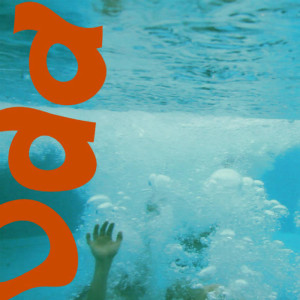 “You were something different,” sings maknae Taemin in the first line of the opening track of Shinee‘s latest release Odd, and the quintet’s fourth full-length album is certainly different but not because it’s something new. Rather, it is something we’ve long awaited.

While their home company SM Entertainment has a penchant for providing disappointing music for the majority of their artists, Shinee has somehow managed to escape unscathed with a collection of (mostly) great tracks, singles and B-sides alike. From debut, Shinee has had a strong R&B slant — nowhere more obvious than their first single “Replay” and, most recently, their should-have-been-the-promo track “Symptoms” off their last EP Everybody — but that sound has frequently been kept on the backburner in favor of electro-filtered pop, particularly when it comes to their singles but even trickling into their B-sides. It is taking that in mind that I say that Shinee has taken a step into maturity with this musical effort.

The album opens with an entrancing strings introduction, the cello in particular standing out, as “Odd Eye” begins and soon changes into a smooth, soulful track. With a drum track and a few synthesizer effects taking the backseat, the vocal focus is undoubtedly the strength of the song. Taemin is delicate, Minho suave, and Jonghyun, who also composed and arranged it, utterly chills-inducing, but what works best is how the vocals are arranged: the pre-chorus of duos going into the bare rotating solo chorus is perfectly balanced. Building to the end with the overlap of voices, the track only disappoints ever so slightly with a bit of an abrupt ending, but everything else more than makes up for this little bump in what is such a smooth song and perfect reflection of this entire album.

Pulsing “Love Sick” follows and goes into a typical Shinee B-side sound. A slick head-bobber of a track, the song deftly walks the line of EDM and pop-R&B, thanks heavily to a vocal arrangement reminiscent of the early ’00s in K-pop that works so well for Shinee. The five of them have all come into their own with their voices, and this track capitalizes on that. Of course, one can’t skirt past this track’s lyrical content. On the surface, they sing about love and romance, making the sexual subtext quite appropriate. The chorus’s ending (“Or spill it on my lips/That sweet syrup called you”) has a nice double entendre that’s quite obvious, but my favorite is the pre-chorus line “I drink you in, feel you/But whatever I do, I’m still thirsty.” Drink that one in (pun fully intended). 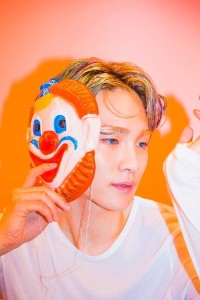 Next is the pleasant surprise that is promotional single “View.” As far as singles go, we’ve had showtune Shinee, electronic Shinee, pop-rock Shinee and more, but the one thing they’ve almost always had in common is overproduction. “View” changes that. As Gaya pointed out, the vocals are more subdued, and it works so well. And the chill house beat is exactly right — this is the EDM I’ve always wanted but never thought I’d get from Shinee: melody driven dance music with sleek production. This is a song for late nights, for summer trips, for making fun memories. The track was penned by Jonghyun, making its lyrical imagery a fitting addition to his exceedingly perfect repertoire.

On the heels of that sleek production is the undoubtedly fun “Romance.” Bringing in a wide variety of sounds, this track is all about the music. From a light disco-tinged beat to plenty of funky bass, slides included, every instrument works with every other, and they never overpower the vocals but rather suit them wonderfully — I’m particularly fond of the organ that briefly punctuates the hook. These details come together in a song that is essentially Shinee hitting on a girl because they’re destined to be together. But the lyrics are inconsequential thanks to the stellar vocals and instrumentation.

Moving thematically into breakups and heartbreak, “Trigger” also makes a jump with its heavier production and sound. A little all over the place, the track has a lot going on with the music changing with each verse. There’s a harp, random strings, a drum machine and no shortage of beats and synth so it’d be easy to write “Trigger” off as messy and call it a day. But it’s a messy that works, which is the important part, and it’s all because of the vocals. Onew acts as an anchor, and Jonghyun adds color. And Minho’s interjections may make me laugh, but they suit each moment. But it’s Key and his fittingly nasal “Pull the trigger” that makes this song such an earworm, despite its seeming messiness.

“Farewell My Love” continues the same talk of breakups. This track is either a ballad pretending to be a dance track or a dance track pretending to be a ballad — it’s hard to tell with the vocals and music working in such an oddly successful combination. The song is solid, though a little overprocessed and I’m not too keen on the plain drum machine that leads into the chorus, and it works incredibly well but is not particularly notable against the other tracks. 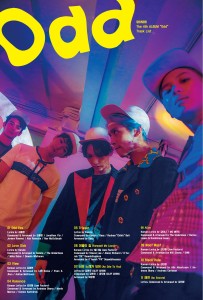 “An Ode to You,” too, may not have anything particularly new and interesting, but it has that OST quality with its expressive violin and soft piano, which is enough to make it stand out from the other tracks. Perhaps what makes it so nice is that it retains a subtlety for quite some time. Despite its OST-like sound, there isn’t much in terms of power vocals and belting, instead favoring soft verses and sweet falsettos and later bringing in a sunny guitar and bass combo to brighten the song, especially the great hook in which Key and Taemin work together beautifully, despite its rather sad theme.

Making a switch back to lighter fare subject-wise, “Alive” is an echo of “Trigger” musically but tighter and cleaner. Getting straight into dance pop, this track is also the only one with a true rap break, and I will gladly admit that I am happy to say that Minho and Key sound great here. Making fun of Minho may be easy, but he’s also come a long way from the days of “dibidibidis” and now actually fits the music rather than forces his way in. It’s a pleasant surprise that’s definitely been a long time coming.

Shinee takes on swing in “Woof Woof,” complete with brass, clapping, a spinning beat, choral vocals and even an audience cheering at the start. Calling themselves dogs in chasing girls, they use a number of details to go with this musical style — from the whistling to the changing pace to the many ad-libs. While I’m not sure about their success with the genre, I just can’t peg them for it, even if it doesn’t completely fit the album’s vocal focused style, because they have a lot of fun with it.

“Black Hole” comes next with a great retro melody and beat, and it’s one of those B-sides that’s tucked into the album so well after many other tracks that may escape notice. But it deserves far more than that. From beginning to end, this track is slick, using all details of vocals, music and arrangement to make an instantly catchy track. What’s most fascinating about this song is how everyone’s voices fit this style well. I’m especially in love with Key, whose voice is often so unusual that it seems thrown in without regard to how it works with each song, but not here. Here it fits seamlessly with every other member vocally. 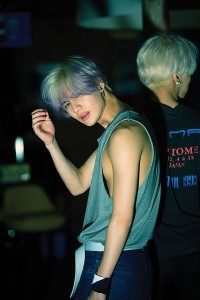 The album makes a logical conclusion with a bittersweet ballad, my favorite off the album. “Farewell My Love” is in between dance and ballad, “An Ode to You” is more OST-styled, but “An Encore” has such a distinctly Shinee sound vocally. It’s a simple song musically, which is what makes its strong vocals not only work so well but also stand out. Shinee has always had vocals that are on point, but this song drives the point home: Shinee has grown into their voices. They have such different timbres, and they’ve always used them well in making their music interesting but never quite so beautiful.

Shinee has always been a group of five singers with rather distinct personalities and voices, and that’s what I loved about them. With this album, they’ve proven that they are also five distinct singers who know how to come together. And that’s what this whole album is about: There are no unsightly raps, no overbearing ad-libs, nothing too much. Nothing draws away from the vocals that they’ve now honed to work together in a way that’s distinctly Shinee, and that’s something to be proud of.

This is more than being able to hit high notes, belt with power or have an incredible range. This is about how they work together, and I have to say that Shinee has proven with Odd that they are more than overprocessed pop music. They have the vocal staying power to keep going as long as they want to, and their music has matured with them. Nearly every track addresses love, sex and relationships in a nuanced way lyrically, musically and vocally.

The only thing I can’t stand about this album — and I absolutely can’t stand it — is that this is what I will be expecting from Shinee from now on, and SM had better deliver the goods because this, this album, this stuff is amazing. Shinee deserves it and more.

What do you think, readers? Did you love this album as much as I did?