Lu Han Confirmed For Hollywood Debut in "The Great Wall" 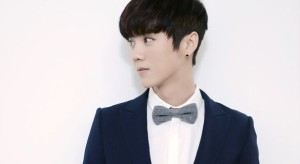 Lu Han can add “Hollywood Actor” to his official resume now. The former Exo member will be playing a supporting role in the Hollywood film The Great Wall, a fantasy-epic set in 15th century China where the mythical creatures threaten humanity’s existence. Although there is no word yet on Lu Han’s role, this is yet another big break for the 24-year-old, who just last year made his movie debut in Back to 20s, a Chinese-produced film based on the Korean original Miss Granny.

Legendary Pictures has released the full cast, revealing that Lu Han will be working with some of the American entertainment industry’s biggest names. Matt Damon, who most recently starred in international blockbuster Interstellar, has been cast for the lead role, while Pedro Pascual of Game of Thrones is also set to star in the film. Willem Dafoe from The Fault in Our Stars and The Grand Budapest Hotel will also play a role in the film, while Max Brooks (World War Z) is on board for the screenplay.

These Hollywood actors will also be joined by a wide host of Chinese actors, from the seasoned Andy Lau to Wang Junkai of Chinese boy group TFBoys, who is making his acting debut. In fact, the film will be shot and produced entirely in China and aims to be the largest film ever shot completely in the country. 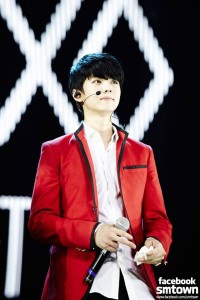 The film’s director Zhang Yimou is well established in the film industry, directing Jet Li in Academy Award nominated Hero and other films. The strong presence of Chinese staff on the film team, both on and off set, seems to be a direct result of Legendary Pictures’ joint venture film company Legendary East, based in Hong Kong.

This collaboration allows Hollywood to access the vast and lucrative Chinese market (the second largest in the world for global consumption) and provides Chinese companies opportunities to get their foot in the door in the prestigious and far-reaching Hollywood industry. This kind of partnership with a major Hollywood film company seems to be absent from South Korea’s burgeoning film industry. This sort of opportunity is now an option for the former Exo member, who seems to be finding doors opening for him left and right following his lawsuit against his former agency SM Entertainment.

The Great Wall is due to begin production in late March of this year and is set for release in 2016.