5 Subunits That Need to Happen 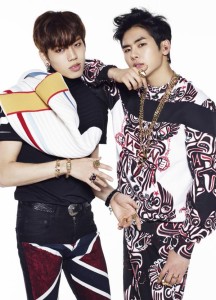 Idol groups are carefully crafted in order to ensure that they are as marketable and well-rounded as possible. Each group tries its best to meet the requirements of stellar dancing, powerful vocals, appealing rapping and stunning visuals. In each group, there are always a handful of members who seem to bounce off each other’s creativity particularly well, often coming together in a subunit.

2015 so far seems like it’s the year for solo debuts, but along with this, it would also be incredible to see more subunits. Subunits are on everyone’s minds, with the recent release of Infinite H still fresh and the upcoming comebacks of Super Junior-K.R.Y and Donghae and Eunhyuk getting fans excited about seeing a new side to their favourite idols. New music from subunits demonstrate how fun and different subunits can be for the fans and how it lets different members showcase their unique abilities. Subunits allow idols to take their artistry in a different direction than what they normally do and explore new ideas. Additionally, members who are pigeonholed into certain categories, such as only being good at being a visual, can show that they’re more than just a pretty face. So what idols are best suited to smashing it in a subunit this year? 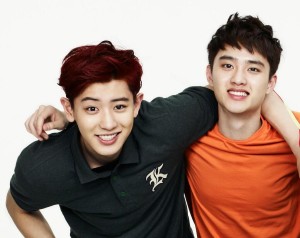 Within the Exo fandom, these two are known for their push-and-pull, Tom and Jerry-esque relationship. When they aren’t bothering and beating each other up, however, Chanyeol and D.O have a certain chemistry and musical compatibility that is absolutely stunning. They’re capable of creating smooth songs that combine both R&B and the stripped back honesty of acoustic music. Both have deep, rich voices, D.O with the technically stronger voice and Chanyeol complimenting it perfectly with his harmonisation and ability to hold his own for a verse or two. His guitar playing, songwriting, rapping and beatboxing (the latter of which D.O. is also skilled at) just gives more merit to their potential to really shine as a duo. The compatibility of their voices is undeniable in Exo’s performance of “Sabor a Mi” at Music Bank Mexico, where, arguably, D.O and Chanyeol stole the spotlight.

The pair has collaborated to perform short, acoustic performances for radio shows in the past, and what they produce together in this informal format is an indication of just how stunning they can be as an official subunit. Also, their height difference would be endlessly amusing in photoshoots.

Mamamoo has steadily been carving out a name for themselves in the industry, and although it is probably too early for them to think about subunits at this stage, these talented ladies certainly have the potential. Moonbyul has stated that if she could form a subunit with any other member, it would be Wheein, since they both have a similar love of hip-hop and dance.

These two together would be a powerhouse, with Moonbyul’s rapping, Wheein’s killer vocals and the pair’s intense dancing combining to make them a force to be reckoned with. Like Chanyeol, Moonbyul’s lower register is perfect for harmonising, bringing some light and shade to the group. The below two videos demonstrate Moonbyul’s freestyling and Wheein’s choreographed routine and live vocals, respectively.

B.A.P is known for turning the usual K-pop formula on its head, with raps generally taking centre-stage in their songs rather than being added as a tacky after-thought. Although we all love the powerful raps that dominate their songs, there is clearly a lot more going on in B.A.P than just that. The two lead vocalists, Youngjae and Daehyun, have proven that they have killer vocal chords but haven’t had the forum to truly showcase that. Their special stage on Show Champion last year shows just what they can do in a toned-down setting, with Himchan’s piano playing providing a much-needed accompaniment.

Of course, a subunit is not on the cards at the moment, seeing as B.A.P is on hiatus while in a bitter lawsuit with their company. When they do get back on their feet, however, we can hope for a range of songs that allows every member to excel, including a potential subgroup for the more ballad-inclined members. 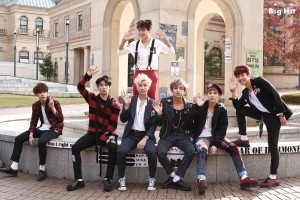 BTS already has a fairly distinct rapping subunit made up of Rap Monster, Suga and J-Hope, although this has never been officially stated or promoted. Official releases and promotions from this dynamic trio would help to further cement their image as more than just pretty idol rappers, as evidenced by their cyphers.

Beyond BTS’s ferocious rapping, the dance masters of the group have also started making a name for themselves on stage. The group’s two lead dancers, Jimin and J-Hope, blew audiences away at their range of special stages during last year’s Gayo Daejun performances. Maknae Jungkook is another possible addition to the dance subunit, with these three having the potential to be mind-blowing if they promoted songs that were heavily dance-focused, but also used their individual vocal and rapping abilities.

Sistar has already experimented with the idea of subgroups, with Sistar19, made up of Bora and Hyorin, meeting great success a few years ago. Sistar, however, has the potential to do more than their usual perky and fun-filled songs. Power vocalists Hyorin and Soyou are made for heart-wrenching ballads, and their lovable personalities would mean that marketing the subunit through variety show appearances would be a breeze.

Of course, these are but a few of the many subgroups that could come out of the K-pop industry. Who do you think should temporarily branch off and work in a subunit? Comment below!