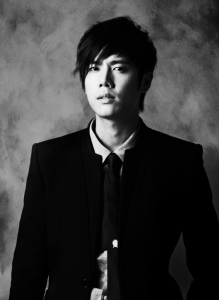 After two years and nine months, Kim Kyu-jong will finally be making a solo comeback this year! His agency, B2M Entertainment, announced on February 17 that he will be releasing an album in April.

His agency added, “Kim Kyu-jong is focusing on the preparations for his new album. Since this year will be his 10th anniversary [Kim Kyu-jong debuted with SS501 in 2005], he is planning various projects for the fans along with the release of the album.” The album will be simultaneously released in South Korea and Japan.

Kim Kyu-jong’s last mini-album, Meet Me Again, was released in 2012 before he went to complete his mandatory military service. The limited edition album was a dedication to his fans before he left. His debut solo mini album, Turn Me On, was released in 2011 and featured the title track “Yesterday.” Before entering the military, Kim Kyu-jong also became more involved with acting in the theater and on television, including appearing in Goong: Musical.

Good luck to Kim Kyu-Jong and his next solo venture! Anyone else excited?