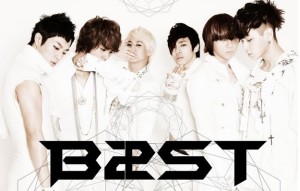 The 29th annual Golden Disk Awards have just kicked off in Beijing, promising to be a thrilling event. The night has seen some drama already, with some idols not being able to attend tonight’s event due to visa problems, such as Got7‘s Bambam and Yugyeom. Additionally, all of Beast and BTS‘ Jungkook will be unable to perform due to their visa issues, despite being allowed to attend the event itself.

The special performances at award shows are nearly always the highlight, and hopefully tonight will be no exception. Rumour has it that the performers will include Ailee, Taeyang, 4Minute, A Pink, Winner, Sistar, Got7, Girl’s Day, AOA, Epik High, Tasty, and K.Will.

Competition looks set to be tough, with the likes of 2NE1, Exo, WINNER and Taeyang battling for the coveted Golden Disk Album Daesang. The nominees for the Golden Disk Digital Album Daesang include smash hits such as HyunA‘s “Red,” SNSD’s “Mr Mr” and Epik High‘s “Happen Ending.”

Despite the fact that several idols will be missing tonight due to visa issues, the first night of the GDAs may still looks set to be an entertaining event. Join us in the comments below as the night unfolds!