Under the Dazzling "Hollywood Sky" 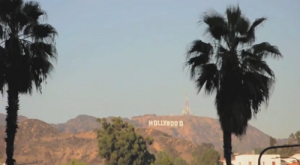 There could be something said about the parallels of old Hollywood with the K-pop industry of today. In “Hollywood Sky,” Jihoon Yang, Heather Dasom Kyung and Lanino J come together to sing of the everyday lives of the people struggling to make it through on the streets of Hollywood. It is not the glamorous romanticized fantasy, but an intimate glance at a dreamer’s hopeful reality.

All of these artists are former students of the Musicians Institute in Hollywood, and the collaboration is a part of the Dream Sequence album. Jihoon, once a member of a successful acapella group ‘in-gong-we-sung’ now under the moniker JihoonOwl, reveals his passion for music and hopes to inspire others to pursue their dreams with this song during the third phase of his project (hence Project III).

Humor me here a bit in my small comparison of the old Hollywood system to the newer K-pop one. While many tourists flock to Hollywood to see some of the iconic landmarks like the Chinese Theatre or the Hollywood Walk of Fame, the saying of breaking it in Hollywood is more metaphorical as Hollywood is a reverberating symbol of its time. The titans of the cinematic universe like MGM, Paramount, 20th Century Fox and Warner Brothers held great power and influence in making or breaking its stars and can be likened to the big three in the K-pop world consisting of SM, YG and JYP. The system creates these idols that become revered and lauded in their own right – who break out on the merit of the charms. Perhaps the most remarkable aspect of both systems is the high production values in the works. More than anything, Hollywood’s studios in California were home to some of the most major productions of the times. K-pop’s focus on quality productions coupled with the quantity of debuts and groups looking to make it in today’s times speaks to how well the industry has been able to utilize its resources to produce these works. 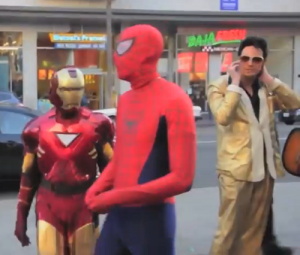 “Hollywood Sky” is a soulful little ditty about the experiences of these singers while they are in Hollywood. The video, recorded in 2013 as prefaced by the subtitle, follows how a day in Hollywood may bring great inspiration to their dreams. Looking out among the flurry of unknown faces that come from tourists drawn to different attractions, these singers speak of being in full pursuit of their own personal dreams.

So, back to the parallels with the K-pop music system — Hollywood still represents that idealism of reaching stardom. JihoonOwl also mentions how people get dressed up in these costumes to “sell fantasies to keep the dream alive.” The K-pop realm and the concepts that permeate the industry often partake in this costumed fantasy. To become successful and capture the interests of the masses, the K-pop world at times relies on the gimmicky wardrobe or storylines, but ultimately these lavish facades are created in hopes of fueling the engine towards reaching the dream. This isn’t exclusive to the K-pop industry by any means, but it is another element which permeates through the journey of many entertainment aspirants.

These comparisons are mostly macro in nature, but so is the subject matter and influence of the Hollywood media cinematic industry as it stands today. JihoonOwl is a talented fellow that writes from what he knows. The MV is rather simple, but it feels more personal this way. The camera work appears to be in the style of many a GoPro video that candidly records the sights and proceedings of the day. It is charming as the camera navigates shaky terrain at mid height. The first person point of view captures the people who are unaware of the camera and splices the lyrics of hopeful dreaming. As a great reminder of the narrative of dreams and once a location with global sensationalism, “Hollywood Sky” shines brightly.