Mad Clown Turns Up The Heat With "Fire" 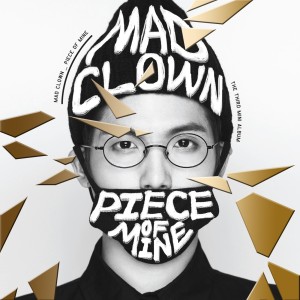 K-hip hop fans rejoice! On January 9, Mad Clown dropped the music video for the lead single “Fire” off of his much anticipated third mini album Piece of Mine.

Before we get into a look at the masterpiece that is this song, it’s necessary to mention that the song is currently burning up the charts, hitting the number one spot on ten online real-time music charts soon after release, including Melon, Genie, Mnet, Naver, and Daum to achieve the ultimate all-kill status.

Now that boys and girls, is how it’s done.

Featuring the soulfully sexy vocals of Jinsil from Mad Soul Child, (notable credits include MC Mong “Miss Me Or Diss Me“) it’s pretty hard not to be immediately intrigued by the song. Her unique voice has this incredibly striking quality that is able to deliver the lyrics in an effortlessly sultry manner, completely just breathing life into the song, and almost stealing away most of the thunder. Accompanied with the big band instrumentals, and we’re immediately transported to a jazz/swing club in 1940’s America. 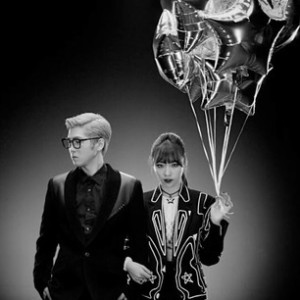 What’s also interesting here is how well Mad Clown’s high toned, super sharp, bullet speed style of rap meshes together so well with Jamsil’s vocals and the retro feel of the song. The mixture sounds like it shouldn’t work, but after hearing the brilliantly polished final product, it’s clear that this is a match made in heaven, erasing any feelings of doubt that listeners may have had to begin with.

The lyrics themselves represent an ongoing battle between a couple, who having of the most tumultuous relationships known to man, it’s quite worrying that they haven’t sought counselling as of yet. The verses go back and forth between male and female, where the female sadistically taunts the male for so easily getting him to fall head over heels for her and then proceeding to laugh at his helplessness around her whilst she does as she pleases.

Who hurts more? Who loves more?

Watching you gone crazy over me

He responds in an almost destitute manner, describing the emotionally aggressive relationship between the two and his desire to push her away but being unable to, as they are way too far in to be able to get out. This chaotic love-hate dynamic between them is illustrated very well onto the screen along with the help of the super trendy Hani from EXID, who recently shot to fame after a fancam of her dancing to their latest song, “Up and Down“, went viral.

The pair are able to bring their characters to life, using monochrome as the pushing point to reminisce the classic jazzy sound that gives inspiration to the song as well as giving their turbulent actions against each other an almost hauntingly elegant twist. 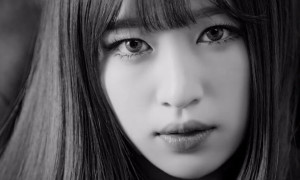 Hani in particular is exquisite at portraying the sadistic nature of her character. With the face of a seemingly innocent girl with doll-like features, she looks like any other angel who can do no wrong. But as she begins to mouth along to the lyrics, a smirk appears on her face, giving us a glimpse into her evil side, and letting us know she is not to be messed with.

Even as she continues to smash a golf club into Mad Clown’s laptop, kick his arse as they physically fight one another, beat him at a game of thumb wars, or smash the telephone with a baseball bat when he tells her to leave, she does it all with a seductive nonchalant smirk on her face that expresses her amusement at antagonizing him.

Yet despite her actions, there is clearly an unprecedented attraction she feels towards him, but her personality is split in such a way which means it is more enjoyable for her to get a reaction out of him, in a sort of twisted love affair. This notion is illustrated clearly when we see Hani poke and prod at Mad Clown while he sits on an armchair and she stands behind him. She feigns strangling him, pulling his hair and his cheeks, before she hugs him in an almost loving way.

As the video progresses Mad Clown vies to get his own back, even going as far as to vandalise his own shiny sports car with an expletive to send her a message. He tries his best to separate himself from her, where at one point he attacks a tree with a chainsaw, carved on which are the words ‘Mad C+Hani’ with a love heart, as well as burn her favourite pair of shoes and spray a giant resounding ‘X’ on a photograph of her. This doesn’t go down too well as we see at the end he ends up in a wheelchair with a neck brace for an accessory. 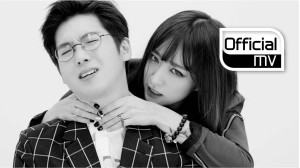 However, amidst all of the cruelty against one another, we also see some scenes that give us an indicator of how the couple are forever stuck with one another, no matter what they do. As they sit on a chair together, him covered in lipstick, we see their arms handcuffed together, unable to break apart. At an earlier scene, they are standing together — arms linked — when suddenly four bullet holes pierce through the screen and every single one fails to hit them, and they remain standing there completely nonchalant, as a force of turmoil that is indestructible to the outside world, but on the inside is destined for trouble.

The fiery relationship portrayed in this video, to an exaggerated degree perhaps, is representative of many real life destructive relationships. Mad Clown feels an urge to escape but is dragged back by the words of Hani, his ever present love for her no matter what she does, the confusion and loneliness he’d feel without her and an inability to cope.

Mad Clown: I try to read you and read you, but I don’t get you, I can’t do this anymore

Hani: You’re the happiest with me, so pick to suffer than be lonely

She was the alluring fire he chose to chase, and she ended up burning him. Despite their almost psychotic relationship, in the end he inevitably chooses to stay with her, unable to escape, ending with the more than appropriate choice of words:

Am I mad? Or are you mad? I guess I’m mad for staying with a mad person.

Overall I think the MV does an impressive job with portraying the various dynamics of the destructive relationship. A good decision was made to keep the video black and white in its entirety as it seems a better option to allow the emotions being portrayed to translate better, rather than be distracted by colourful settings and outfits. An even better decision was to choose Hani as the leading co-star as she is really able to bring the character to life and provide a chemistry with Mad Clown that just works.