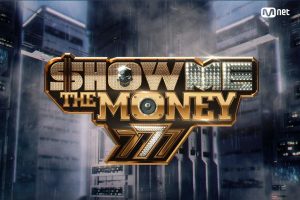 Mnet’s Show Me The Money 777 ended last Friday, crowning a winner after 13,000 auditions, nine episodes and a 2-hour-long final live broadcast on TV. The three finalists, Nafla, Kid Milli and Loopy performed two original songs each across two rounds to earn live audience votes, before the overall winner was announced with much fanfare (and some tears). We previously covered the highlights of the first five episodes, but the second half of the season has had more than a few great moments too, which we’ve collected below. We won’t spoil the ending for you if you haven’t seen it – watch the finalists’ performances as well as the best of the eliminated rappers below and judge for yourself who deserved the win!

For many, this is the highlight of every SMTM season. The diss battle pits two teams against one another, with each rapper preparing a diss verse (and any accompanying props or gimmicks) targeting a rapper from the opposing team. Superbee has earned a reputation for being a tough opponent in this round, but with Loopy it seemed he had met his match; their battle was one of the closest and divided audiences with their very different styles. Loopy manage to secure his win by only a few votes.

Another controversial loss, dark horse EK put on an extremely polished and impressive performance in the quarter-final with his first solo song, “GOD GOD GOD”. Although he lost to Kid Milli, his performance gained a great response from the audience and will likely go down in SMTM history, along with other past legendary performances from the show. Rather than bringing in a feature artist, as many do, EK chose to bring in his hip hop dance group, MBA Crew, to perform with him. Together they showcased sharp choreography, great chemistry and meticulously planned stage details that put most other SMTM performances (including those that came after his elimination) to shame.

Once again up against Loopy in the semi-final, Superbee enlisted the help of previous winner and veritable SMTM legend, Bewhy. “Superbeewhy” is the result of their collaboration, cleverly combining their names whilst also acting as wordplay for “with Superbee” in Korean. The stage for “Superbeewhy” recalls Bewhy’s epic performances back in Season 5, with a full orchestra and dramatic blue lighting illuminating Superbee’s figure as he stands above the audience and raps at high speed. While the stage was powerful and memorable, it was unfortunately a little too much “Bewhy” and not enough “Superbee”; their performance was narrowly beaten by Loopy’s semi-final performance, “NoNo” featuring Simon Dominic.

4. The Return of Mommy Son

If you didn’t watch the earlier episodes of this season, masked rapper Mommy Son (widely speculated to be Mad Clown in disguise) was eliminated in the early rounds of the competition after forgetting his lyrics on stage. He subsequently released the comedic diss track and music video, “Shonen Jump”, calling out the judges of the show and dissing current Korean hip hop over an upbeat pop rock instrumental. Quite possibly the single best thing to come out of this season, the video has gained over 27 million views on YouTube, far exceeding those of pretty much any SMTM video. Jumping on the bandwagon, Mnet invited Mommy Son back to perform “Shonen Jump” at the final, presumably in an act of comedic irony. Don’t be fooled by the various shots of audience members looking nonplussed – this was by far the most entertaining performance of the night, made all the more amazing by the hilarious irony of the fact that his lyrics tell Korean hiphop to “go to hell”, and that Mommy Son’s delivery of said lyrics was absolutely flawless.

Rising rookie rapper Kid Milli rose through the ranks of the competition as expected, beating out EK and OLNL to become the first of Team Code Kunst and Paloalto’s finalists. While his stage charisma and energy are a little lacking compared to his rivals, his unique flow combined with Code Kunst’s producing made for some great songs during the season. “Change” featuring Gray is one of the highlights; chilled, spacious instrumentation along with a catchy melodic hook makes it one of the more enjoyable songs out of his SMTM efforts.

Although his nasal, drawling voice may turn off some listeners, you can’t deny that Loopy’s style is distinctive. From the beginning, his relaxed, lazy rap style provided a refreshing change to others’ more aggressive rap. But over the course of the competition, this flow and tone became somewhat repetitive. However, it pairs perfectly with Code Kunst’s chilled, airy production, and Loopy was able to gain a significant amount of popularity during his time on SMTM, with audience votes taking him all the way to the finals. “Save” featuring Paloalto is one of his better songs from the show, charting impressively well even weeks on from the episode’s broadcast and contrasting nicely his sharp nasal voice with Paloalto’s deeper tone.

The favourite to win from the moment his participation was announced, Nafla performed consistently well from beginning to end, showing admirable versatility by doing well in both the rap-focused early rounds and the more music-focused later rounds. With stage charisma and raw vocal power to spare, “Bite” shows Nafla at his best, effortlessly carrying the whole song without any additional featuring artists or repetitive hooks. Channeling his inner demon, “Bite” samples Zion.T’s eerie song, “Madam”, and is a boom-bap track full of aggressive and powerful rap lines, with a final verse and musical change-up that is almost unsettlingly sinister and hypnotic. The stage version works even better – illuminated with bright red light and crouching and growling his rap like a wild animal, Nafla successfully transported his audience to hell and back, and there was no-one that didn’t enjoy it.

Despite its status as a competition, the best thing about SMTM is that it shines a light on Korea’s underground hip hop scene and brings underrated artists to the public eye (and ear). Unlike previous seasons, SMTM777 has emphasised healthy and good-natured competition over drama and bad blood, bringing out the best of its many contestants and maintaining a vibe of love and peace throughout. The contestants’ love of hip hop and rap brought them together, and nowhere is that best shown than in the stage for “119”, a collaborative song produced by Gray featuring a verse from each of the top six rappers.

Overall, Show Me The Money 777 has been an unexpected success for Mnet, thanks to a welcome change of attitude and a talented cast of contestants. Special stages that highlighted teamwork and throwback stages for eliminated contestants demonstrated an unusual amount of goodwill from the notoriously “evil” broadcaster and meant each rapper’s abilities were well showcased with much less ulterior ill intent. New competition rules kept the content interesting (although the significance of the “fight money” still eludes me) and the choice of producers helped SMTM’s music stay fresh, thanks especially to Giriboy and Code Kunst. While the second half of the season did lose some momentum by replacing gritty rap battles with hit-or-miss music stages, talented and distinctive contestants meant the series was still worth following to the end. At this rate, SMTM may yet be back for an eighth season, and audiences like myself may yet tune in again. 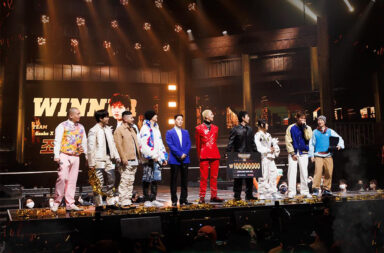