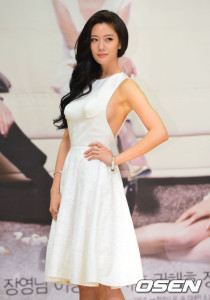 To update in the ongoing saga between Clara and Polaris Entertainment, Clara has now been ordered to cease all her activities within South Korea by the Korean Entertainment Management Association (KEMA) on January 28. The statement outlined that due to the lawsuit becoming a  controversy and her unprofessional actions in the eyes of the public, it would be best if she refrained from continuing her activities.

Those following the saga will know that it has become a messy situation with accusations of sexual harassment and false claims being thrown into the mix. Negative public sentiment against Clara has been rising as the case is pushed into the spotlight with even her real age coming into question. Furthermore, all this negativity has lead advertisers that use Clara to endorse their products to threaten to file lawsuit for defamation of their brand name. Whatever the outcome of the lawsuit is, for now it seems that Clara has found herself in hot water, and it is rising fast.

Despite the verdict from KEMA being passed, it was confirmed that Clara will still continue her scheduled activities, with her spending the next few months overseas. It seems that the KEMA statement may have been taken more as guidelines than law with Clara expected to return to Korea sometime in March instead of halting activities indefinitely.

For all those hoping that 2015 would be a better year for Korean entertainment industry, it seems that some of the controversy of 2014 has been allowed to spill into this year. Here’s to hoping for the best from now on though!