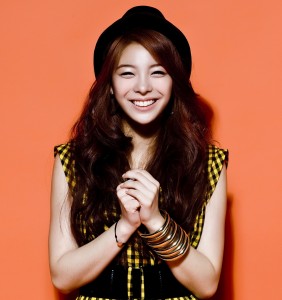 It’s the end of year and everybody is counting down to Christmas. However, there is something else besides Christmas to get excited about. End of year ceremonies! The SBS Awards Festival, or SAF, begins at 8:45 pm KST tonight and it is sure to go off with a bang with performances from the top tiers of Korean entertainment.

End of year ceremonies have always been the place where idols can step up their performances with collaborations and experimentation. In the line up tonight are collaborations between Ailee and Sung Si-kyung, 2PM’s Nichkhun, CN Blue’s Yong Hwa, B1A4’s Baro, Infinite’s L and WINNER’s Mino in a group called the ‘Lucky Boys’, and Seo Taiji with as-yet unknown idols.

Also, performances from Taeyang, GD, 2NE1 and many more are expected. Though the show has already become a stage for controversy with Park Bom not performing with her fellow members of 2ne1, it is sure to be a great night full of top-notch performances.

Mixing it up further this year, producers have decided to bring back the presentation of awards to the show after eight years. The public saw the decline in the award ceremony back in 2006 when the fairness of the awards came into question. Hopefully, the inclusion of awards will not take away from the excitement for this year’s performances.

The stages are set and the idols are ready; will you be watching? If so, join us in the comments below and let us know what you think of the performances!