Loco Is Super Cool In "Thinking About You" 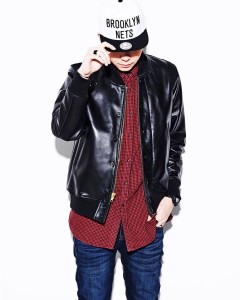 o seems to be very unfortunate to have a thousand dislikes from YouTube viewers on “Act Serious,” from his debut mini-album, Locomotive.  As some might know, Loco caused some stir when an Islamic call for prayer (adzan) was used as background music for “Act Serious.”  Since then, Loco and his producer WallE have issued an apology and had cut the adzan piece out of the song. This incident, however, has really put Loco in a hot potato situation.

The incident also overshadows the release of the MV for his song, “Thinking About You,” which incidentally, I think is a brilliant MV for an addictive song.  The song is scintillating to say the least and the MV is super cool.

I first came across Loco while watching the rapping audition show, Show Me the Money’s (SMTM), first season. At that time, I was thinking how he really stands apart from other competitors, not necessarily in terms of rapping skills but because of his shy boyish charm. I was also thinking how he did so well reflecting his charm through his rapping style too. He doesn’t really come across as your typical cocky/brash/bling ring/angry type of rapper. His style is a style of some sweet emotion coupled with controlled aggression and romantic lyrics. His last single, “Hold Me Tight,” is the perfect example that epitomizes his style as a rapper.

It is to great joy then to know that he carries on that style for his mini-album Locomotive.

Loco and his producer have chosen “Thinking About You” featuring Jay Park as the first MV track for Locomotive. The lyrics for this song is actually quite simple. It tells about how hard it is to wipe that dream woman of yours out of your head.

A silhouette running around my head

Watch again and again, it never gets old

When our eyes meet and you smile, I just can’t stay still

It’s neither the most sophisticated concept nor will he have my kudos for most original lyrics, but there are many cases where cheesy lines delivered with some panache could make a huge difference. This is certainly true for “Thinking About You.”

Right off the bat, Loco greeted us with his playful, almost flirtatious rap voice which is kind of unexpected but just goes to show you the likable charm of his. It also goes to show his super ability to execute various styles of rap, from the straight-forward rap in “Hold Me Tight” and “Home” to the rubik’s cube style of rap in “Thinking About You.” To have the talent to tackle both styles, Loco simply amazes me.

His tempo and flow isn’t bad either. His use of various vowel sounds in his rhythmic phrases like ‘silhouette–jiruhae,’ ‘mot ja–ireumjocha,’ or ‘eobsi–onjongil’ feels very easy to follow without sounding too repetitive. I also like how he chooses to use simple echo pieces in verse transitions making the flow of the song on the smoother side rather than hectic and brash. 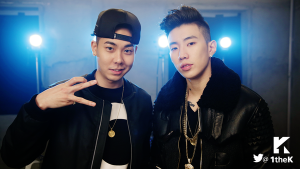 However, the best piece in this song is how Jay Park’s unique vocal somehow complements Loco’s flirty rap voice magnificently. Both voices actually represents the song very well; while Loco’s flirt represents the sexual attraction of this song, Jay’s vocal speaks for the gentleman-romantic side you aspire when chasing your dream girl. I really feel the chemistry between the two in this track, I am going to watch out for more collaborations between them in the future.

To be honest, there is nothing special with the MV. But precisely because of that, I think the MV is quite special. Many K-hip hop MVs of today either just goes over the top with its concept or are just simply recycling old concepts. Exhibit I, Gary‘s MV for his single “Shower Later” had the opposite effect of sexiness as it had intended because of too much vulgar flaunts actually  turns the MV into basically a soft porn. Exhibit II, as we have discussed, G-Dragon and Taeyang‘s collaboration single “Good Boy” just couldn’t keep its concept fresh and instead retorted to recycling old sets and choreography.

The “Thinking About You” MV, however, tries to embrace what I think is the new cool in the hip hop scene: down-to-earth hip hop. True to his style of rapping, the MV opts for the philosophy of being less is more. There are no excessive bling-bling hanging on his neck, no metal teeth, and no crazy black sunglasses indoors either. Even the background sets and props are super minimalist.

But this is a hip hop MV after all, and like any other hip hop MV, it won’t be complete without the presence a hot chick. Meet then model Seoyoon Lee Carpentier as the baddest chick in Loco’s mind. With her piercing gaze, a hot body, and tattooed artistry, no wonder Loco goes loco for her. And with a big yellow serpent crawling in her lap, how can you not call her dangerously sexy, eh? Somehow with that minimalist background, her femme fatale sexiness really resonates very well. She —and her serpent for that matter— is like a work of art in a blood red canvas. The use contrast technique in this MV is one my favorite touches.

I also quite like how the MV is playful on its pop culture references. The big yellow serpent is of course a reference to Britney Spears‘ iconic performance in “I’m A Slave 4 You.” Meanwhile, the choreography in the MV bluntly borrows its influence from Beyonce‘s “All The Single Ladies.” And even Loco’s fashion statement with black clergyman’s hat and black and white jacket looks like something from the catalog of G-Dragon’s wardrobe. Having said that though, I just hope that it’s not just another case of creative plagiarism.

All in all, this track and its MV is dope. It may not be perfect, but it is more than enough for me to say that Loco is definitely the new cool boy in the Korean hip hop town. I truly think Loco has stamped out his authority as one of the most promising rappers in the K-hip hop scene with this debut mini album. Now, I really can’t wait to know what else will come from him in the future.

What do you guys think about the song and the MV?