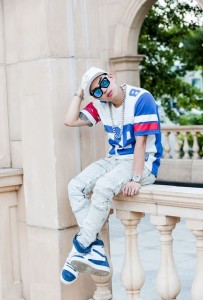 2014 continues to pop out scandals like a PEZ dispenser. This time, crooner and TROY member, Bumkey, is the main character.

According to reports, Bumkey was investigated and arrested for suspicions of illegal drug dealing. Back in October, he was allegedly caught in an investigation regarding the dealing and usage of illegal psychotropic drugs. The arrest occurred after courts thought evidence may be destroyed or that he may try to flee the jurisdiction. There is currently no indication of what specific drug is involved.

In addition to Bumkey, others were also arrested, including a doctor and a music producer, who were acquainted with the singer. “Close sources” state money exchanged was repayment of debt, and Bumkey tested negative for actual drug usage. The same source states this is perhaps a situation of guilty by association.

Bumkey’s maintaining his innocence. BrandNew Music has released an official statement but has left out any details. They, too, assert Bumkey’s innocence and are letting the court process bring out the truth.

Bumkey is joining a growing list of Korean music artists involved in drug scandals, such as G-Dragon, DMTN‘s Daniel and E-Sens.

Time will tell how this situation ends up and what the effect this scandal will have on Bumkey’s career.