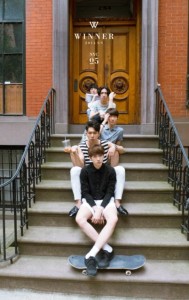 Nam Taehyun from Winner has been in the spotlight recently for using informal speech (“banmal“) to fans at a concert.

On November 22, Winner and other groups performed at the GS& Concert 2014 event at the Jamsil Gymansium in Songpa-gu, Seoul. Leader Kang Seung-yoon began to introduce himself when Taehyun suddenly yelled “He’s talking!” (얘기하잖아!) to a group of loud fans, clearly in an attempt to get them to stop and listen. Seung-yoon didn’t seem to know how to react and kind of just sheepishly laughed it off and thanked him.

“At the time, I wasn’t angry. I only wanted fans to feel closer to me, but it turns out that speaking banmal became a problem. I am very sorry for that. I wasn’t thinking. This has made me realize how important every word I say is. I’ll be more careful in the future.”

Taehyun using banmal is the main issue here. Korean is a language with a complicated honorific system that requires speakers to change words and verb endings based on social context and the person they’re addressing. This system places heavy emphasis on age and on social status. Korean has three different speech levels spoken in everyday use and six levels in total. Banmal (반말) or “informal speech” refers to the lowest speech levels, which one should only use with friends and people of the same age or younger. Jondaetmal (존댓말) is what one should use for strangers or older people. (The categories can be broad and confusing, and the terms used can overlap somewhat, but these are the main distinctions between the two. Dana went more in-depth on the subject.)

Jondaetmal-level speech is the default for any sort of interaction, and adults don’t usually converse in banmal (which literally means half-speech) unless it’s immediately clear that one is in a higher position or is significantly older than the other. Giving permission to speak in banmal shows a degree of familiarity and closeness that speaking in jondaetmal doesn’t convey. On the other hand, speaking in banmal without permission can be used to show disrespect and anger. Speaking to a stranger without honorifics can be almost unthinkable, unless seriously provoked or angered. Speaking informally without proper invitation can thus be seen rude and belittling, as if scolding a child.

Therein lies the problem with Taehyun using banmal — it is so easy to misconstrue it as being rude and condescending. Even on broadcasts and in public, celebrities tend to only use jondaetmal (even to inferiors or younger people) because they are being heard by a lot of people. The fact that Taehyun was on a microphone on a broadcast, and that he is a rookie idol, makes the situation worse. Plenty of older, more established celebrities definitely get away with informal speech on television, but Taehyun’s young age and lack of seniority in the industry are points against him in this social context, as it is seen as being too familiar. The thing is, he claims to be speaking informally to make fans “feel closer” to him.

Incidentally, I see this as a growing issue in idol culture today. Idols rely on their devoted fanbases for popularity and sales, which requires them to maintain (at least an appearance of) closeness and familiarity with their fans. How many times have we heard an idol refer to his ideal type as “my fans”? How many times has an idol said that his only girlfriend is “my fans”? The pretension of such a close (but imagined) relationship invites informal speech between the idol and the fan. It’s a unique problem in that usually adults who have had no prior contact expect to use jondaetmal; but now, these fans and these idols may sometimes choose to use banmal in order to feel closer, which could cause confusion and misunderstandings.

Even if Taehyun was joking, it is easy for such a comment to be taken the wrong way, especially because he sounded annoyed at the time (though the fans were also being disrespectful, loudly screaming over a member’s speech). Although his face can’t be seen, Taehyun’s voice is clearly heard in this video above, starting at around 5:50. Judging from the clip, do you think Taehyun was geniunely angry, or do you think he was only joking? Even if you do, do you think it was the appropriate time to speak in banmal? 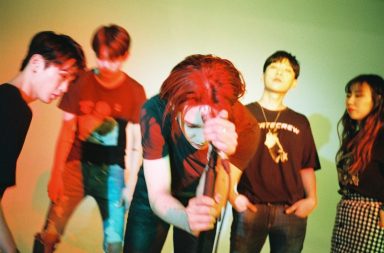