Yoon Eun-hye Confirmed for "After Love"

On November 15th, J Army Entertainment confirmed that Yoon Eun-hye has been cast in the upcoming Korean-Chinese film After Love alongside actor Park Shi-hoo.

The film, projected to be released in the second half of 2015, will be a melodrama centered around the idea of “love and sacrifice” as well as love realized all too late. After Love is slated as a joint effort between Korean and Chinese production companies and is planned to be released and promoted simultaneously in the two countries. Filming will begin in late November and alternate between Jeju and Beijing.

Casting for After Love has been a matter of public controversy since the announcement that Park Shi-hoo was in consideration for the role of the male lead.

The film will mark Park Shi-hoo’s first Korean comeback since the sexual harassment allegations raised against him in 2013; although Park has been active in China. The sexual assault charges, although suspiciously dropped, have no doubt tainted his domestic reputation. By the time the film is released it will have been over two years since his scandal.

As for Yoon Eun-hye, fans remain on the fence regarding her casting alongside the controversial actor. Even before her casting was confirmed, Yoon’s fans adamantly protested her co-starring with Park Shi-hoo through postings in her newly established fan cafe.  The response to the casting, in addition to persistant slanderous posts, lead to the cafe closing only a month after opening.

After Love will represent Yoon Eun-hye’s first foray into the Chinese film industry, although she is quite well known in China as a Hallyu star. Fans in both countries seem anxious for her big screen return. Yet, Korean fans remain hesitant to accept the casting of the male lead.

It seems like the film, even in pre-production, is not off to the best start.

Readers: How do you feel about Park Shi-hoo’s Korean comeback? Do you think Yoon Eun-hye’s casting in After Love will do more harm than good? 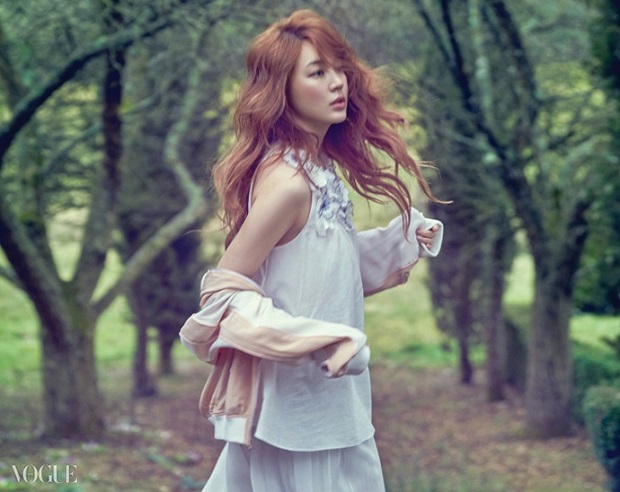