"Miss me or Diss me?" It's Definitely Miss, MC Mong 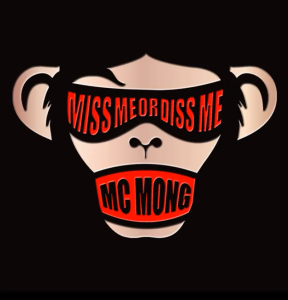 After 5 years of silence, MC Mong is back with the title track “Miss Me or Diss Me” featuring Mad Soul Child’s Jinsil. It is a genuine and eye-catching song and MV to restart a career once marred by negative press and public opinions.

MC Mong has been absent from the entertainment industry since his military enlistment evasion scandal broke out in 2010. Dealing with negative public sentiment, he was forced to take up a life isolated from the public. Now, backed up by the company Wellmade Yedang, parent company of Girl’s Day’s Dream T Entertainment, MC Mong has taken a step back into the lime light with a new album and title track called “Miss me or Diss me” which dropped on Novemeber 3rd.

The song “Miss me or Diss me” portrays MC Mong’s complicated feelings in being isolated from the public after such a successful career, asking the public, ‘Did you miss me or diss me?’ The song interweaves his feelings in a story about someone whose lover has left without saying anything.

MC Mong does not shy away from portraying the uglier emotions that come with loss; anger, confusion, loneliness, and longing are all felt heavily in this song. This combined with stunning MV visuals, Jinsil’s vocals, and MC Mong’s rapping creates a package that is genuine in its expression of emotion.

As MC Mong draws from his own personal experience, “Miss Me or Diss Me” is the perfect header for him to rebuild his career.

But will the public missed him or will they diss him?

With his his tracks already dominating the top 10 on Naver and Mnet, it is safe to say that the public really has missed him.